GS-7977 plus ribavirin rapidly suppresses HCV but most patients relapse 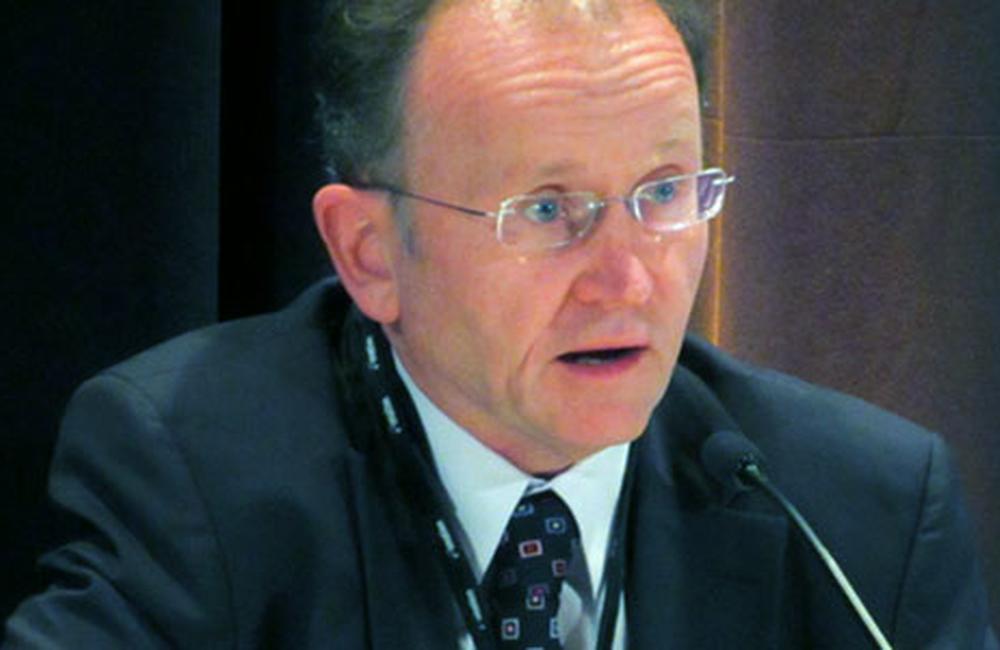 Presenter Edward Gane
This article is more than 10 years old. Click here for more recent articles on this topic

An interferon-free combination of the experimental polymerase inhibitor GS-7977 plus ribavirin potently and rapidly reduced hepatitis C virus (HCV) levels, but almost all patients experienced viral rebound after they stopped treatment, researchers reported on 6 March at the 19th Conference on Retroviruses and Opportunistic Infections in Seattle.

Approval of the first direct-acting hepatitis C drugs has ushered in a new era of treatment, but many patients and clinicians eagerly await therapy that does not require interferon and its difficult side-effects.

GS-7977 (formerly PSI-7977) is a uridine nucleotide analogue HCV polymerase inhibitor that has demonstrated potent antiviral activity, good safety, and a high barrier to resistance in early studies. In contrast with the two currently approved HCV protease inhibitors, GS-7977 can be taken once daily with no food requirements.

Edward Gane from Auckland City Hospital in New Zealand presented the latest data from the ELECTRON trial. As reported at the Liver Meeting in Boston last autumn, 100% of previously untreated patients with easier-to-treat HCV genotypes 2 or 3 experienced rapid virological response (RVR) using a dual combination of GS-7977 plus ribavirin for 12 weeks. All went on to achieve sustained virological response (SVR) at 12 and 24 weeks after the end of treatment, generally regarded as a cure.

This analysis included 10 genotype 1 null responders who previously had less than a 2-log reduction in HCV RNA with a prior course of pegylated interferon plus ribavirin. All were treated with 400mg once-daily GS-7977 plus 1000 or 1200mg weight-based ribavirin for 12 weeks.

A majority of participants (65%) were men, 90% were Caucasian and the average age was 48 years. Most had HCV genotype 1a; 20% of prior null responders and 44% of treatment-naive patients had the favourable IL28B CC gene pattern.

Both treatment-naive people and null responders experienced rapid viral suppression, with all of them reaching undetectable HCV RNA (< 15 IU/mL) by week 4, as was seen previously in the genotype 2/3 group. All genotype 1 participants maintained viral suppression at the end of 12 weeks of therapy.

Among genotype 1 null responders followed past the end of treatment, however, results began to diverge from those of the genotype 2/3 patients. All but one null responder experienced viral relapse soon after stopping therapy. The sole sustained responder had a highly favourable profile of response predictors: a young woman with the IL28B CC pattern and minimal liver fibrosis. (Data for genotype 1 treatment-naive patients will be presented later this year.)

The GS-7977/ribavirin combination continued to show good tolerability. There were no serious adverse events and no premature discontinuations. No viral breakthroughs occurred while still on treatment, confirming the drug's high barrier to resistance.

Based on these findings, the researchers concluded that, in future studies of GS-7977 for genotype 1, prior null responders are likely to require longer treatment duration or addition of another direct-acting antiviral agent.

"Interferon-free treatment is not a dream", Gane stated at an accompanying press conference. "It's a reality and I think it will be here within the next five years."

A webcast of the session, Breakthroughs in hepatitis, is available through the official conference website.