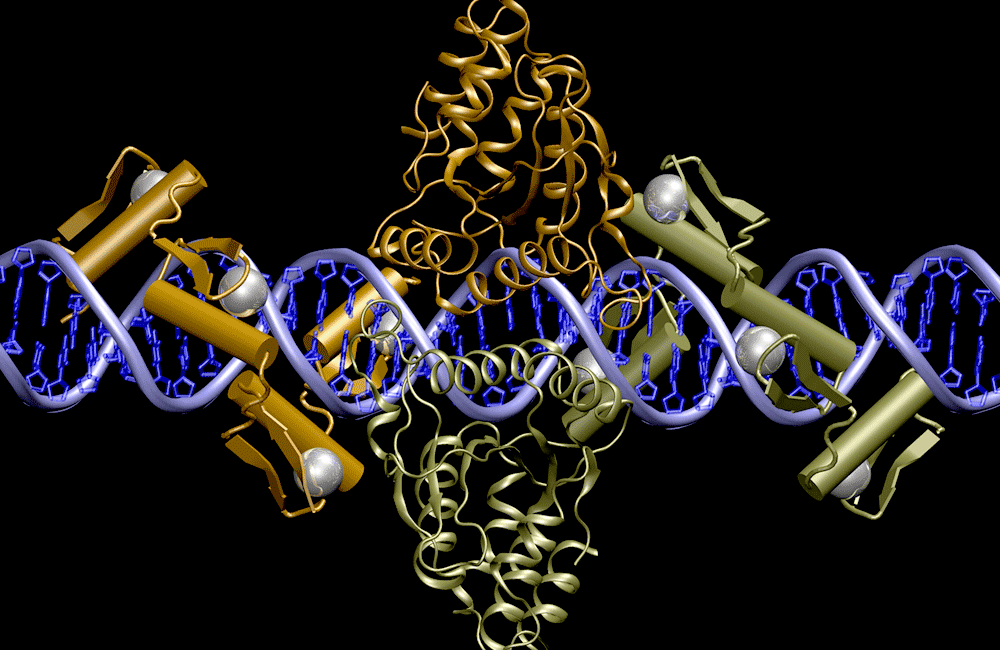 Gene therapy that interferes with co-receptors on the surface of T-cells can protect these cells from HIV infection, representing a potential first step toward achieving a "functional cure", researchers reported at the 18th Conference on Retroviruses and Opportunistic Infections (CROI), taking place this week in Boston.

HIV uses two different surface co-receptors – CCR5 and CXCR4 – to enter CD4 T-cells. If the co-receptors are blocked or disrupted, the virus is unable to enter cells. Two presentations on Monday looked at using gene therapy to create cells that lack these receptor proteins and therefore are protected from infection.

This work draws upon knowledge gained from 'elite controllers', a small proportion of HIV-positive people who have a natural genetic mutation known as CCR5-delta-32. These individuals do not express CCR5 on their T-cells and are able to maintain undetectable or very low viral load without antiretroviral therapy.

Similarly, a man dubbed the "Berlin patient" received two bone marrow transplants to treat leukaemia from a donor with the delta-32 mutation. His own immune cells were destroyed by chemotherapy to wipe out the leukaemia, and his immune system was reconstituted with cells that lacked CCR5. The man stopped antiretroviral therapy, and three years later researchers are unable to find any trace of HIV.

Given that bone marrow transplants are not feasible on a large scale, investigators are exploring other ways to achieve a similar outcome.

Lalezari's phase 1 study included six HIV-positive participants on antiretroviral therapy. All were men, most were in their early fifties, and they had been infected for twenty to thirty years. They had undetectable viral load (< 50 copies/ml) but had not experienced optimal CD4 cell recovery, having counts within the 200 to 500 cells/mm3 range.

Participants underwent a procedure known as apheresis, in which blood is withdrawn from the body, T-cells are filtered out, and the rest of the blood is returned.

Harvested T-cells were sent to a laboratory where they were activated and treated with the zinc finger nuclease carried by an adenovirus vector. The nuclease causes a double-strand DNA break in the CCR5 gene, Lalezari explained, and the repair process permanently disrupts the gene.

Treated cells were expanded outside the body and about 25% were successfully modified. The CCR5-deleted cells – known as SB-728-T – were then frozen, sent back to the study clinics, and re-infused back into the original patients. Two cohorts received doses of ten and twenty billion cells; a third cohort, now underway, will receive thirty billion cells.

The apheresis and re-infusion process was safe and generally well-tolerated. Some participants experienced flu-like symptoms, but these were temporary. No serious adverse events or abnormal lab tests were observed. "There don't appear to be any safety issues," Lalezari said at a press conference discussing the study.

In all six participants the altered CD4 cells engrafted, or took up residence in the body, and proliferated in a manner similar to normal T-cells. Five of the six experienced significant, sustained increases in number of CD4 cells, averaging about 200 cells/mm3, though gains varied widely across patients and over time.

Five participants also experienced normalisation of the CD4 cell to CD8 cell ratio, which is typically reversed in people with HIV.

After 90 days, up to 7% of peripheral blood CD4 cells showed the CCR5 deletion. Rectal tissue biopsies revealed that the altered CD4 cells were distributed to the gut lining like normal T-cells.

The observed expansion of CD4 cells was on average three-fold greater than expected based on the number of infused cells, Lalezari noted. He acknowledged, however that the alteration procedure involved activating the cells, which may have contributed to their proliferation.

The one participant who did not respond as well to the treatment had high levels of antibodies against the adenovirus vector, which may have made the CCR5 deletion procedure less effective.

These results represent a proof of concept that further validates the Berlin patient findings, Lalezari said, but he cautioned that it is too early to talk about these results as a cure.

The next step will be to test the CCR5 removal procedure in HIV-positive people with replicating virus to see if re-infusion of altered CD4 cells reduces viral load and confers a clinical benefit. Researchers will look at treatment-naive individuals who have not yet started therapy, as well as some treatment-experienced "salvage" patients who are not responding to current therapy.

The hope, Lalezari said, is to provide a reservoir of cells that are resistant to HIV infection. If the gene therapy technique is successful, it should confer a significant survival advantage, since protected cells would continue to proliferate while susceptible cells would be infected with HIV leading to their early death.

Since HIV can use both CCR5 and CXCR4 to enter T-cells, disruption of both co-receptors would be required to fully protect a cell from infection.

Craig Wilen from the University of Pennsylvania and colleagues presented some of the first data on gene therapy to interfere with CXCR4 expression on CD4 cells.

This team also used zinc finger nuclease technology developed by Sangamo. Here too, the nuclease causes a double-strand break in the CXCR4 gene. Mutations introduced during the repair process disable co-receptor expression. Cells with the most common mutation, CXCR4-delta-18, showed little or no surface expression of the co-receptor.

In mice with humanised immune systems, the altered CD4 cells were protected against infection with HIV strains using the CXCR4 co-receptor. A protective effect was evident by 14 days after re-infusion, although the effect waned over time.

Blocking CXCR4 may prove more challenging than blocking CCR5. People with the natural CCR5-delta-32 mutation are generally healthy, with minor immune system variations conferring greater resistance or susceptibility to specific infections. The potential consequences of blocking CXCR4, however, are not fully understood. Wilen noted that the technique under study specifically targets mature CD4 T-cells, which likely would have less effect than targeting CXCR4 in all cell types.

Research to date suggests that it will be necessary to target both CCR5 and CXCR4 in T-cells, Wilen said, and his studies showed that both can be accomplished in the same cell.

Altering mature CD4 T-cells has been shown to confer protection from HIV infection, at least in the short term. But using a similar gene therapy approach on haematopoietic stem cells, which give rise to all types of blood cells including CD4 cells, might confer longer term – and perhaps life-long – protection.

While the apheresis and gene therapy approach is quite expensive initially, researchers are now exploring how the procedure might be scaled up. If cell modification only needs to be repeated infrequently – or better yet, only once ever – it might prove cost effective compared with life-long antiretroviral therapy.

You can also watch a webcast of the presentations made at this conference session, including the speakers Jay Lalezari and Craig Wilen.