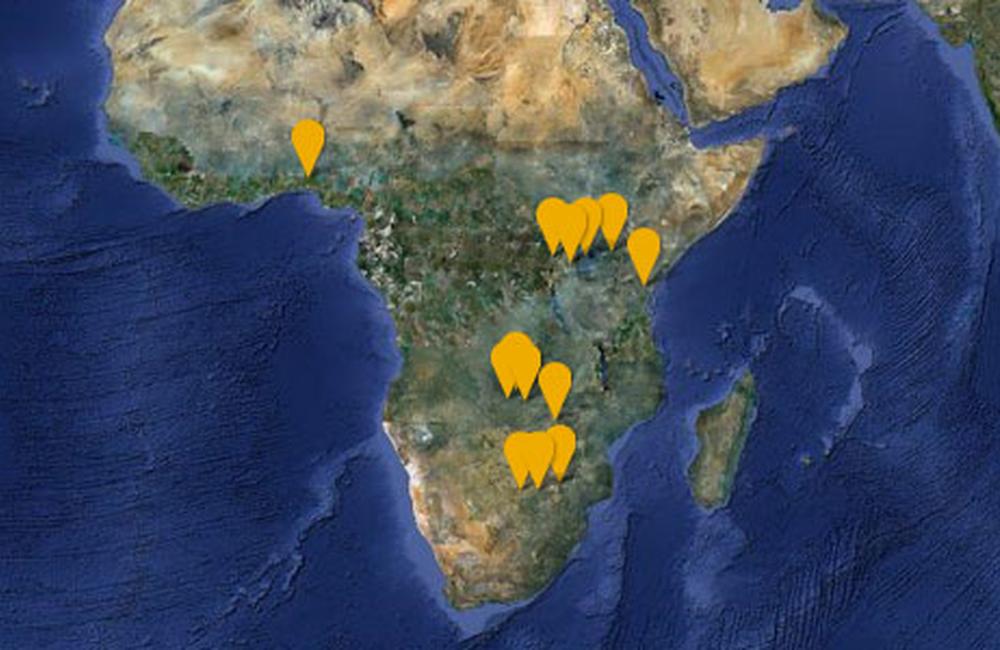 The PharmAccess research looked at 13 sites in 11 countries.
This article is more than 12 years old. Click here for more recent articles on this topic

Signals warning of the transmission of drug-resistant HIV are growing in low- and middle-income countries, and governments should step up surveillance efforts as they scale up treatment, experts concluded today at the Eighteenth Conference on Retroviruses and Opportunistic Infections (CROI) in Boston.

A World Health Organization (WHO) survey of 'early warning indicators' – levels of performance that treatment services should be hitting in order to minimise the risk of drug resistance – showed substantial problems with drug stock-outs, loss to follow-up and patients picking up drugs on time in nine African countries in 2008.

Furthermore, a survey of recently infected young people in Kampala, Uganda, showed that 8.6% had evidence of drug-resistant virus, with resistance to all three classes of antiretroviral drug currently available in the country detected among the sample.

In Latin America, rates of transmitted drug resistance may run as high as 20% in some parts of Brazil, and 6.8% in Mexico, researchers reported.

Viruses resistant to drugs used in HIV treatment may be transmitted by people on treatment that is failing, or by people who have stopped or interrupted treatment. The best way of preventing the transmission of drug-resistant virus, apart from consistent condom use during sex, is to ensure that doses of medication are never missed.

However, interruptions in drug supply and difficulties in reaching the clinic to pick up drugs, often due to poverty or fluctuating income, mean that even patients with good adherence to treatment may be blocked in their efforts to take medication consistently.

For this reason the World Health Organization developed a set of early warning indicators that are being monitored at a large sample of HIV clinics in sub-Saharan Africa, in order to give advance notice of problems, and to provide feedback to clinics on how they are doing.

A review of clinic performance in sub-Saharan Africa in 2008 found that in respect to indicators most likely to affect adherence, clinics needed to improve substantially to minimise the risk of resistance.

PharmAccess carried out a review of drug resistance in 2478 treatment-naive patients commencing antiretroviral treatment at 13 sites in eleven countries, and found an overall prevalence of 5.71% (95% confidence interval 4.82 to 6.70%). Resistance to all three drug classes was found (NRTIs 2.2%, NNRTIs 3.41% and PIs 1.27%). The presence of resistance at a site was significantly associated with the time since the initiation of ART provision in that geographic area (odds ratio 1.56, p<0.001). The researchers calculated that the risk of resistance increased by 38% for each year of ART provision.

A survey conducted in 2009 and 2010 in Kampala, Uganda, which sought to identify young people recently infected through voluntary counselling and testing centres, found an apparent increase in transmitted drug resistance when compared to a sample of young women tested through antenatal clinics in 2007. Although the level of resistance identified was somewhat higher than the 2007 sample, at 8.6%, the researchers said that the prevalence of resistance was still low to moderate.

Nevertheless, they say it is time to step up resistance surveillance in Uganda.

Resistance surveillance in Brazil using dried blood spot sampling and testing through a central laboratory showed large regional variations, with prevalence of transmitted resistance as high as 19.9% in Salvador province and 12.8% in Rio de Janeiro.

Unlike in Africa, where the predominant form of transmitted drug resistance is non-nucleoside reverse transcriptase inhibitor resistance relating to use of nevirapine and efavirenz, resistance in Brazil is more likely to be related to use of nucleoside analogues, and may reflect the past use of unboosted protease inhibitors, leading to greater emergence of NRTI resistance when those regimens failed.

You can view the abstracts and poster presentations from this research on the official conference website:

You can also watch a webcast of the presentations made at this conference session.