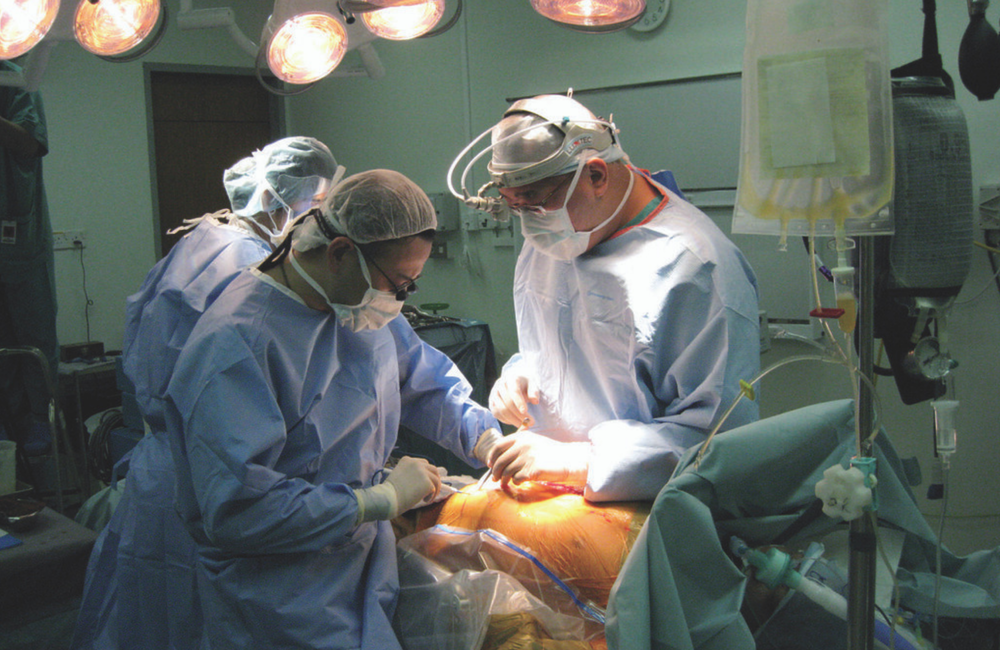 Survival after a liver transplant has improved significantly in people with HIV and hepatitis C co-infection since the introduction of direct-acting antiviral treatment for hepatitis C, US researchers report in the journal Transplantation Direct.

Due to faster progression of liver damage in people co-infected with HIV and hepatitis C, people with both viruses are especially likely to develop end-stage liver disease and require a liver transplant. Prior to the introduction of direct-acting antiviral (DAA) therapy from 2013, people with HIV had worse outcomes after liver transplantation, irrespective of hepatitis C co-infection.

In people with co-infection, liver transplantation may only offer a temporary respite from liver damage, as untreated hepatitis C begins to damage the transplanted organ. DAA treatment after transplantation results in a high cure rate but the extent to which transplant outcomes have improved since the introduction  of DAAs has been unclear.

Another factor that remains unclear when assessing transplant outcomes in people with HIV is the impact of receiving a liver from an HIV-positive donor. The 2013 HOPE Act authorised the use of organs from HIV-positive donors for transplants to people living with HIV, but the number of transplants resulting from the HOPE Act in the United States has been low, perhaps due to a lack of evidence on survival.

Researchers at major liver disease treatment centres in the United States used data from the United Network for Organ Sharing/Organ Procurement and Transplantation Network database to investigate whether transplant outcomes for people with HIV had improved since the introduction of DAA treatment.

They compared transplant outcomes in people with HIV with and without hepatitis C co-infection to those in people infected with hepatitis C alone and in people without either virus. They also compared outcomes in the four groups between two periods: prior to the introduction of DAAs (2008-2012) and after the introduction of DAAs (2014-2019). Transplants in 2013 were excluded because DAA access was inconsistent and the less effective first generation of DAAs were used with pegylated interferon.

Between 2008 and 2019, 64,860 liver transplants were carried out in people with a known HIV status. In the pre-DAA period, 24,238 transplants took place, 68 in co-infected people and 49 in people with HIV alone. Transplant recipients with HIV were younger and had shorter waitlist times than other recipients, while all transplant recipients without hepatitis C had higher MELD scores, indicating more severe liver damage, and were more likely to be on life support at the time of transplantation.

People with HIV and hepatitis had a significantly higher risk of graft failure (hazard ratio 1.85, 95% CI 1.31-2.59) in the pre-DAA era compared to people without either virus. This difference in risk disappeared in the DAA era, so that by three years after transplant, 81% of recipients with HIV and hepatitis C remained alive and had not suffered rejection of the donor organ (graft failure), compared with 58% in the pre-DAA era (p=0.006). Survival was 100% over a median follow-up period of 656 days among graft recipients with HIV who had chronic hepatitis C at the time of transplant.

Survival in the 46 recipients of livers from HIV-positive donors did not differ from the overall survival; 82% of people with HIV who received a graft from an HIV-positive donor remained alive without rejection of the donor organ after three years.

They also note that surgeons may over-estimate the risk of HIV transmission from blood during transplant procedures.

“Our results should offer reassurance to transplant centers and to encourage timely referral of HIV patients with decompensated cirrhosis for transplantation evaluation, including patients coinfected with HCV,” the authors conclude.