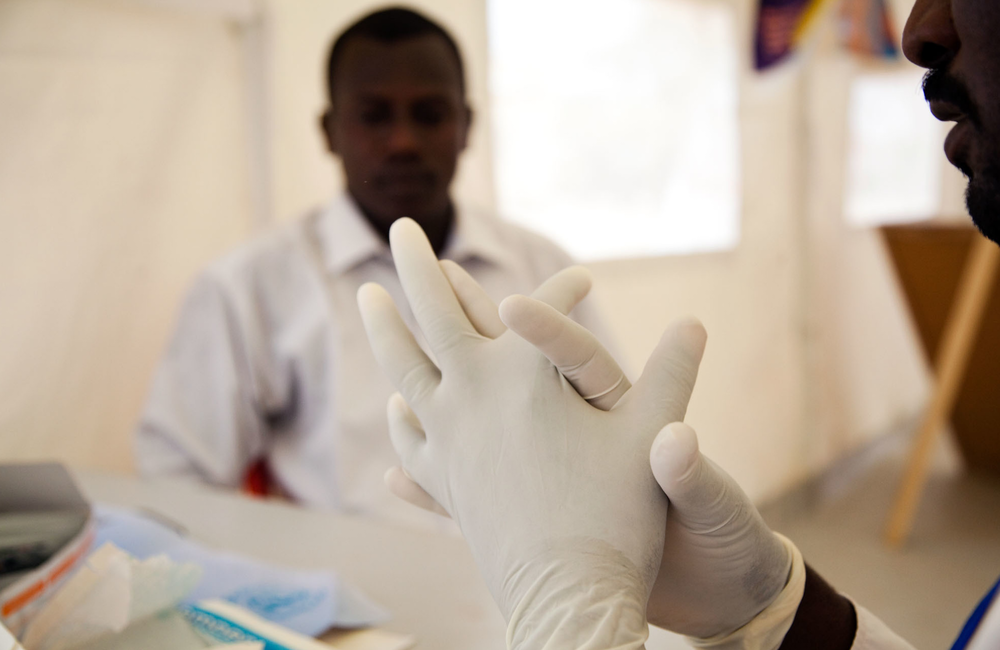 Early diagnosis and engagement in HIV care are key to universal test and treat approaches. Yet analysis of 40 transcripts of counselling sessions shows that the content and delivery of post-test counselling fails to align with guidelines, Dr Tonderai Mabuto and colleagues at Aurum Institute report in the May issue of AIDS and Behavior.

South Africa has the largest HIV epidemic, with an estimated 85% of people living with HIV aware of their status and 71% of them having access to treatment. Regular testing and access to treatment are key to reducing HIV incidence and AIDS-related deaths. To be effective, these services must be delivered in a supportive way for those living with HIV and at risk of acquiring HIV.

The team analysed 40 transcripts of sessions performed by 34 counsellors, spanning ten different public sector health facilities across the Ekurhuleni District of South Africa. In total, 27 women and 13 men who had just been diagnosed with HIV took part in the sessions. Both patients and counsellors gave informed consent to take part in the trial. All of the facilities involved in this study had dedicated HIV counsellors in their testing programme and they had all qualified to work as counsellors.

Post-test counselling is a core element of the HIV response in South Africa. The researchers compared the counselling techniques and health messages given to the patients with the South Africa National HIV Counselling and HIV Testing guidelines. South African guidelines state that counselling should be patient-centred. The core components of this approach are open questions, affirmations, reflections and summaries.

The requirements were given in a uniform fashion, irrespective of the patient’s situation. Even after this patient expressed his concerns about this change in behaviour inadvertently disclosing his status, the counsellor failed to engage with it.

Counsellor: “Why is it that it will take you some time?”

Client: “I don’t know where to start with the woman that I live with. I do not know how I will start the topic. I am stressed about where I will start, although I must tell her?”

Counsellor (after the client had highlighted other concerns with disclosure): “Sometimes it is better to tell a person, find a way to tell her as early as possible. Indeed, people do not react the same way…”

The authors observed that the counselling sessions were “highly didactic” leaving little room for patients to express themselves and subsequently for the counsellor to deliver patient-centred sessions.

Information provided on the value of treatment was often limited to general statements which explained that, because of the availability of treatment, living with HIV is no longer a “death sentence.”

Whilst the counsellors described biomedical benefits of treatment, it lacked a holistic element. Treatment is undoubtedly important, but cannot solely fix the broader barriers to a healthy life with HIV, such as stigma.

Counsellor: “There is no grave for an HIV positive person. It is only the person who wants to die who will be killed by HIV.”

Not one counselling session discussed treatment as prevention (the reduced risk of HIV transmission when on treatment). Any prevention benefits were only referenced in the context of vertical transmission.

Counsellor: “I would like to see you maintain the way that you are, even when you start with treatment. Seeing you not getting sick and being able to take your treatment well. Do you want it [HIV] to knock you out with shingles, give you scars?”

Behaviour changes required for treatment to be effective

Counsellors implied that lifestyle changes were necessary to allow treatment to work. Stopping smoking and drinking alcohol were presented as “requirements” to do so. Rather than being framed as having a potential impact on adherence, alcohol was described as being incompatible with treatment.

Counsellor: “The medication that you are going to take is affected by other things. If you are drinking alcohol, it counteracts with it because alcohol is strong. It will neutralise the medication. Stop drinking (alcohol), stop smoking drugs, any drug, you don’t use any drug.”

Counsellors did not ask whether or not patients drank alcohol or smoked tobacco, yet this was regularly mentioned in their instructions.

They also stressed that patients should make changes to their routines to ensure they are able to take treatment at the same time each day.

Counsellor: “As long as you take your tablets at the same time; every day…  When you miss your pills, what is going to happen?”

Client: “You are getting hurt. You are inviting illness because the virus will go up.”

A daily routine can support good adherence. However, it is not a requirement to allow treatment to work.

Consistent condom use was the most commonly described method of maintaining good health. Almost all sessions included misinformation on how to maintain health and a normal CD4 count. In one example, condom use was directly linked with viral load count.

Misinformation about condoms was often provided in place of information on treatment. In this example, the health benefits of condoms were described as outweighing the impact of treatment.

Counsellor: “And as from now on you have to use condoms no matter what because the viral load will increase instead of going down although you are taking treatment if you don’t use a condom every time you have sexual intercourse.”

The need for patients to disclose their HIV status

Patients were told it was mandatory to share their HIV status. Yet, there was little exploration to understand how beneficial it might be to each patient, their values and the barriers they faced.

Counsellor: “There must be someone that you tell, especially at home because it will be difficult when you need to drink your treatment if people at home do not know. Do you know how painful it is to drink your treatment under the table [secretively]? You end up doing the wrong things, your family will not abandon you, instead, they will support you, they will give you love.”

Some counsellors suggested not to tell friends, due to the risk of their status being gossiped about. Others suggested that they did tell friends and were more flexible about allowing the patient to identify who they may want to share with.

Possible side effects of treatment were presented by some counsellors as a substantial threat to the patient.

Counsellor: “Sometimes, it [ART] will make you dizzy. Sometimes you will have a rash. Sometimes you will have nightmares. Sometimes it will make you vomit. You will have bad dreams, and you will end up thinking that you are bewitched only to find that it is the medication that is doing that. You might have diarrhoea but just because you are experiencing these things it does not mean that you should stop taking your treatment and say that it is making you sick. No, you must continue, that thing [side effects] might happen for 2 or 3 months.”

Other counsellors were able to provide a more measured approach.

The researchers concluded that there is need for a “substantial readjustment” in order to deliver counselling that aligns with universal test and treat approaches. The results raise huge concerns about the content and delivery of post-test counselling. Counsellors routinely misinformed patients and failed to “engage with the clients concerns or goals”. Whilst counselling and psychosocial support should be an important part of the HIV response, the study results show that it can be counterproductive for patients.

Findings suggest an urgent need to train counsellors on how to appropriately frame health education messages. The authors explain that tools such as motivational interviewing and strength-based counselling can be useful. But that they should be “responsive and tailored”. Instead, this rigid method of counselling “fails to respect patient autonomy and address the substantial psychosocial consequences of a new HIV diagnosis.”

Whilst the results emphasise that much needs to be done to improve the quality of services, the reality is this will be difficult to achieve. Whilst the authors call for reflection on the effectiveness of current services, they acknowledge that there are many limitations. They suggest digital-based media counselling, scripts to increase the validity of information given and “a highly trained cadre of professional counsellors” for a subset of individuals who do not link to care or initiate ART within a specified period.

Researchers explore the acceptability of delivering HIV-positive results by phone

A few MSM who had received a positive HIV test result via phone indicated drawbacks , but overall, respondents reported favorably, praising the support and information provided by study staff. Participants were able to emotionally process their test results privately and not in a clinical setting, but were also able to receive support and referral to care from study staff.
Medical Xpress
17 Sep 20
Migrants, refugees & displaced people

As a Refugee to Canada, I Had to Take an HIV Test That Made Me Contemplate My Future

What happens when you're a refugee faced with a difficult choice: work under the table for less money, or face hurdles in the job market that could crop up with an HIV diagnosis.
TheBody
19 Aug 20
Taking an HIV test

Why might people living with HIV get tested for HIV? Now that we know undetectable equals untransmittable (U=U), some people may have the misconception that if you’re undetectable, you will no longer test positive for HIV. They may think that if they test HIV-negative on an HIV test, they’ll be able to show this to their sex partners as a way to “prove” that they’re undetectable and untransmittable. Or, they may think it will be easier to tell partners they’re HIV-negative rather than undetectable and uninfectious.
San Francisco AIDS Foundation
11 Jun 19
Global health targets

Matthew Hodson says the UK can celebrate its latest HIV statistics but country must keep up its momentum - and you can play your part.
Gay Star News
30 Nov 18
Taking an HIV test

Most of the HIV advocacy community in New York City and the state at large now agree that the current law still obstructs testing for health providers -- largely because they find it awkward asking patients if they can test for HIV.
The Body
30 Nov 18
More editors' picks