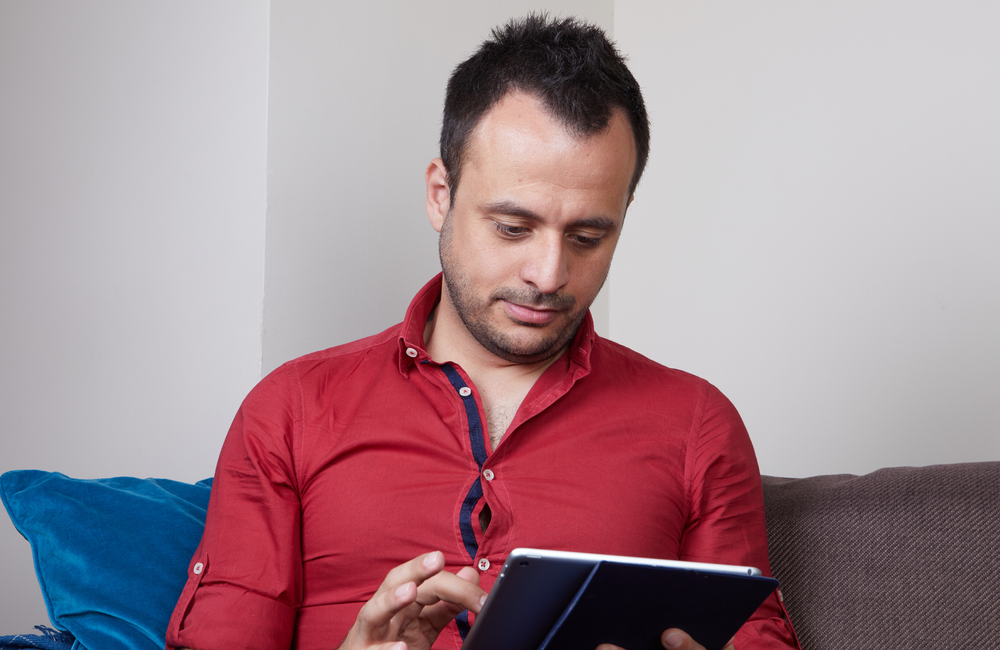 The COVID-19 pandemic has accelerated the use of telemedicine interventions for managing and preventing HIV in numerous countries. Telemedicine encompasses a range of healthcare promotion, prevention and treatment services that are provided remotely via video and phone calls, mobile phone apps and social media platforms.

While these interventions minimise the number of in-person clinical visits and support efforts to prevent the spread of the coronavirus, telemedicine also potentially represents an innovative, and possibly more effective, way of providing HIV services in future.

The use of telemedicine services for both HIV prevention and management could remove barriers to access by reducing travel time, offering a more convenient alternative, and avoiding the stigma associated with seeking out HIV-related services. Telemedicine may be more accessible for tech-savvy adolescents and young adults in many settings.

However, the use of telemedicine also raises concerns about the quality of services provided, health outcomes, and trust between providers and healthcare users. It has the potential to exacerbate challenges with reaching minority and key populations, while the feasibility of using telehealth in low-resource settings has yet to be explored.

Until now, widespread use of telemedicine has been limited (not just for HIV care) partly due to complex and varied regulations, as well as a lack of funding from national and private health insurers. As the first country to be heavily affected by COVID-19, China led the trend towards using telemedicine, with uptake becoming widespread as soon as the country’s national health insurance agreed to pay for it. Suddenly, doctors were able to consult with upwards of a hundred patients a day, significantly more than they could see in person.

Similarly, in the US, a significant hurdle was overcome when the Centers for Medicare & Medicaid Services (responsible for public health programmes) allowed for a range of new telehealth services, including the use of apps and phone consultations. In the case of HIV, telemedicine services had previously been strictly regulated and only available in limited contexts, such as for those who lived in rural areas or were incarcerated.

Telemedicine has proliferated in the UK too: “We have a research project that has been tracking the use of video conferencing in Scotland over the past six months, and in the space of the last two weeks we’ve seen [a] 1000% increase in use,” Professor Trisha Greenhalgh from Oxford University told The Lancet. “It’s incredible. COVID-19 has done what we couldn’t do until now.”

Telemedicine for those living with HIV

Telemedicine is ideal for those with chronic illnesses who are well-managed and require only routine check-ups, repeat prescriptions and general monitoring. Many of those living with HIV who are on successful treatment regimens, with undetectable viral loads and stable immune function, fall into this category. Services available for those living with HIV range from video or phone consultations to the use of social media and apps to engage patients, answer questions and promote retention in care.

Open Door Health, an LGBTQ clinic in Rhode Island, United States, had to swiftly implement telemedicine services in a short space of time. They now offer Zoom consultations, or by phone for those having technology difficulties. All pre-appointment information is completed by the client via an electronic portal. Visual assessments take the place of physical examinations, the client is asked to perform some self-examinations and report certain vital signs; they can also submit pictures if required. Only those who require urgent and essential laboratory tests are referred to the laboratory. While those with acute needs can still be seen in person, most telemedicine visits can be scheduled at three to six-month intervals. For those living with HIV with good adherence, suppressed viral loads and with no co-morbidities, the clinic suggests that care visits can even be scheduled at six to 12-month intervals.

In New York City, Dr Ofole Mgbako and colleagues also report the benefits of telemedicine but warn against its potential to exacerbate disparities in access for those with social disadvantages, such as low health literacy and those without adequate phone or computer technology and connectivity. They have retained the option of in-person clinic visits for those newly diagnosed with HIV, new to the clinic, non-English speaking, with limited access to technology or low health or technology literacy.

Telemedicine may also have a role in the prevention of HIV infection. PrEP1519 is a demonstration cohort study currently taking place in Brazil. It aims to explore pre-exposure prophylaxis (PrEP) acceptability, use and adherence among adolescents (men who have sex with men and transgender women) aged 15-19 years old. Recruitment started in March 2019, with researchers needing to make changes to how they engage participants during the pandemic.

"Telemedicine may exacerbate challenges with reaching minority and key populations."

However, prior to COVID-19, the researchers had already explored the use of virtual platforms to increase recruitment and engagement. For instance, they created a chatbot, Amanda Selfie, with the persona of a trans woman, who is available 24/7 via Facebook Messenger. Amanda can engage in conversations about sensitive subjects such as STIs, sex, PrEP and combination prevention. She can also identify those at a higher risk of contracting HIV and schedule a PrEP appointment.

Participants in this study have still been able to initiate PrEP during the pandemic with the help of telemedicine. An initial video call helps with determining eligibility. Thereafter, one in-person visit is required to do necessary bloodwork. Up to a two-month supply of PrEP can be delivered to participants along with HIV self-tests. HIV-negative results need to be sent back to the provider before a new prescription is provided. Open Door Health in Rhode Island has used a similar approach to initiate new clients on PrEP.

Acceptability of telemedicine for HIV

A 2018 survey of 371 participants from an HIV outpatient clinic in Texas (median age was 51, 36% were female and 63% were African American) found that 57% would be more likely to use telemedicine for their HIV care if it was available. Just over a third said that they would use these services frequently or always as an alternative to clinic visits.

Reported benefits included convenience and greater privacy. However, there were concerns about effective communication with healthcare providers and the safety of personal information. Factors associated with increased likelihood of using telehealth included being born in the US, being a man who has sex with men, higher educational attainment, having a longstanding HIV infection and difficulty attending clinic visits.

Open Door Health conducted a satisfaction survey of clients who had used telemedicine in recent months. The 22 participants were aged 23-56, with half under the age of 30. All respondents identified as a sexual minority and nearly a third were transgender or non-binary. Over 75% reported interest in telemedicine beyond the COVID-19 pandemic. A quarter expressed interest in receiving HIV care via telemedicine, while half were interested in STI screening and treatment. Overall, respondents were positive about its benefits, including greater accessibility to healthcare providers and more convenient access to healthcare generally. As with the Texas study, several expressed concerns about confidentiality and data breaches.

Effects on the healthcare relationship

Despite the many potential benefits of telemedicine, there are concerns that it could interfere with the relationship between the healthcare provider and client. As Dr Eric Topol, director of the Scripps Research Translational Institute in California, states: “It’s inexpensive and expedient, but it’ll never be the same as a physical examination with all of its human qualities of judgment and communication. But with COVID, this is a trade-off we have to accept.” The question is whether this trade-off will be accepted once the pandemic has ended.

"Telemedicine may exacerbate medical mistrust due to the challenges with establishing rapport."

In terms of HIV, clear communication from the healthcare provider and a strong relationship between provider and client are linked to better engagement in HIV care and treatment adherence. Trust is central to this relationship. Racial minorities and those from key populations have often reported mistrust of the medical system due to stigmatising experiences. Telemedicine may exacerbate these issues due to the challenges with establishing rapport and building trust over virtual platforms.

There is also the question of healthcare providers’ readiness and expertise in providing telemedicine services. Whilst the COVID-19 pandemic has necessitated a rushed expansion of these services, there will need to be more thought devoted to the specific skills that practitioners need to develop in order to provide the best possible telemedicine services.

Settings lacking in resources and infrastructure

There is currently little data to indicate if telemedicine for HIV will be workable in low-resource settings. While the communication technology needs to be in place, the benefits of telemedicine may increase retention in care in these settings, where barriers to retention in care include long travel times, transport issues, waiting time and taking time off work. Countries such as South Africa have been quick to offer telemedicine during COVID-19, but this may only be a realistic option for a small part of the population.

In the Philippines, despite barriers to restructuring HIV services, community-based organisations have started delivering medication to people living with HIV by using a mobile app that includes a map of designated drop-off points, in much the same way that a food delivery app would work. However, there is the risk that those who are economically and technologically disadvantaged get left behind.

While telemedicine represents an exciting new avenue for HIV service provision, there are still many unanswered questions and the overall sustainability of this approach – especially when movement restrictions are eased – is yet to be seen.

Dandachi, D. et al. It is time to include Telehealth in our measure of patient retention in HIV CARE. AIDS and Behavior, online ahead of print, 27 April 2020 (open access).

Dourado, I. et al. Adapting to the COVID-19 Pandemic: Continuing HIV Prevention Services for Adolescents Through Telemonitoring, Brazil. AIDS and Behavior, online ahead of print, 21 May 2020 (open access).

Quilantang MIN et al. Reimagining the Future of HIV Service Implementation in the Philippines Based on Lessons from COVID-19. AIDS and Behavior, online ahead of print, 25 May 2020 (open access).

Young SD and Schneider J. Clinical Care, Research, and Telehealth Services in the Era of Social Distancing to Mitigate COVID-19. AIDS and Behavior, online ahead of print, 21 May 2020 (open access).

US: Providers, Advocates Call for New Strategies to Improve Access to HIV Care

The South African Post Office said anyone who collects chronic medication from a government clinic, but who lives closer to a post office than the clinic, can request to collect their medication from the Post Office.
AllAfrica
30 Nov 22
More editors' picks