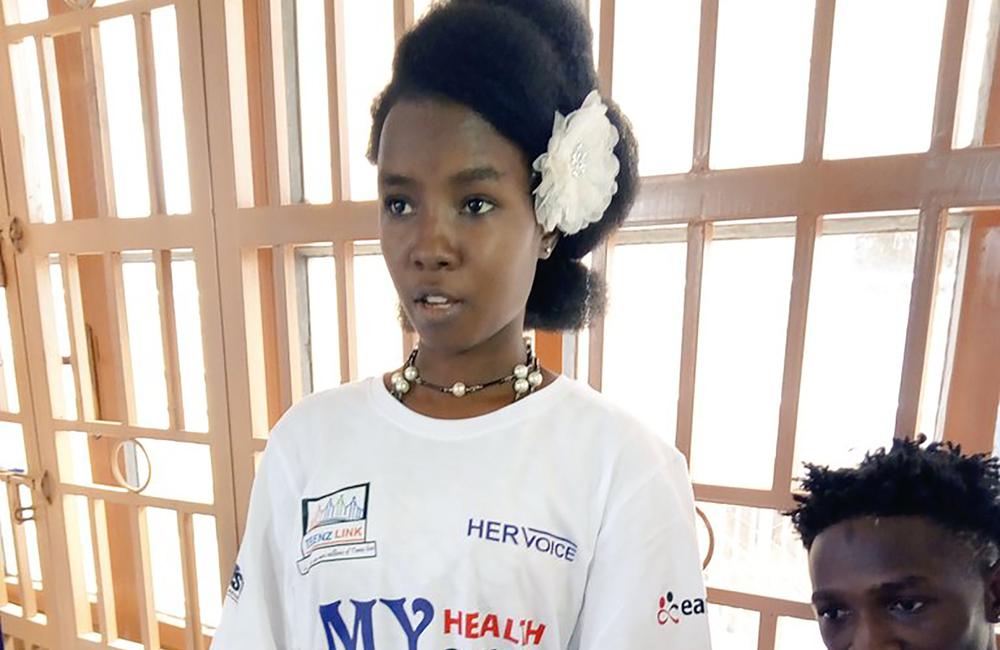 © 2018 TEENSLINK UGANDA, Courtesy of Photoshare. Image is for illustrative purposes only.

South African research has found that adolescent girls and young women (aged 13-23) were more than twice as likely to be infected with HIV by older men who were out of school and nearly twice as likely to be infected by anonymous out-of-school partners. This was in comparison to monogamous relationships with partners of a similar age who were thought to be HIV negative. This research was published online ahead of print in the Journal of Acquired Immune Deficiency Syndromes by Dr Nadia Nguyen at the University of North Carolina and colleagues from around the world.

Adolescent girls and young women are disproportionately affected by HIV in sub-Saharan Africa, accounting for 20% of all new infections in 2017 but making up only 10% of the population, with a higher incidence of HIV than boys of the same age. Understanding the characteristics of sexual partners who infect young women is a crucial aim of research and prior studies have shed some light on the complexity of older men’s sexual interactions with younger women in sub-Saharan Africa. Identification of specific partner types associated with higher HIV infection rates could guide prevention programmes when working with adolescent girls and young women in these settings.

This study forms part of the larger longitudinal HIV Prevention Trials Network (HPTN) 068 study, a randomised control trial of cash transfers for HIV prevention among 2533 unmarried adolescent girls and young women (aged 13-23) enrolled at school between 2011 and 2015 in rural parts of the Mpumulanga province in South Africa.

Participants were seen at baseline, and every year after that, until the study completion or their high school graduation. Those who tested HIV negative at baseline and also reported having sex with at least one sexual partner at follow-up were eligible for inclusion in the current study (1034 participants). At the visit where they reported their first sexual partner, the young women were 17.5 years old on average and 95% were enrolled at school. Nearly all participants (99%) reported three or fewer partners in the past year. Nearly 70% completed more than one study visit and a quarter completed three visits.

At each visit, participants reported on their three most recent sexual partners in the past 12 months using audio computer-assisted self-interview. They provided information about demographics and behavioural risk factors. They were also tested for HIV at each visit.

The current research used latent class analysis to discover specific partner types that were more likely to be associated with incident (new) HIV infections in young women. Latent class analysis was done through collecting demographic and behavioural characteristics on sexual partners and combining this information into different classes. This identifies patterns of correlated risk factors and classifies people based on these risk factors. Researchers wanted to investigate if there was overlap between these latent classes and commonly used partner labels (such as boyfriend or casual sex partner).

Over the course of follow-up, the 1034 participants reported 2968 partners (or partner reports, as the same partner could be reported more than once).

The following latent classes emerged, from most to least common:

Condom use was low across all partner types, except for one-time protected in-school peer partners.

Sixty-three new HIV infections were discovered during the course of follow-up. Adolescent girls and young women with out-of-school older partners had more than twice the risk of contracting HIV (adjusted RR: 2.56, 95% CI: 1.23-5.33) while those with anonymous out-of-school partners also had a higher risk (aRR: 1.72, 95% CI: 0.82-3.59) when compared to those with only monogamous HIV-negative peer partners. In contrast, those who had cohabiting with children in-school peer partners were less likely to become infected with HIV (aRR 0.25, 95% CI: 0.02-2.85).

Labels used by the young women themselves to describe partners (such as boyfriend and regular casual partner) were not associated with incident HIV.

The latent classes were more effective at predicting new HIV infections than labels used by young women to describe their partners. Young women could use the label boyfriend to describe a range of partners; these labels were not helpful for predicting future HIV infection or for understanding underlying behavioural and demographic factors in sexual partners that influence the risk of HIV infection.

Understanding the characteristics of sexual partners who infect young women is a crucial aim of research.

This research emphasises the role of age-disparate relationships between adolescent girls and young women and older men and how it contributes to the spread of HIV in sub-Saharan Africa. However, another interesting finding is that age is not the only factor: those with similarly aged, anonymous out-of-school partners were also more likely to become infected with HIV. As condom use was low across all classes, except for one-time in-school partners, this suggests that condom use does not increase substantially with higher risk partners, such as anonymous or older partners.

Another interesting finding is that a previously unknown partner type – cohabiting with children in-school peer partners – appeared to be protective from HIV infection. This may reflect a more committed partnership and more social and financial support for the young women, thereby resulting in less HIV infection. However, this could be a short-term finding that could change over time; the authors acknowledge that it requires further investigation.

The authors conclude by stating: “Collectively, these findings suggest that interventions that account for contextual differences between sexual partner types and that address the specific prevention needs and risks posed by different partners may be important for preventing HIV infection in this vulnerable population.”