Resilience is key to successful ageing with HIV 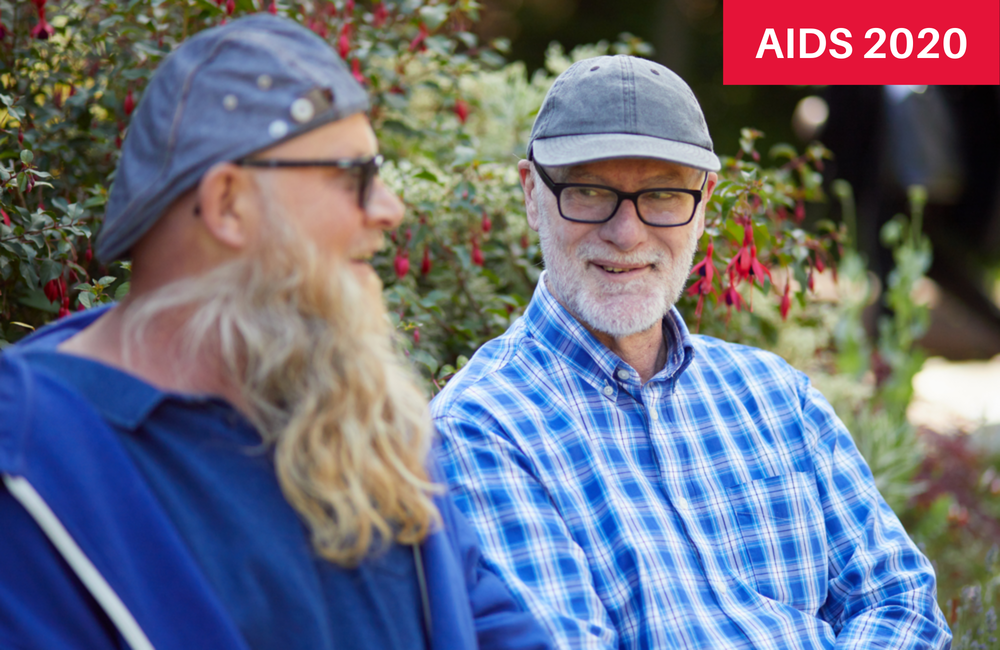 Ageing with HIV has been highlighted as an important theme this week at the 23rd International AIDS Conference (AIDS 2020: Virtual). As a result of improved access to effective treatments globally, people with HIV are living much longer than ever before. It is estimated that by 2030, 70% of people living with HIV will be 50 years or older.

However, there are many questions raised by these improvements in life expectancy. Central among these are what are the experiences of people who are getting older with HIV and what does ‘successful’ ageing with HIV look like? Research presented at this year’s virtual conference explored these questions by identifying central challenges and protective factors related to ageing with HIV.

Challenges related to ageing with HIV

Findings from the Living Positive in Queensland longitudinal study in Australia were presented by Chris Howard from Queensland Positive People. This qualitative study has gathered data from over 200 interviews over a period of three years with a cohort of 73 people living with HIV aged 34-75 (two-thirds were over 50). Sixty-two men participated and nearly two-thirds of the participants have been living with HIV for 15 years or more. Most participants were on a disability support pension and living in public housing or rental accommodation. The majority reported co-morbidities such as cancers, heart disease, diabetes as well as mental health and cognitive issues.

Interviewing the participants annually over three years allowed researchers to gain insights about complex lived experiences over time and how older people living with HIV adapt to health, social and service provision challenges.

A central challenge highlighted by participants was a feeling of invisibility that accompanied ageing with HIV. One reason for this is the strong biomedical approach to HIV which tends to emphasise achieving physical health and the absence of disease by taking antiretroviral treatment, but neglects other aspects of overall wellbeing.

Social isolation contributed to feelings of invisibility and was exacerbated by HIV-related stigma and poor health. The strain related to managing chronic HIV and co-morbidities also meant that participants had multiple invisible burdens requiring ongoing attention. Feelings of invisibility were exacerbated by broader age-based discrimination, often prevalent in gay communities and among people living with HIV.

“Your voice as an older long-term is not acceptable to talk about that lived horrific experience… [In an increasingly biomedicalised context] what for me as a much broader and nuanced view of the way I experience my HIV is no longer being listened to, that it’s being separated from a gay agenda.”

Participants expressed concern regarding the many uncertainties that ageing with HIV brings. There were concerns about the role HIV would play as age progressed and if changes could be attributed to general age-related decline or to the virus itself. The role of social determinants of health, such as income and housing, was also highlighted.

“Is it my HIV having worn out my body early or am I just suffering from old age? … I’ve always had a belief that I’d probably wear out sooner because of the HIV and what it’s doing to the immune system. So when I noticed these old men signs, if I can call them that, it does sort of freak me out a little bit…”

“Even if I lived to 70 … it’s a long time to live if you’ve just got enough income to pay for basic groceries and rent and nothing else.”

Fears that are frequently expressed by older people in the wider population such as the possible loss of agency and control were also raised. Participants stated that they do not want to burden others or the healthcare system if they lose independence. In addition to general concerns about residential care settings, participants also added concerns about HIV-related stigma and discrimination and whether the staff would be equipped to deal with the needs of people with HIV. For some, HIV treatment non-adherence or refusal was viewed as a ‘back-up’ plan to avoid the loss of independence and agency.

Participants also identified factors that could be protective from age-related decline and add meaning to their lives as they aged with HIV. These were strongly linked to acceptance of one’s status, social and community connections, sharing experiences of living and ageing with HIV, volunteering and the desire to feel useful.

“So when you accept it, it’s just so much easier … And that’s what I’d like to do with my Positive Speakers role, to be able to stand in front of people [with HIV] … and give them hope.”

Instead of viewing ageing with HIV solely as the concern of the individual, it was viewed in terms of its relational and social aspects and how an older person living with HIV could be a valued member of a community.

“I just think find something to love and something to be passionate about and if you’ve got that in your life, then you will want to keep going. Some people are just so easy to give up or never change – ‘I can’t do it’, ‘I can’t do it’. Yes, you can, you can – but you won’t know until you try.”

"Resilience, or the ability to successfully recover from setbacks, is important when considering ageing with HIV."

However, many of the support services in Queensland had been impacted by service cuts. The loss of community-based resources has the potential to be detrimental for older people living with HIV due to the protective role they play.

The role of resilience in ageing with HIV was also explored in research presented by Dr Renato Liboro and colleagues from the Centre for Addiction and Mental Health in Toronto, Canada. This study used a strengths-based approach to better understand how many HIV-positive older men who have sex with men have developed resilience to ageing with HIV not by only surviving its clinical and social impacts, but also by thriving and living full, meaningful lives.

Interviews were conducted with 41 men who have sex with men living with HIV in Ontario, aged 40 or older (average age = 54). Most men identified as gay (73%) and 41% were white. Black (20%), Asian (17%) and other racially diverse men were also represented in the study.

Resources, such as community-based organisations and events, health centres and harm-reduction programmes, could be used by men when needed and provided safe, inclusive spaces.

“My doctor’s the best! He’s very knowledgeable. He goes out of his way to explain things to me, and he builds me up…”

“My dearest oldest friends… they are my chosen family. I wouldn’t have made it this far without their support.”

Personal strengths included qualities such as being proactive, perseverance (such as finding the right doctor) and self-awareness.

‘I took charge of my life, looked after my health… made the right decisions.’

Previous studies have investigated the association between hot flashes and immune system activation among women with HIV, but this is the first study to investigate an additional link to adverse subclinical cardiac pathology.
American Journal of Managed Care
13 Apr 21
Women

Many people who experience menopause are not prepared by their health care providers—and for people living with HIV, it’s even more confusing. With a recently published guide and other outreach efforts, Sophia Forum aims to change that.
TheBody
2 Feb 21
Exercise

Resistance Training Could Improve Health for Older Adults With HIV

What Are the Concerns of Aging LGBT People, Including Those With HIV?

On Dec. 23, HIV longtime survivor and online celeb Mark S. King, author of the My Fabulous Disease blog —who was diagnosed with HIV in 1985 at age 24 and never thought he’d live this long—turns 60! But when COVID quashed plans for a big IRL birthday blowout, King decided to turn to the internet for a party celebrating not just his own survival but that of all HIV long-term survivors everywhere.
TheBody
10 Dec 20
More editors' picks