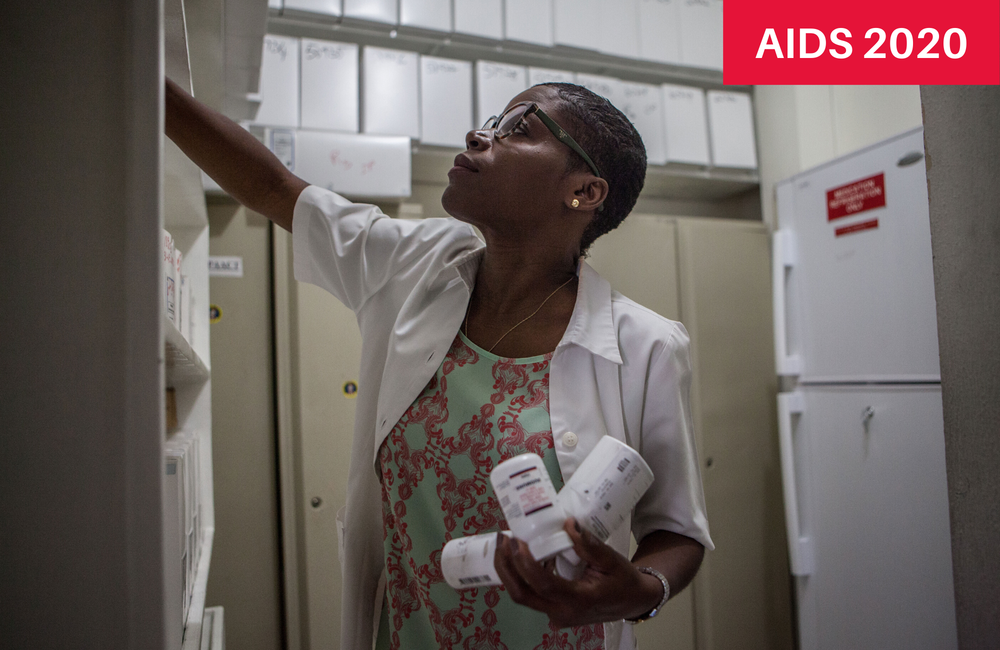 Retaining tenofovir after the failure of first-line treatment rather than replacing it with zidovudine was associated with better retention in care, better adherence and better viral load suppression in people with HIV in Haiti, especially when combined with atazanavir/ritonavir, Dr Samuel of GHESKIO in Port au Prince reported to the 23rd International AIDS Conference (AIDS 2020: Virtual) this week.

An alternative second-line option is to recycle tenofovir as part of a new combination, based on limited evidence that recycling the drug contributes to viral suppression despite the presence of the K65R mutation.

Resistance testing in Haiti’s GHESKIO HIV clinic shows that 30% of people on failing first-line treatment have the K65R resistance mutation associated with resistance to tenofovir.

They assessed retention in care within 12 months of switching, adherence based on pharmacy refill data and viral suppression below 200 copies/ml. They also assessed outcomes according to the other second-line agent (either lopinavir/ritonavir or atazanavir/ritonavir).

A total of 1017 people switched to a second-line regimen; of these, 284 switched to zidovudine while 733 retained tenofovir.

Retention in care did not differ between switchers and non-switchers at 12 months after switching (83% in each group).

Non-switchers were significantly more likely to have a viral load below 200 copies/ml on their first viral load test carried out more than 12 months after switching, but only half of this group has an undetectable viral load at this point (52% vs 38%, p < 0.001). Non-switchers also had significantly better adherence; 48% had adherence of 90% or greater compared to 38% of switchers (p = 0.006).

Multivariable analysis showed that non-switchers had a higher likelihood of 12-month adherence greater than 90% (odds ratio 1.53 [1.11-2.11]) and of a first viral load test below 200 copies/ml (OR 2.08 [1.46-3.38]). Non-switchers with adherence below 90% had a higher likelihood of a first viral load below 200 copies/ml (OR 2.05 [1.21-3.48]. If tenofovir-based treatment combined with a boosted protease inhibitor is more likely to maintain viral suppression despite poor adherence, this may be a consequence of the long half-life of the drug, which might maintain viral suppression when boosted protease inhibitor levels fall.

"Treatment toxicity and pill burden should be taken into consideration when selecting a treatment regimen after first-line failure," Pierre concluded.