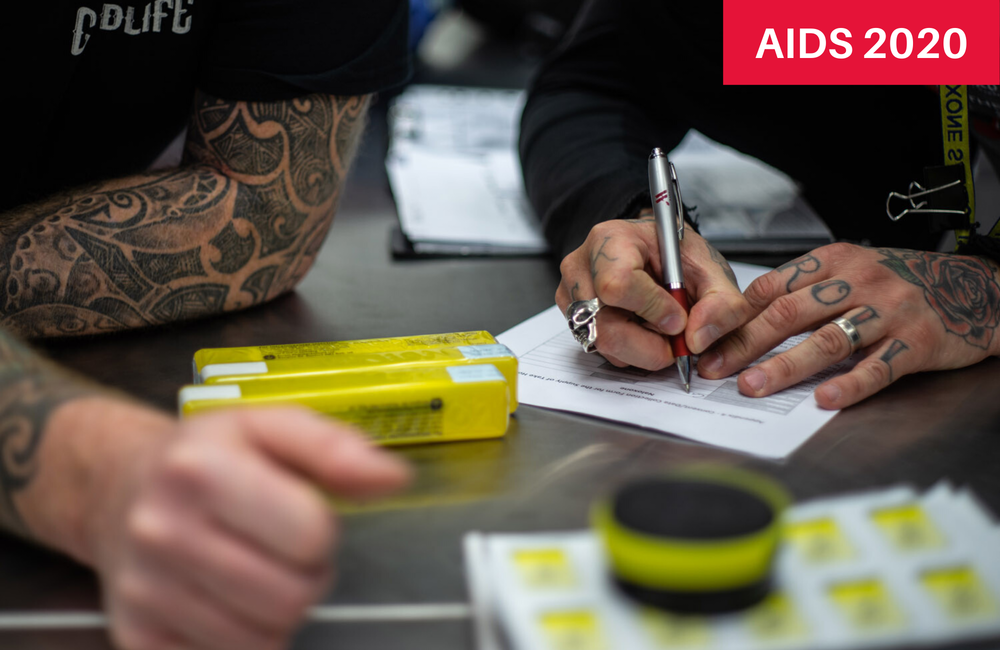 Survival gains resulting from effective antiretroviral therapy are threatened by drug overdose deaths among people living with HIV, researchers reported this month at the 23rd International AIDS Conference (AIDS 2020: Virtual). A related study found that HIV-positive people who use drugs are also at greater risk of death due to acute infections.

"The unprecedented rise in overdose deaths among people living with HIV has considerably reduced the gains in life expectancy achieved through treatment as prevention, underscoring the importance of access to safe drug supply," Martin St-Jean of the British Columbia Centre for Excellence in HIV/AIDS told aidsmap.com.

British Columbia has been a pioneer in harm reduction in North America, having implemented the earliest needle exchange programmes in Canada in the late 1980s and opened North America’s first supervised injection facility, Vancouver's Insite, in 2003.

Nonetheless, drug overdose deaths have increased dramatically in the province since 2014, leading to the declaration of a public health emergency in 2016, the study authors noted as background.

People with HIV may be at greater risk of dying from an overdose because of worse respiratory distress or HIV-related pulmonary or liver impairment, and they may face more barriers to access and retention in substance use treatment, the researchers suggested.

More than 80% were men and the median age was 40 years. About a quarter injected drugs. Nearly one in four had a CD4 count below 200 cells/mm3, indicating advanced immune suppression.

During the study period, 266 people (3%) died of drug overdoses, 1989 (19%) died of other causes and 117 (1%) had an undetermined cause of death. Among those who died of overdoses, 162 (61%) used narcotics (opioids) and hallucinogens; 19 (7%) used sedatives, anti-epileptic medications or psychotropic drugs; and 85 (32%) used unspecified drugs that primarily affect muscle or the respiratory system.

The researchers estimated that, overall, a 20-year-old person with HIV could expect to live 3.7 additional years in the absence of drug overdoses. But the reduction in life expectancy was greater in recent years.

"Overdose prevention and substance use treatment are necessary components of quality HIV care programs," they added.

In a related study, Dr Ayesha Appa and colleagues from the University of California at San Francisco and the San Francisco Department of Public Health looked at deaths attributable to causes other than overdoses among HIV-positive people who use drugs.

In San Francisco, people who acquired HIV via drug use have twice the mortality of HIV-positive people as a whole, they noted as background.

The researchers identified 7056 drug-related deaths among people over age 13 in San Francisco County during 2007-2018 according to the California Electronic Death Reporting System. Of these, 292 were excluded because they were found not to be due to illicit drugs. This left 223 people with HIV and 6541 HIV-negative individuals whose deaths were determined to be drug-related.

Both the HIV-positive and HIV-negative groups had a similar proportion of deaths due to drug overdoses (38% vs 37%) and non-infectious medical causes (37% vs 38%). But people with HIV were significantly more likely than HIV-negative people to die of drug-related acute infections (26% vs 8%). The most commonly recorded infections were sepsis (which can have multiple causes), pneumonia and endocarditis (infection of the lining of the heart). After adjusting for other factors, HIV-positive people had more than a fivefold increased risk of such deaths.

In contrast, people with HIV were less likely to have trauma or violence as a cause of death (3% vs 14%).

"Targeted efforts to combat mortality in people living with HIV who use drugs should include infection prevention efforts, such as harm reduction practices and vaccination, as well as overdose prevention," the researchers recommended.