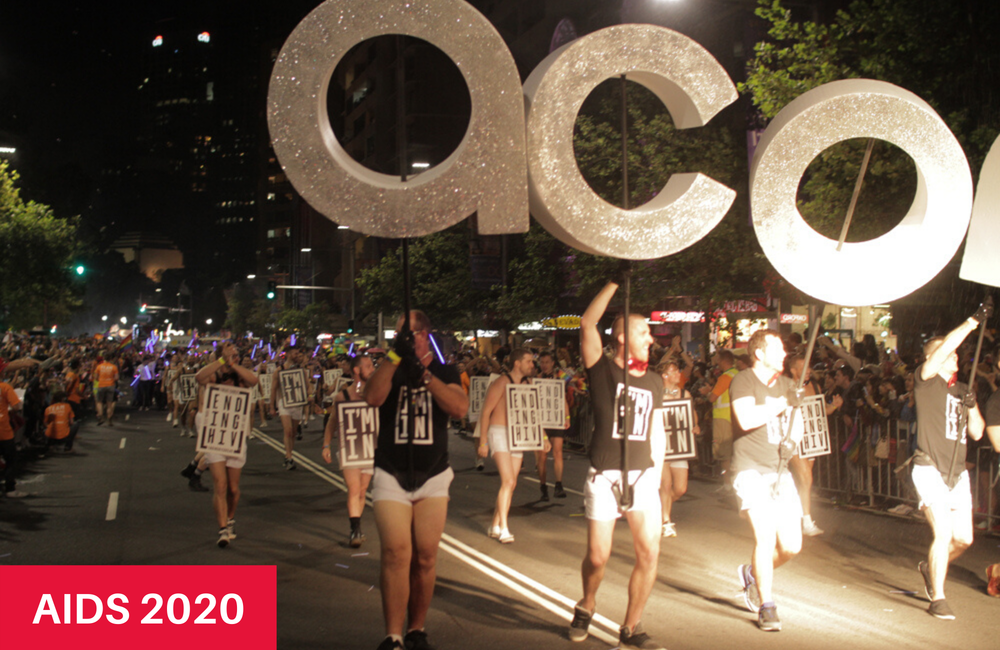 There has been an “extraordinary scale-up of testing” among gay and bisexual men in New South Wales, Australia since 2010. As a result of multiple initiatives to increase service capacity and demand, men at higher risk of HIV now test twice as often. Undiagnosed HIV amongst Australian-born gay and bisexual men is currently estimated at under 3%, but this success has not translated to other groups.

A presentation by Phillip Keen of the Kirby Institute, available as a contribution to the 23rd International AIDS Conference's virtual session 'Can We Achieve Universal Test & Treat?', examined testing figures for gay and bisexual men over eight years to 2018. Gay and bisexual men make up 80% of all new diagnoses in New South Wales overall and are a key target group for testing interventions.

Keen asked two key questions; firstly, has there been an increase in HIV testing in New South Wales over time and secondly, does this differ between Australian-born and overseas-born gay and bisexual men? Breaking the data down into these two groups of Australian-born and overseas-born men enabled a closer focus which uncovered differing trends in minority populations who may not have equal access to testing and PrEP.

Increased testing has been a priority in New South Wales’ most recent HIV strategies, issued in 2012 and 2016. Key points in the latter included:

Working with Dr Prital Patel, Keen analysed testing data from 2010 to 2018 from multiple sources including the New South Wales denominator data project, the 25 ACCESS sexual health clinics (including three community-based clinics) and the New South Wales HIV notifications database. This data from 14 testing labs included some 90% of all tests done in the state during this time.

In all, there were over 3.5 million HIV tests during this time, with gay and bisexual men attending clinics in greater number and testing with increasing regularity across that period.

The number of tests being taken annually in New South Wales increased steadily from 2012 onwards, with an average annual increase of 5.8%.

While around 5000 gay and bisexual men attended the ACCESS sexual health clinics in 2010, by 2018 this had tripled to over 16,000. On average attendance increased by 14.3% each year for Australian-born men whereas it increased in overseas-born men by 19.2%. The percentage of those who attended who tested at least annually was already substantial, but this also increased in both groups at a rate of over 1% per year.

Most importantly, testing amongst those men deemed at greatest risk increased considerably, from an average of 1.8 tests a year in 2012 to an average of 4.1 tests annually by 2018. This was seen in both Australian-born and overseas-born men. Quarterly testing is recommended for those at greater risk of HIV transmission, compared to the minimum recommendation of once a year for all other sexually active gay and bisexual men. Indicators of heightened risk used for gay and bisexual men included those who were also injecting drug users, had rectal STIs, had more than 20 partners a year or those who had gone onto PrEP. The average annual increase in testing across this time in those at greater risk was 9% in Australian-born men and 8.7% in overseas-born men.

With gonorrhoea diagnosis seen as a key indicator for missed opportunities to diagnose HIV, the study examined numbers of men who had an HIV test within 30 days before and 60 days after an STI diagnosis. Again, this increased at similar levels in both groups – average annual increases of 2.6% for Australian-born and 2.7% for overseas-born men.

Percentages of those testing who were diagnosed with HIV decreased after a spike in 2012, but this time at different rates, with that of Australian-born men declining faster. In light of this, and using back-projection modelling from CD4 counts at diagnosis of data from the NSW notifications database, investigators posited a major difference in estimated undiagnosed HIV between the two groups.

Whereas the overall level of undiagnosed HIV in gay and bisexual men was estimated to have fallen from 9.5% to 7.7% between 2010 and 2018, this masked a very different story for migrant men. Undiagnosed HIV in Australian-born men was estimated to have fallen from 7% in 2010 to 2.8% in 2018 – well below the 5% declared by UNAIDS as the Fast Track target for 2030. However, undiagnosed HIV among overseas-born men appeared to have slightly increased from 15.3% to 16.9%, making it now six times higher than in Australian-born men.

Additionally, new HIV diagnoses in overseas-born gay and bisexual men now outnumber those amongst Australian-born men in New South Wales. Of further concern was the finding that around half of the overseas-born men were diagnosed late.

Keen explored potential reasons for these disparities. Many of the overseas-born men who were diagnosed with HIV had arrived less than four years previously, suggesting a substantial level of overseas acquisition. Levels of both PrEP and HIV treatment take-up were also higher in Australian-born men.

Suggested interventions to tackle this life-threatening disparity include increasing community-based initiatives aimed at overseas-born gay and bisexual men, particularly those promoting self-testing and postal testing. Barriers to accessing PrEP – an issue for black and migrant populations in a number of countries – need to be addressed.

“While the overall impact of current strategies was highly positive in increasing testing and reducing new diagnoses amongst GBM, these benefits were not shared equally,” Keen concluded. “Findings indicated that if this overall pattern is to continue successfully, there was a need to focus on reaching overseas-born gay and bisexual men.”.