Gene therapy or immunotherapy: which approach is more likely to deliver a cure for HIV? 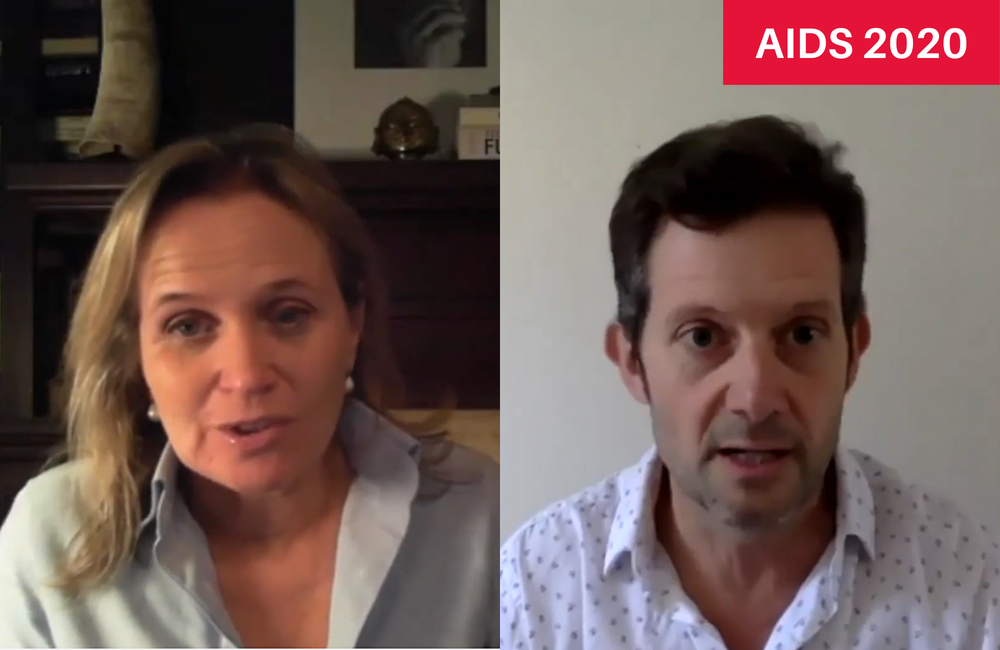 Amidst speculation that a five-drug antiretroviral regimen and nicotinamide might have cured HIV in one man, researchers debated whether gene therapy or immunotherapy is more likely to lead to an HIV cure that can be delivered to millions during the AIDS 2020 Cure pre-conference last week.

A cure for HIV could take two forms, either a treatment or procedure that can eradicate the virus from the body or one which can keep the virus under control without the need for antiretroviral drugs – remission, in the parlance of the field.

Eradication of HIV is challenging because the virus inserts its DNA into long-lived cells in the body where it may lie dormant for decades – the so-called HIV reservoir. All this virus needs to be found, activated and purged, but presentations at AIDS 2020 show that the reservoir is more complex than previously assumed.

Use of immunologic agents such as antibodies, growth factors, and vaccines to modify (activate, enhance, or suppress) the immune system in order to treat disease. It is applied in the cancer field and in HIV research (attempts to eliminate the virus). Immunotherapy is also used to diminish adverse effects caused by some cancer treatments or to prevent rejection of a transplanted organ or tissue.

HIV is distributed across numerous tissues in the body, not just cells in the blood or lymph nodes, an autopsy study by the US National Institutes for Allergy and Infectious Disease shows. Predicting which tissues are the most important reservoirs is difficult, as the small study showed big variation between individuals.

Furthermore, the normal work of CD4 memory cells – activation and proliferation in response to pathogens – inevitably leads to cloning of cells containing HIV DNA and an increase in intact HIV DNA capable of producing new virus over time, Bethany Horsburgh of Australia’s Centre for Virus Research at Westmead Institute for Medical Research reported.

Even very early antiretroviral treatment appears unable to halt the development of a reservoir that can sustain SIV infection in the body, Dr Henintsoa Rabazantahary of Canada’s Université Laval told the conference. Her macaque study began treating some animals four days after infection, underscoring how quickly an intractable reservoir is established.

These findings emphasise the importance of approaches to curing HIV that go beyond the `shock and kill` regimens designed to activate HIV-infected cells, which have shown disappointing results in clearing the reservoir.

Gene therapy to eradicate HIV or immunotherapy to contain HIV are being explored as potential approaches but which is more likely to be successful? Two leading cure researchers debated the merits of the approaches at a pre-conference HIV cure workshop last week.

Professor Sharon Lewin, Director of the Doherty Institute of Infection and Immunity at the University of Melbourne argues that gene therapy is more likely to deliver an HIV cure than immunotherapeutic approaches aimed at long-term remission of HIV. Proof of concept for a gene therapy approach already exists, she said, in the form of the Berlin and London patients, Timothy Brown and Adam Castellijo, who were cured of HIV after stem cell transplants from donors with the CCR5 delta 32 mutation that confers resistance to HIV infection of cells.

Gene therapy can be used against multiple targets to engineer protection against HIV infection of cells, to purge the virus from infected cells and enhance immune defences that attack HIV.

But the big challenge for gene therapy is to develop an approach that doesn’t require cells to be taken out of the body for gene editing in the laboratory. Almost all gene therapy studies underway are using this 'ex vivo' approach, which harvests cells, edits them in the laboratory and then returns them to the patient’s body. Although the ex vivo approach has already been proved to work, both for HIV and cancer immunotherapy using CAR T-cells, it’s expensive and requires state of the art laboratory equipment.

The alternative, in vivo gene therapy, would require nanoparticles or a vector such as adenovirus to deliver the edited gene to cells. One study has already shown that it’s possible to achieve sustained production of a broadly neutralising antibody against HIV, VRC07, using an adenovirus vector to deliver an antibody gene.

Elimination of host stem cells, achieved in the cases of the Berlin and London patients through gruelling chemotherapy prior to bone marrow transplants, might soon be achievable through antibodies-drug conjugates that would target stem cells, Lewin suggested.

Professor John Frater of the University of Oxford sees immunotherapy as more likely to deliver long-term remission. He argued that gene therapy is still largely unproven in any field and the long-term safety of gene therapy is still unclear. In contrast, immunotherapies are already being used to treat cancers such as melanoma and lymphoma, as well as rheumatoid arthritis. Elite controllers of HIV, or long-term non-progressors, also offer evidence that the immune system can control HIV in some circumstances.

“Immunity is the best machine you could imagine – it’s had millions of years of R & D so we should use it and make the most of it,” he said. “Do not confuse the failure of vaccines so far as a red flag for immunotherapy”. A vaccine needs to target a rapidly mutating, fast-replicating virus, whereas an immunotherapy targets a stable antigen that is less prone to mutate – the cells in the HIV reservoir. “We need to think of it more like a strategy for cancer than infection,” he said.

But he warned that we still don’t understand how immune control relates to viral rebound and how much the HIV reservoir might need to be reduced to make immunological control of HIV viable. What might overcome this challenge, he suggested, would be gene therapy approaches that could render 90% of cells resistant to infection. Modelling by his research group suggests that this level of transduction of cells would dramatically limit viral rebound, permitting immunological control of HIV.

In summary, it may not be a question of choosing between gene therapy or immunotherapy, but using both approaches to achieve HIV remission.