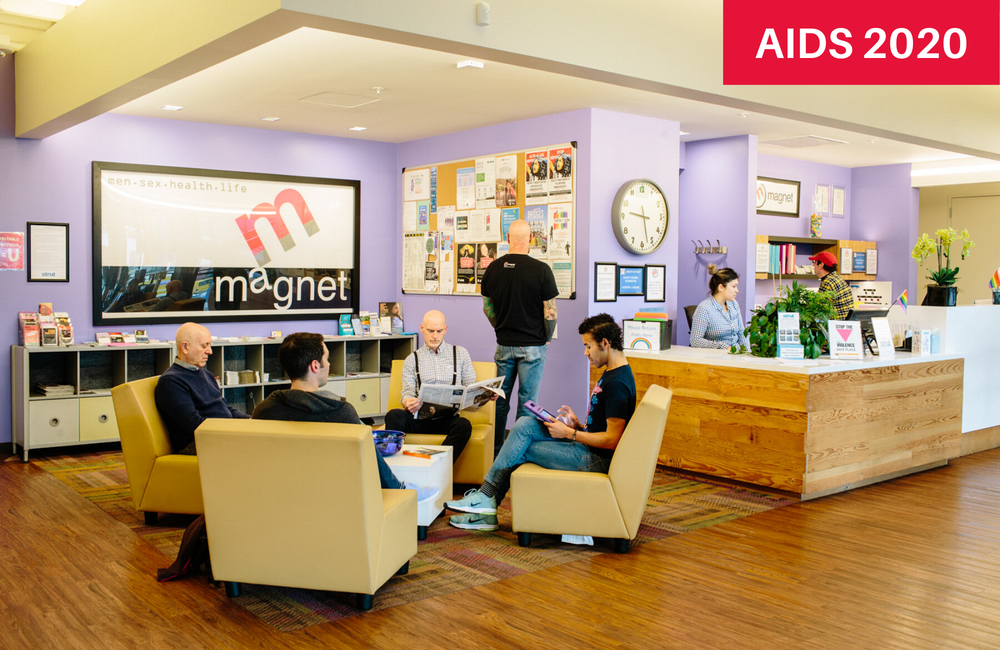 Educating clients at a San Francisco sexual health clinic about on-demand pre-exposure prophylaxis (PrEP) increased their desire to use the intermittent HIV prevention method, researchers reported this week at the 23rd International AIDS Conference (AIDS 2020: Virtual). Among the 24% of clients who did so, the rate of new infections and use of post-exposure prophylaxis (PEP) were low.

However, a French study found that community sexual health counsellors often encountered confusion about the on-demand schedule and suggested a unified message about when to start and stop PrEP. Such an approach could be especially relevant as people change their sexual behaviour and PrEP use in the wake of the COVID-19 crisis.

Daily tenofovir disoproxil fumarate/emtricitabine (Truvada) is approved for use as PrEP in many countries. In the UK and other countries where national health systems have been slow to provide or cover the cost of PrEP, many people use generic versions of the two drugs.

On-demand PrEP using daily Truvada was shown to be highly effective for gay and bisexual men in the French IPERGAY study. A newer pill, tenofovir alafenamide/emtricitabine (Descovy), is approved for daily PrEP in the US, but it has not yet been evaluated for event-based PrEP.

On-demand PrEP has been endorsed by the World Health Organization, the British HIV Association, the European AIDS Clinical Society and the International AIDS Society-USA. This regimen is not yet approved by the US Food and Drug Administration or recommended by the US Centers for Disease Prevention and Control, but some American providers are already offering it as an option in addition to daily PrEP.

Janessa Broussard, a nurse practitioner at Magnet, presented findings from a study of a PrEP 2-1-1 demonstration project. Magnet is a nurse-led sexual health clinic run by the San Francisco AIDS Foundation in the largely gay Castro neighbourhood.

The analysis included more than 3300 cisgender men and trans women. Most were white and in the 18 to 50 age group. They had to test negative for HIV and hepatitis B, have normal kidney function and not be taking gender-affirming hormones. Those who were at risk for HIV acquisition through vaginal or frontal sex were excluded, as PrEP 2-1-1 has not yet been studied in this population.

Clients seeking PrEP were informed about the daily and on-demand strategies and could choose which one they preferred. In addition, people already on daily PrEP were told about the newer method and offered the opportunity to switch.

Clinic counsellors presented daily and on-demand PrEP as equally effective strategies. However, they offered guidance that PrEP 2-1-1 might be most appropriate for people who have sex less than once a week and those with predictable sex lives, and advised that intermittent PrEP was not a way to reduce side effects. Participants were encouraged to change dosing strategies as often as they needed to, based on their self-perceived sexual risk.

Side effects were uncommon overall, but occurred more often in the PrEP 2-1-1 group. The most frequently reported side effects were nausea, vomiting and diarrhoea. Nausea was about twice as common in the on-demand group than the daily group (6% vs 3%). Sexually transmitted infections (STIs) were diagnosed at similar rates in both groups.

The French community-based organisation AIDES has offered support to new PrEP users since the early stages of the IPERGAY study. French guidelines endorse both daily and on-demand PrEP.

Trained AIDES counsellors educate community members about HIV, STIs, PrEP adherence and harm reduction around recreational drug use. They are available to talk with new PrEP users during the first six months after starting PrEP and after each medical appointment.

The community health workers found that they received the most questions about how to start and stop PrEP, what to do if a dose is missed or not taken on time, and how to adjust their PrEP in accordance with their evolving sex lives.

These questions suggest that guidelines and educational materials are not clear and are not adapted to the evolving needs of PrEP users, particularly at times in their lives when they need to switch regimens, according to the study authors.

To simplify matters, the counsellors decided to promote the idea of starting and stopping PrEP, without distinguishing between the daily and on-demand strategies. When starting, users should take two pills between 2 and 24 hours before they intend to have sex. They should then take one pill a day for as long as they are having sex, followed by a single pill on each of the two days after they last have sex.

This concept is similar to the approach recommended in the WHO's 2019 PrEP guidelines for men who have sex with men.

“This shocking ruling defies evidence, logic, public health and human rights and sets back enormous progress made in the fight to end the HIV epidemic in the US and globally," said Mitchell Warren, AVAC’s executive director.
AVAC
8 Sep 22
More editors' picks