COVID-19 has had a major impact on PrEP, sexual behaviour and service provision 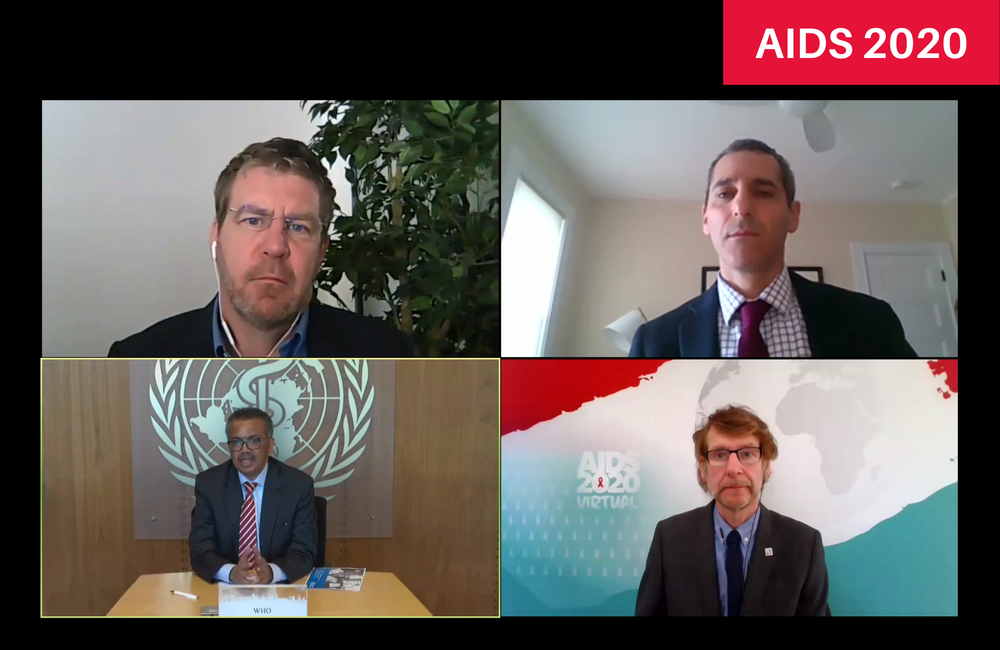 Several late-breaking studies at the 23rd International AIDS Conference (AIDS 2020: Virtual) showed the extensive impact of COVID-19 on PrEP services and use, with lockdowns and shelter-in-place orders contributing to substantial reductions in sexual activity, partner numbers and associated PrEP use in gay men in both the USA and Australia.

Relatively few people had difficulty accessing PrEP, with many services switching to telemedicine or phone services, and temporarily going without routine lab testing while these services were swamped by coronavirus testing. In presentations from both countries, concern was expressed that there could be an upswing in HIV transmission if countries and states leaving lockdown do not put plans in place to manage timely resumption of PrEP.

Dr Mohamed Hammoud of Sydney's Kirby Institute presented data from an existing observational study of 940 gay and bisexual men, who were asked in April about sexual behaviour pre- and post-COVID-19. The cohort was 91% gay identified, 95.7% cisgender and 69% university educated.

Concern about COVID-19 grew steadily between January and March with a sharp upturn to almost 100% concern in April 2020 – the month when Australia restricted travel and said no more than two people could meet. Participants reported a two-thirds (65%) reduction in sex with fuckbuddies (recurring but casual partners) and a 58% reduction in sex with casual partners. Of the overall group, almost half (46%) had been on PrEP prior to coronavirus and over half of them (58%) continued to use it.

Of those reporting ongoing sexual activity with fuckbuddies or casual hookups, one in five (19%) did so without using PrEP. However, almost 90% reported having much less sexual activity.

Of those stopping PrEP, 86% gave COVID-19 as one of the reasons but only 17% reported that they had found it difficult to access PrEP during this time. Hammoud concluded that COVID-19 could be an opportunity to expand PrEP on demand and other dosing options. He conjectured that the expected short-term decline in HIV transmission could be followed by a short term increase unless preparations were put in place to respond to the likely increase in sexual activity following the easing of lockdown measures.

A survey of PrEP users and healthcare providers across the US presented by Scott Brawley of the American Academy of HIV Medicine demonstrated similar themes of behavioural change and reduction of PrEP uptake, generally by choice rather than restricted access. The presentation showed the impact of shelter-in-place orders on PrEP access and use in late April and early May, at the height of restrictions on movement across the US.

In all, 394 users and 188 providers responded, with users showing similar patterns of change in PrEP usage to those in the Australian study, though demographic data for the US PrEP users was not given. The 95.3% of users on daily PrEP went down to 61.6% while the much smaller group using event-driven PrEP dropped from 4.7% to 2.9%.

These reductions were mirrored, again, by reported reductions in risk activities, with over half (57%) of PrEP users reporting no sexual partners during the period and a further third (33%) reporting fewer partners. Some 72% reported no longer using hookup apps while 16% were using them less. Although more than one in ten reported ongoing sexual activity, some states had begun to lift shelter-in-place orders towards the end of the study period, which could account for some of this.

A third (32%) of users had stopped PrEP completely during the reporting period. Reasons given for stopping were primarily not being currently at risk (89%). Only 8.3% (11 people in all) reported having no access to PrEP but most had lost it not by clinic closure but through losing a job and their health insurance – casualties of the US system in which health coverage is often linked to employment.

Data from PrEP providers showed over 90% restricting or changing their practice to reduce face-to-face contact. Over two-thirds (68%) used telemedicine for at least some appointments, to triage patients or to provide a consultation online. Almost half (43%) only offered telemedicine appointments. Sixty per cent were holding phone consultations and 22% had limited their services. Only 2.6% had closed entirely and stopped offering PrEP in any way.

Difficulty in accessing services from labs prioritising COVID-19 testing made it hard for providers to follow national PrEP guidelines. Almost three-quarters of providers had to delay recommended STI testing or monitoring, while 15% simply decided to forgo routine checks altogether while refilling prescriptions. Almost half had treated patients for suspected STIs without testing.

Guidance to clinicians on managing PrEP services in this situation was only issued by the Centers for Disease Control and Prevention in May. In his conclusions, Brawley noted the importance of this guidance if further lockdowns happened. He also observed that telemedicine was “likely to continue for some time” as it had been a critical component of maintaining service.

A review of the impact of COVID-19 on PrEP services in Fenway Health, an LGBT+ health facility in Boston, confirmed these findings but also showed differential impacts on vulnerable sub-populations.

Dr Douglas Krakower said that his examination of 3520 patient records from January to April 2020 showed severe disruption of preventive health care, with the number of new patients starting PrEP reducing by almost three-quarters (72.1%) over the period.

Mirroring and exceeding national trends, Fenway reported an almost complete shift to telemedicine. While in January/February 2020 all appointments were in-person, by April almost all appointments (1022 vs 24) were by telemedicine. Similarly, the number of tests done for HIV and other STIs decreased dramatically by 85%. This was unsurprisingly mirrored by an 80% reduction in positive diagnoses for both, but an increase in STI positivity rates of 3.5%.

The most illuminating data was on prescription lapses (where no new PrEP prescription was filled before a previous one ran out). Lapses rose from February onwards and overall increasing by 191%, from 143 in January to 407 in April.  However, these lapses were not uniform across different social groups and were associated with both age and ethnicity.

Refill lapses occurred more often in younger people (18% of those 26 and under compared to 12.6% in those older) and while one in eight (12.4%) were in white people, they occurred more often in black people (14.2%) and over one in five (21.6%) were in multiracial people. They were also more frequent in people of Hispanic origin (17%) than non-Hispanic (12.7% overall).

Other disparities uncovered were a higher impact on trans people (17.7% lapsed prescriptions compared to 13.5% in cisgender men) and a substantial difference for those with public health insurance (almost one in five or 19.5%) in comparison with those with private healthcare insurance (12.6%).

While all three studies showed there has been a substantial impact on PrEP services for gay and bisexual men in general, Krakower pointed out the need to pay attention to vulnerable subpopulations, echoing findings presented elsewhere at AIDS 2020 of increasingly clear disparities in access to and take-up of both PrEP and treatment in some subpopulations.

Hammoud A et al. Physical distancing due to COVID-19 disrupts sexual behaviours among gay and bisexual men in Australia - Implications for trends in HIV and other sexually transmissible infections. Journal of Acquired Immune Deficiency Syndromes, online ahead of print, July 2020.