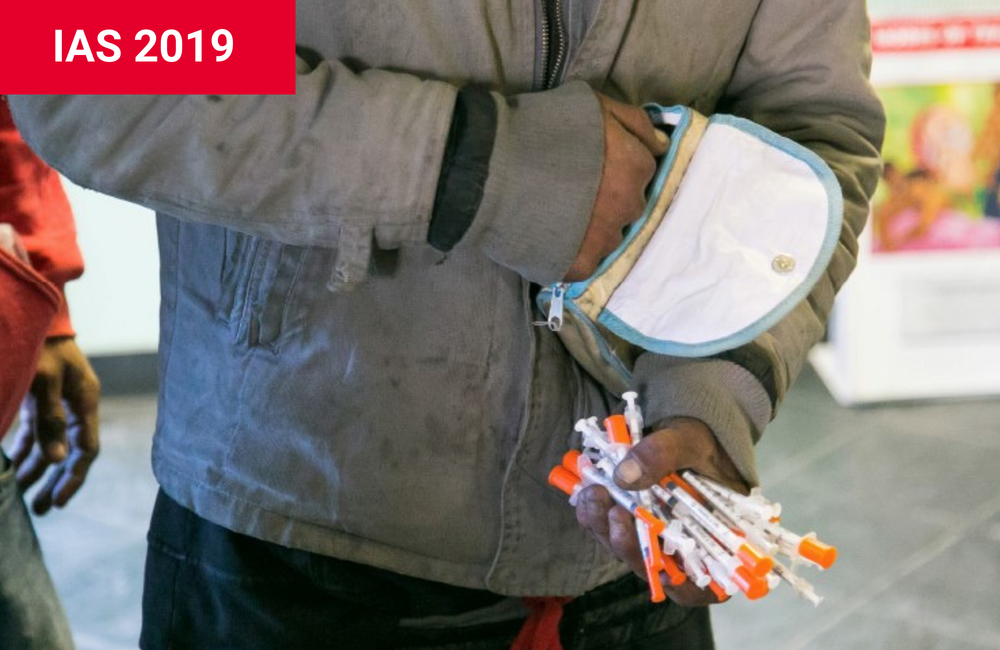 Scheibe assessed needle distribution, opioid substitution therapy (OST) coverage and the HIV treatment cascade among people who inject drugs accessing harm reduction services in the five cities where these services had been introduced.

South Africa is part of numerous trading routes of drugs that are injected and injecting drug use has risen over the last two decades. For example, heroin-related admissions at rehabilitation services rose from less than 200 in 1998 to 1200 in 2016.

Between 14 and 21% of the estimated 75,000 people who inject drugs in South Africa are living with HIV. For HIV epidemic control among people who inject drugs, the World Health Organization (WHO) recommends needle and syringe programmes (providing 300 needles per person per year), OST (coverage of at least 40%), HIV testing and counselling, and that all people diagnosed with HIV initiate antiretroviral therapy.

In total, 7316 people accessed the needle and syringe programmes (361 in Port Elizabeth, 541 in Durban, 700 in Cape Town, 1365 in Johannesburg, 4349 in Pretoria). The Durban programme was stopped by the municipality in May 2018. “We have to share needles, two to three people on one needle. When it's blunt it hurts your skin,” said one client in Durban following the closure of the programme.

The researchers concluded that to reach HIV epidemic control and meet targets among people who inject drugs in these cities, needle distribution needs to double, OST coverage to expand ten-fold, and access to HIV testing and treatment to increase five-fold.

They also recommended that enhanced mechanisms for linkage and monitoring of ART and viral suppression be created. In Durban, stakeholders need to work with the municipality to have services reinitiated.