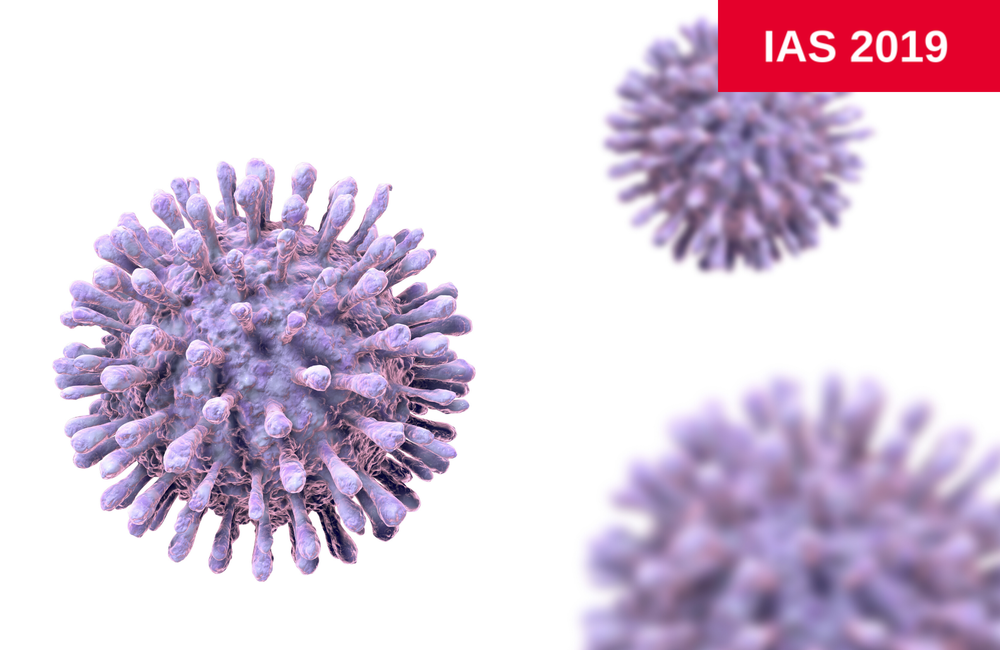 Michaela Müller-Trutwin of the Institut Pasteur in Paris gave an overview of research on immune activation and HIV-induced inflammation at the 10th International AIDS Society Conference on HIV Science (IAS 2019) in Mexico City last week. She highlighted the links between chronic inflammation and the establishment of the HIV reservoir. She also shared insights from non-human primates which escape inflammation despite high viraemia, suggesting a crucial role for natural killer cells.

Low-level HIV inflammation generally persists in individuals, even when their HIV viral load is well controlled (undetectable) by antiretroviral therapy (ART). This inflammation occurs in most people with HIV who started ART at the chronic stage of their infection (i.e. after primary infection). A well-known consequence of HIV-associated chronic inflammation is the increased risk of non-AIDS co-morbidities (such as cardiovascular disease and cancers) and mortality.

During primary HIV infection, prior to ART, the level of inflammation is very high and is a strong predictor of HIV disease progression. Therefore, studies have shown that the earlier ART is initiated during the acute phase, the better. Benefits include decreases in the size of the HIV reservoir, in viral diversity, in immune activation and in inflammation; as well as faster immune restoration.

However, scientists had hoped that starting ART in the very early days of acute infection would normalise levels of T-cell activation and inflammation. Unfortunately, in several studies, inflammation markers have not shown this outcome, even long after ART initiation. One example comes from the Thai cohort of acute HIV infection, where levels of TH17 cell (a type of CD4 T-cell producing Interleukin-17) in the gut did not return to normal after a long period on ART.

Müller-Trutwin explained that, however useful they may be, adequate biomarkers were difficult to identify for the monitoring of the ART-induced repair of tissue damage. Several markers (including zonuline, LBP, sCD14 and citrulline) do reflect gut tissue damage (such as loss of TH17 cells and disruption of the intestinal immune barrier). However, most of them are not specific enough and are also associated with other immune activations that may occur at the same time (CD4 activation and macrophage activation, for example).

Some studies have found a correlation between chronic inflammation and the size of the HIV reservoir, while some have not. However, one study showed a correlation between the reservoir size and viral RNA, prior to starting ART, suggesting that it is not the level of chronic inflammation during long-term ART that is associated with the maintenance of the HIV reservoir, but rather, tissue damage in the acute infection phase that is incompletely repaired.

So, how might chronic inflammation contribute, even under long-term ART, to the establishment of the HIV reservoir? Many studies have addressed this question, suggesting several mechanisms. Chemokines (small proteins secreted by cells to mobilise and activate infection-fighting white blood cells, that are involved in many immune and inflammatory responses), for example, are known to rise after HIV infection and might be responsible for attracting new target cells – in particular, activated CD4 T-cells – to infected tissues, where they will be infected and fuel viral replication. Chemokines also have the capacity to enhance latent cells or viral replication, as demonstrated in several studies.

In the meantime, chronic inflammation can impair immune responses in several ways. For example, inflammation increases levels of PD-1 receptors, known to dampen the functionality of T-cells that are faced with repeated stimulation from chronic infections or tumours. Eventually, inflammation causes damage to gut and lymphoid tissue, additional to that which occurred during acute infection.

Müller-Trutwin briefly reviewed the many studies that have tested or are testing medications, sometimes from other disease fields, against HIV-induced inflammation. They range from cytokine inhibitors and valganciclovir (an anti-CMV drug), to statins (cardiovascular drugs, now known to also reduce inflammation), to a combination of vitamin D and exercise. So far, most have had inconclusive results.

There is still a need to understand why HIV induces inflammation, even when the viral load is undetectable, and to determine what mechanisms might be able to regulate the phenomenon.

In this field, researchers can learn a lot from non-human primate models. Once they are infected with SIV (Simian Immunodeficiency Virus), Asian macaques progress to AIDS in a similar way to humans with HIV (this is why they are called ‘pathogenic models’). On the other hand, African green monkeys and sooty mangabeys are ‘natural hosts’. Despite having high levels of viraemia in their plasma and their gut, as humans do, they don’t have chronic inflammation.

How do they escape inflammation? This is still unclear. But we do know that these natural hosts do not lose TH17 cells; they maintain their intestinal barrier; they do not show bacterial translocation (the passage of bacteria from the gastrointestinal tract to other organs, through the intestinal mucosal barrier, when it becomes permeable due to inflammation); and their lymph nodes are not destroyed. As a matter of fact, while the African primates do not generally control viral replication, they do so very strongly in their lymph nodes. One probable cause of this very localised and efficient control of viral replication is the migration of natural killer (NK) cells (cells in the immune system which attack and destroy infected cells or tumour cells) into the lymph nodes.

This raises an obvious question: why are these natural hosts capable of locally controlling viral replication, and why does this not happen in the Asian macaques? Müller-Trutwin presented preliminary data from an ongoing examination of NK cells in African green monkeys (natural hosts), showing an expansion of NK cells. This is distinct from the processes in Asian macaques following SIV infection. The notion of a differentiation of NK cells is a new discovery. “You knew about it for T-cells, not for NK-cells,” she said.

Building on this finding and the role of IL-21, a cytokine without which the differentiation of NK cells cannot happen, Müller-Trutwin’s team have joined an existing study on ART in Asian macaques infected with SIV to observe NK cells and see what happens if IL-21 is combined with ART. The study has two arms, each with eight macaques, receiving either ART and IL-21, or ART alone.

NK cells from the treated macaques were analysed at several timepoints. Following the first round of IL-21, NK cells started to show suppressive activity against viral replication. Greater suppression in comparison with the other arm was clearly confirmed after the second round, and more results are promised in the future.

In her conclusion, Müller-Trutwin highlighted again that more biomarkers of tissue damage and repair were needed to monitor interventions; that the lead of NK cells was definitely worth pursuing, as they might play a key role in the reduction of the HIV reservoir; and that many lessons can be learnt from natural hosts, on the path towards an HIV cure.

View details of this session on the conference website.