HIV elimination in gay men: what is working? 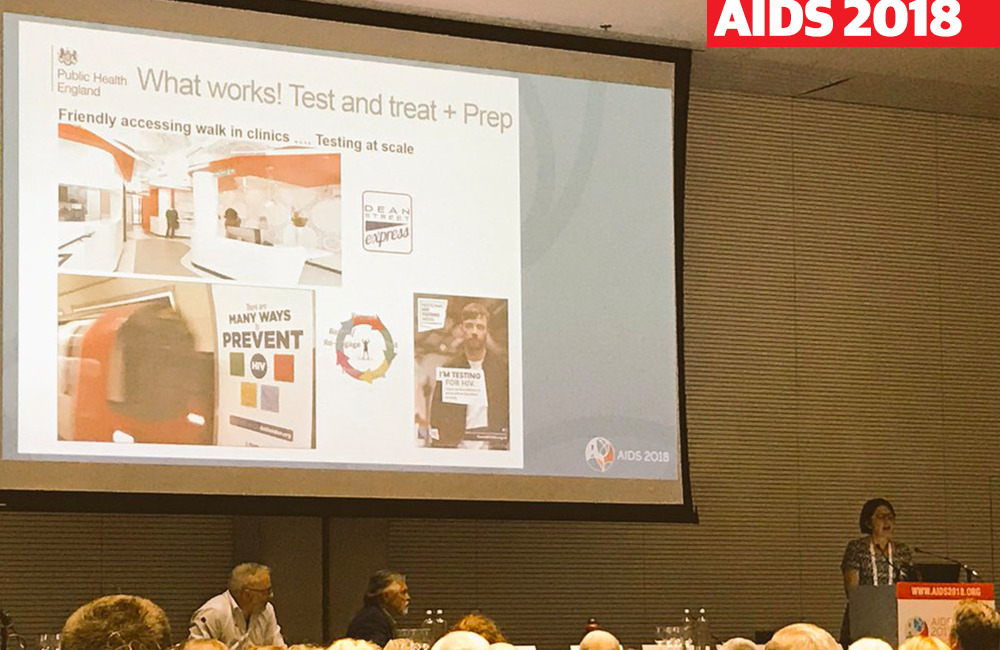 Substantial decreases in HIV diagnoses in key cities show the way to elimination of new HIV diagnoses in gay men, a workshop at the 22nd International AIDS Conference (AIDS 2018) in Amsterdam heard on Tuesday.

Public health officials, clinicians and community leaders presented data from Sydney, London and New York which all showed remarkable declines in new HIV diagnoses amongst gay men. Yet each city also highlighted groups which had benefited more and less from this decline, giving clues to ways in which a combination prevention programme could be optimised and targeted.

For Sydney, Andrew Grulich of the Kirby Institute presented data showing that the average number of HIV tests per year by men who have sex with men (MSM) at high risk of acquiring HIV increased from 1.79 to 3.44 between 2011 and 2016, while the percentage of MSM on treatment within six months of diagnosis rose from 60% in 2013 to 97% in 2017.

For London, Valerie Delpech of Public Health England showed that while the perceptible decline in new MSM diagnoses was first noticed in central London clinics in 2016, by using CD4 back-calculations, the decline in new infections can be traced back to 2013. This coincided with a substantial increase in community testing campaigns and earlier treatment, while the emergence of unofficial but widespread PrEP use amongst gay men from 2016 accelerated the trend.

Charles King of Housing Works presented New York data showing a 16% increase between 2007 and 2016 in those who had ever had an HIV test and a level of 77% (of those diagnosed) having suppressed viral load in 2016. Testing frequency and time to treatment also improved.

Each presenter credited political leadership, including changes in both Sydney and London which re-energised central planning and service co-ordination. “The role of community and civil society has been critical” said Valerie Delpech. However, divergences in which groups benefited most also gave pointers to potential problems.

In all three cities, the decline was most marked in central urban districts where gay community engagement was greatest; in Sydney this was a remarkable 52% in the city centre compared to only 7.3% in the suburbs. This suggested that community attachment and cohesion may play a role.

New York saw a much greater decline in onward transmissions amongst people injecting drugs than amongst MSM, though it was unclear where chemsex sat within this. In Sydney, the decline was only amongst Australian-born MSM, while foreign-born MSM saw a small but continuing increase in the level of diagnoses.

Valerie Delpech suggested that the change to genuinely universal access to free HIV treatment in England had played a part in their success amongst all groups, including undocumented migrant MSM. However, England's continued failure to provide free access to PrEP, except for those on the IMPACT trial from late 2017, was noted.

“Testing is a vital tool whether the result is positive or negative” stated the UK's Professor Jane Anderson, pointing out that a negative result is also an opportunity for intervention. “Viral suppression is the foundation for ending HIV,” said Charles King. Andrew Grulich talked about the importance of having rolled-out PrEP in one year to 25% of all sexually active MSM in New South Wales. But each continent's experience gave clearer clues than ever to how HIV might be eliminated, at least amongst those at greatest risk in cities. Combination knowledge, alongside combination prevention, may be the answer.