South African child has controlled HIV off treatment for 8.5 years 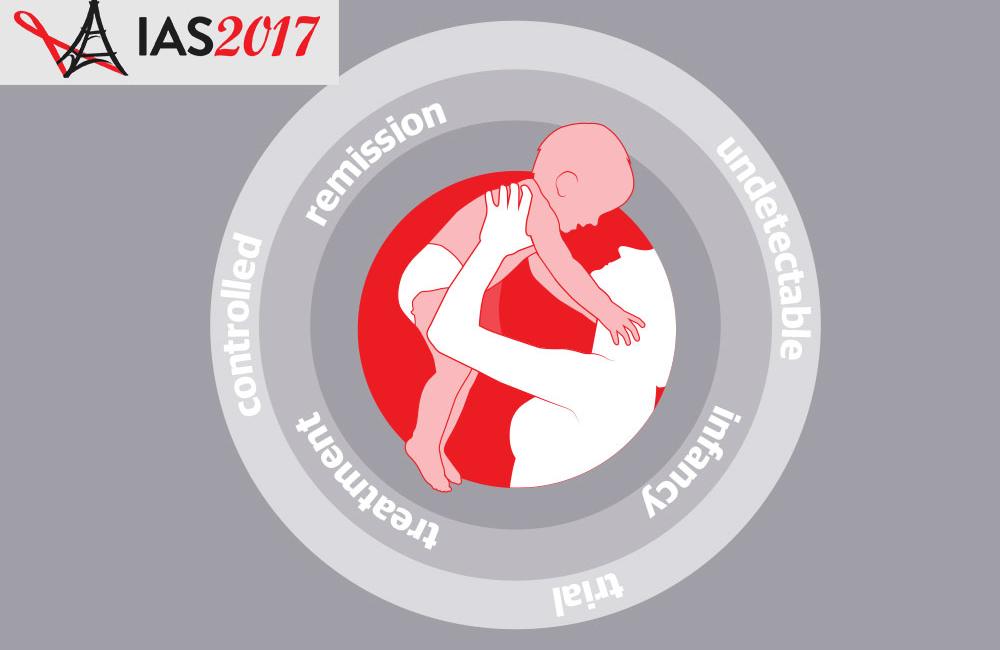 A nine-year-old South African child who was diagnosed with HIV infection at one month of age and received HIV treatment for 40 weeks during infancy has suppressed the virus without anti-HIV drugs for eight and a half years, scientists reported today at the 9th IAS Conference on HIV Science (IAS 2017) in Paris, France.

The child is the third example of an infant who began HIV treatment very soon after birth, stopped treatment after months or years and went on to control HIV infection for a prolonged period. A French child diagnosed at three months of age and treated for somewhere between 5 and 7 years is still controlling HIV off treatment eleven years later. A second child, known as the 'Mississippi Baby', began receiving treatment 30 hours after birth, stayed on treatment for 18 months and then stopped, controlling HIV for 27 months before the virus re-emerged.

The South African child whose case was presented today was treated for a short period after birth as a participant in the CHER study, which compared two early treatment strategies for infants diagnosed with HIV in southern Africa. The child was diagnosed at one month of age, started treatment at two months of age in the group of infants randomised to receive 40 weeks of treatment with lopinavir/ritonavir, zidovudine and lamivudine, and stopped treatment at one year of age. The child had an undetectable viral load below 20 copies/ml by the time of stopping treatment.

The child was tested every three months until four years of age to check CD4 cell count, and analysis of stored blood samples now shows that the child maintained an undetectable viral load throughout this follow-up period. Testing at 9.5 years of age shows that HIV is still undetectable and that the number of cells containing HIV DNA – the viral reservoir – has not changed since stopping treatment.

The child exhibits a weak HIV gag-specific CD4 cell response, indicating that the child’s immune system can mount a response to the virus, but lacks CD8 cell responses to HIV. This may mean that very low levels of virus are present but cannot be detected by currently available methods. No replication-competent virus has been isolated using two different methods for culturing virus from potentially infected cells.

Researchers in South Africa and the United States are still trying to explain how the child has controlled HIV. They are careful not to describe the case as a cure; instead, they say, the child’s HIV infection is in remission, controlled by factors that are still to be understood.

“We believe there may have been other factors in addition to early ART that contributed to HIV remission in this child,” said Caroline Tiemessen, Ph.D., whose laboratory at the Centre of HIV and STIs of the National Institute of Communicable Diseases (NICD) in Johannesburg is studying the child’s immune system.

A large study, IMPAACT P1115 is testing the hypothesis that giving ART to HIV-infected newborns beginning within 48 hours of birth may permit long-term control of HIV replication after treatment is stopped, potentially leading to HIV remission. IMPAACT P1115 began in 2014 and has enrolled 42 HIV-infected infants. The first children may become eligible to stop ART in late 2017.

A small subset of people, known as controllers, are able to suppress HIV naturally, without the need for medication. A small percentage of controllers ultimately lose the ability to suppress the virus. Researchers have found that aborted control is likely due to HIV-specific T cells losing the ability to replicate and kill infected cells, which can happen years before.
Science Daily
14 Sep 21
The search for a cure