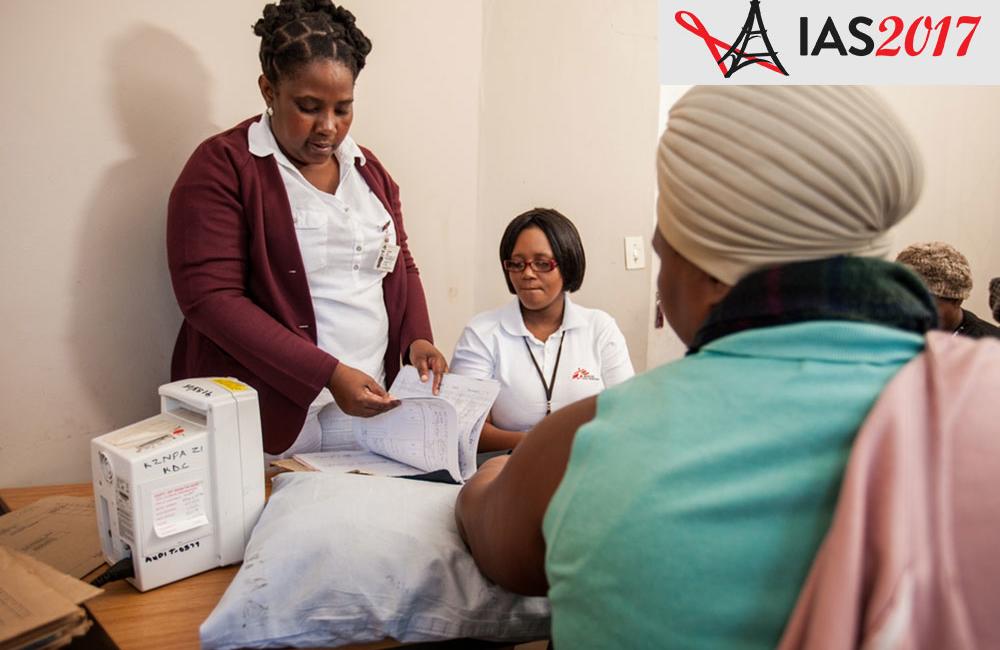 Shifts to less frequent clinic visits and medication pick-ups to free up healthcare resources and make life easier for people living with HIV are being implemented successfully in some African countries, but still need fine tuning, several studies presented on Monday at the 9th International AIDS Society Conference on HIV Science (IAS 2017) show.

The studies looked at the practice of multi-month prescribing, by which clinics provide several months of antiretroviral drugs at one time to people living with HIV in their care, in order to reduce the need for monthly clinic visits to pick up refills of medication. Frequent clinic visits can be difficult to manage, especially if the clinic is a long way from home, transport is unaffordable or working hours prevent attendance at the clinic.

Less frequent clinic visits have been associated with better retention in HIV care in a large study in Zambia, and in other southern African countries, and also have the potential to reduce clinic congestion and increase the number of people who can be started on antiretroviral therapy (ART) as countries move to 'Test and Treat' guidelines recommending treatment for all people living with HIV.

The practice of multi-month prescribing is central to the concept of differentiated care, through which people with less complex medical needs can receive more care in the community in order to free up medical resources for people who are sicker, those starting treatment and those with viral rebound.

Multi-month prescribing will not be suitable for everyone. In Malawi, for example, multi-month prescribing is offered to adults who have been on ART for at least six months, who have a viral load below 1000 copies/ml and good adherence. People with opportunistic infections or tuberculosis are required to attend the clinic more frequently. These criteria are designed to ensure that people with more complex clinical needs, and those who have recently started treatment, are not lost to follow-up.

A survey of health care workers and interviews with clinic managers explored the reasons for providing multi-month prescribing to patients who were not eligible.

Further training and job aids are needed for health care workers to help them to distinguish which patients are eligible, the study investigators concluded; better alignment of electronic and paper records would also ensure that health care workers have up-to-date information about viral load results, for example.

On average, children and adolescents shifted to multi-month prescribing attended the clinic every 61 days, compared to a mean interval of 39 days between visits for those on monthly prescribing. Patients who shifted to multi-month prescribing tended to have better long-term outcomes, as one would expect in a group of patients selected for the intervention on the basis of good short-term outcomes.

Another model of reducing clinic visits is to devolve medication pick-up to adherence clubs in the community. A member can be assigned the responsibility to visit the clinic every two to three months to pick up medication for the other members of the club, or a nurse can attend the club to deliver drugs and draw blood for viral load testing. Members attend the club for counselling and to pick up their medication.

"Frequent clinic visits can be difficult to manage, especially if the clinic is a long way from home, transport is unaffordable or working hours prevent attendance at the clinic."

Results of a two-year randomised study comparing community and clinic-based adherence clubs were presented by Colleen Hanrahan of Johns Hopkins Bloomberg School of Public Health, Baltimore. The study was carried out at Witkoppen Clinic in Johannesburg, South Africa, where 775 adults were randomised to attend a clinic- or community-based adherence club every two months.

The study population was approximately two-thirds female (65%) and had a high median CD4 cell count (506 cells/mm3). Participants were followed for two years. After two years, 57% of people in the clinic-based clubs were retained in care and had suppressed viral load compared to 47% in the community-based clubs (p = 0.003). The most common reasons for loss from club care and referral back to the clinic were missing a club visit and failing to pick up medication, and viral load rebound.