Hepatitis C treatment is effective and feasible in Africa 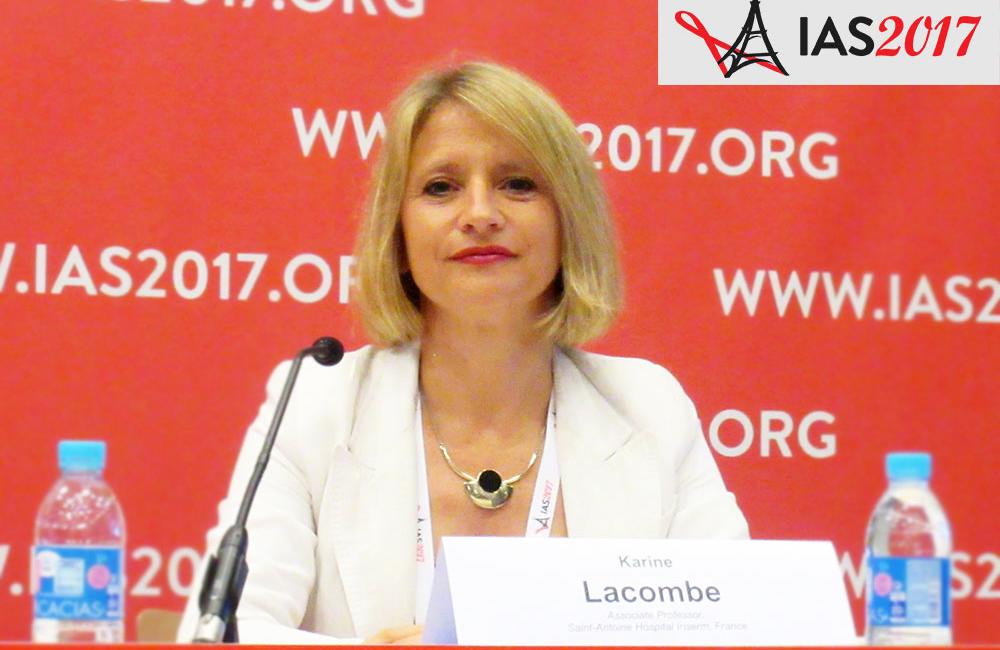 Treatment for hepatitis C in sub-Saharan Africa can produce cure rates as high as those seen in industrialised countries, with high adherence and minimal side-effects, according to a presentation yesterday at the 9th International AIDS Society Conference on HIV Science (IAS 2017) in Paris, France.

"This is very good proof that when treatment is available, patients are adherent and keen on taking treatment – this is the time to advocate for larger access to direct-acting antivirals in Africa." Dr Karine Lacombe

Direct-acting antivirals (DAAs) used in interferon-free regimens have changed the treatment paradigm for hepatitis C. Studies conducted in Europe and North America have shown cure rates exceeding 90%, even for difficult-to-treat patient populations such as those with liver cirrhosis.

To date, there has been little research on hepatitis C therapy in resource-limited settings, and access to care and treatment is limited. However, the World Health Organization has committed to expanding HCV screening and treatment worldwide, aiming to test 90% and treat 80% of people living with hepatitis B or C by 2030.

Dr Lacombe and colleagues conducted the TAC ANRS 12311 trial, sponsored by the French National Agency for Research on AIDS and Viral Hepatitis (ANRS), to assess the feasibility, efficacy and safety of interferon-free DAA treatment in Cameroon, Ivory Coast and Senegal.

Starting in October 2015, this open-label study enrolled 120 adults who had not previously been treated for hepatitis C; 110 of them were included in this preliminary analysis.

Just over half were men and the median age was 55 years. A third each had HCV genotypes 1, 2 and 4. About 30% had HIV and HCV co-infection. Of these, 84% had HIV RNA below 50 copies/ml and the median CD4 count was 624 cells/mmm3. One in ten had compensated liver cirrhosis. People with hepatitis B or severe decompensated cirrhosis were excluded.

Participants with genotype 1 or 4 were treated with sofosbuvir/ledipasvir (Harvoni) for 12 weeks, while those with genotype 2 received sofosbuvir plus weight-based ribavirin.

After 12 weeks of post-treatment follow-up, 89% achieved sustained virological response (SVR12), or continued undetectable HCV RNA, considered a cure. Cure rates were 88% for genotype 1, 90% for genotype 2 and 89% for genotype 4. The SVR12 rate was a bit lower for those with cirrhosis, at 78%. HIV co-infection had no impact on efficacy, adherence or safety.

Treatment was safe and well tolerated, with no severe adverse events or deaths. No one was lost to follow-up, and all but one completed the 12-week treatment course. The remaining participant discontinued treatment after 8 weeks due to travelling abroad, but still achieved SVR12. Four participants developed anaemia (haemoglobin below 100 g/l) and reduced their ribavirin dose.

Based on these findings, "It is time to scale up HCV screening and advocate for treatment access for those in need  in resource-limited countries,  to make global HCV elimination a reality for all," the researchers concluded.

The cure rates in this study are in line with those seen in Europe and North America, with excellent tolerability and no safety issues, according to Dr Lacombe.

"This is very good proof that when treatment is available, patients are adherent and keen on taking treatment – this is the time to advocate for larger access to DAAs in Africa," she said. She added that the infrastructure developed for HIV can also be used for hepatitis C.

However, the high cost of DAAs remains a barrier and advocacy is needed to get more generic drugs on the market, Dr Lacombe said. Even at a cost of US$100 per treatment course, many people will not be able to pay and lower-income countries will require assistance from international funders. Expanded screening is also critical, as a majority of people living with HCV worldwide do not know they have HCV.

"The first results of the ANRS TAC trial now argue strongly that access to DAAs should be extended without delay to HCV-infected patients in Africa and, more generally, in all resource-limited countries," ANRS director François Dabis said in a press release.