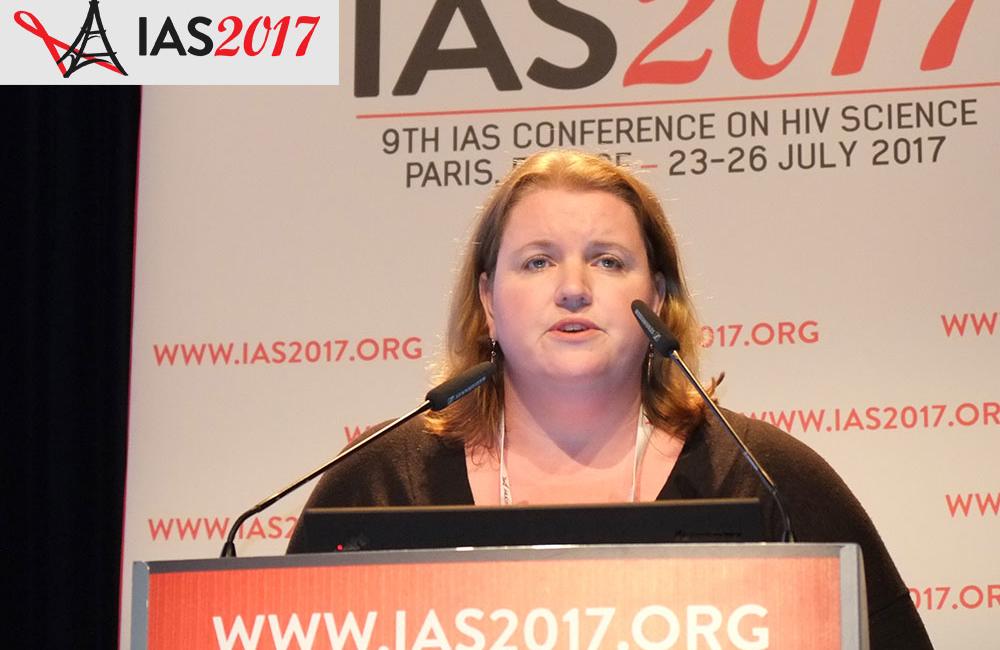 One of the first studies to explore the acceptability, safety and use of pre-exposure prophylaxis (PrEP) in adolescents in an African context has found that PrEP was safe and tolerable, although PrEP usage and adherence did tail off during the twelve months of the programme.

Presenting the findings of the PlusPills project to the 9th International AIDS Society Conference on HIV Science (IAS 2017) in Paris yesterday, Katherine Gill of the Desmond Tutu HIV Foundation said that South African adolescents need access to PrEP with tailored adherence support and more frequent clinic visits. Less frequent dosing schedules, if validated, could be of interest to this population, she suggested.

PlusPills is just one of several demonstration projects on PrEP for adolescents and young women in South Africa that are underway or have recently been completed. Yogan Pillay, the country’s Deputy Director General for Health, told the conference that these findings would be considered together to inform the development of the country’s PrEP programming. South Africa is further ahead with PrEP provision for sex workers and men who have sex with men than it is for adolescents and young women.

Adolescent girls and young women aged 15 to 24 account for 23% of all new HIV infections in sub-Saharan Africa. Females are much more vulnerable to HIV than their male peers. Whereas 0.7% of adolescent boys aged 15 to 19 have HIV in South Africa, the equivalent figure for girls is 5.6%. In the 20 to 24 year age group, 5.1% of men and 17.4% of women have HIV. In some parts of the country, prevalence is even higher.

The primary objective of PlusPills was to evaluate the acceptability, safety and use of a daily regimen of daily Truvada PrEP as part of a comprehensive HIV prevention package. As there are not any data on PrEP in adolescents in an African context, such studies are needed before PrEP can be licensed for use by adolescents, Gill said.

PlusPills recruited a self-selected cohort in need of HIV prevention services. It enrolled 148 HIV-negative adolescents (ages 15 to 19 years) at two sites in Cape Town and Soweto. Of note, while 99 of the participants were female, 49 were male. The median age of study participants was 18, a quarter had completed formal schooling and 90% were living with their family.

Their median age at sexual debut was 14.5. One in five had had a partner who was at least five years older. While three quarters had used a condom the last time they had sex, only a third always used a condom and 41% tested positive for a sexually transmitted infection (STI) at baseline.

This was a single arm study. In addition to PrEP, the HIV prevention package that all participants received included HIV testing, management of STIs, risk reduction counselling, male and female condoms, post-exposure prophylaxis (PEP), and circumcision counselling and referrals.

The study participants were required to take PrEP daily for the first three months of the study, but could opt out at the three-month mark. At each study visit after that they could opt in or out of PrEP.

PrEP was reasonably well tolerated with minimal safety concerns. Sixteen participants (11%) experienced a grade 2 or 3 side-effect, including headaches, nausea and vomiting, abdominal pain, diarrhoea, skin rash and weight loss. Participants who stopped PrEP often complained of side-effects, although Gill said that many participants were starting contraception at the same time and it could be hard to be sure of the exact cause of problems.

The use of PrEP and adherence to daily dosing dropped off over time, something that has been seen in PrEP studies conducted with adolescents in the United States. There was a particular drop off when clinic visits switched from monthly to quarterly, suggesting that adolescents need more regular contact and support. Tenofovir (one of the drugs in Truvada) was detectable in blood in 57% of participants at week 12, 38% at week 24 and 38% at the end of the study. Young women had similar levels of adherence to young men.

Participants continued to be diagnosed with STIs throughout the study. For example at the week 12 visit, there were 29 herpes diagnoses, 21 chlamydia and 8 cases of gonorrhoea.

One study participant acquired HIV during the study ­– a 19-year-old woman who had opted out of PrEP 24 weeks before diagnosis. While the study was not powered to demonstrate the efficacy of PrEP in adolescents, this population could be expected to have an HIV infection rate of around 7% a year and the STI data indicate that the participants continued to take sexual risks. It therefore appears that PrEP as part of a comprehensive prevention package did provide some protection in this population.

Lessons from other demonstration projects

Yogan Pillay of South Africa’s National Department of Health said that five demonstration studies had already provided preliminary data on how to target and deliver PrEP to adolescent girls and young women.

The uptake of PrEP varies considerably between different studies and in different social contexts, ranging from 36 to 98% of those approached. Retention and adherence also varies considerably, with between 40 and 70% of participants either reporting continued PrEP use or having sufficient levels of the drug in their blood.

The experience so far has underscored the need for flexibility and adaptability in providing oral PrEP to young women in South Africa. The diversity of settings – urban, rural, formal, informal – in which young women live means that PrEP cannot be a one-size-fits-all prevention tool.

Concerns about side-effects has been a recurrent challenge and a frequent reason for young people to discontinue PrEP. Other reasons for opting out of PrEP include dislike of the pill’s size or taste, and difficulties remembering to take it every day.

Pillay said that community education is critical to uptake and adherence. It needs to try to reduce the stigma of young people’s sexual activity and to legitimise PrEP as a form of prevention. Parents and caregivers are extremely influential in adolescent girls’ decision making about PrEP.

The government is hoping to deliver PrEP through clinics in tertiary and vocational education colleges and universities, as well as in family planning services. Work is needed to ensure that staff are sensitive and do not stigmatise PrEP users, Pillay said.

A letter published as open access online in the Lancet includes details of how the UK’s largest PrEP clinic is run as a nurse-led clinic, with 90% of the 40,950 consultations for PrEP being carried out by nurses.
i-Base
27 Jan 23
PrEP policies & guidelines