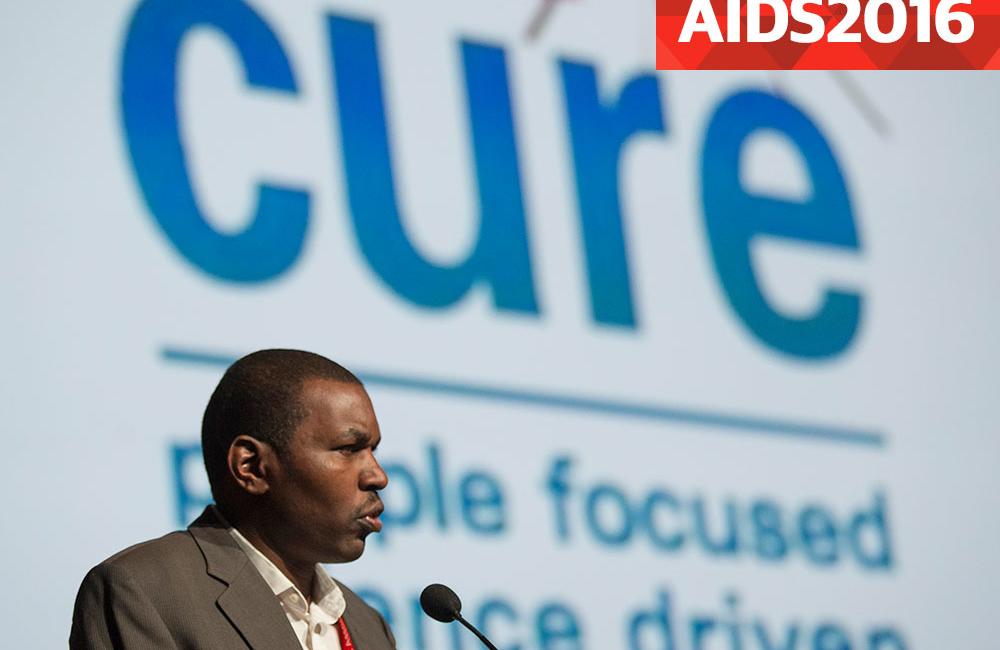 A group of young South African women who were diagnosed in very early infection and immediately given antiretroviral therapy (ART) preserved their CD4 counts and the function of cells that HIV normally disrupts. And the majority of them never seroconverted, staying HIV negative despite having evidence of low levels of HIV infection in cells.

It is planned to follow these young women for two to three years, at which point a judgement will be made about offering them the option of undergoing an Analytical Treatment Interruption (ATI) – in other words stopping their ART to see if they can remain undetectable without drugs.

The study was presented at the 2016 Towards a Cure Symposium, a two-day meeting on the latest pure and social science news in the world of HIV cure research, which preceded the 2016 International AIDS Conference that has just started in Durban, South Africa.

Thumbi Ndung’u of the University of KwaZulu-Natal told the symposium of the latest data from the FRESH study. FRESH, among other things, is a study set up to show that it is possible to do HIV cure research among vulnerable young people in low-income settings, and look at options that may actually be practicable in those settings.

“Optimising the effect of ART may be more feasible than other cure strategies in the African setting, at least in the short term,” Ndung’u commented.

FRESH has recruited 300 young women aged 18-23 who are HIV negative but at high risk of HIV and its main aim is to evaluate the effect of giving ART during ‘hyperacute’ HIV infection – the very earliest detectable stage, within no more than three weeks of infection and usually within 10-15 days, even before peak HIV viral load has been reached and well before HIV antibodies are generated.

In order to detect HIV infection this soon, the young women are given a test to detect HIV viral RNA no less than twice a week – clearly a considerable commitment.

Despite coming into clinics for testing this often and being offered condoms and prevention advice, 42 of the young women have been infected with HIV, representing an annual incidence of 8.5%, or no different from background incidence; this incidence rate, if sustained, would mean that over 50% of these young women would have HIV within eight years.

Among non-treated women, peak viral load was in the tens of millions of copies/ml ten days after being diagnosed but had declined to a steady ‘set point’ averaging 30,000 copies/ml by 3-4 weeks after diagnosis. Their CD4 counts, averaging 800 cells/mm3 before infection, fell to 250 cells during peak viremia but then recovered, though not completely, to about 470 cells/mm3 by day 30.

The women treated immediately only developed a peak viral load of about 40,000 copies/ml and had viral loads below 50 copies/ml by day 30 after diagnosis. Their CD4 counts wavered slightly during peak viremia but were at steady pre-infection levels by day 30.

Some of the treated women developed no immune responses to HIV at all – not just an absence of antibodies, but also a lack of CD8 cell responses. Of those that did, although they had fewer cells reactive to HIV, they developed a much stronger anti-HIV response. In contrast, in untreated women, their HIV-specific CD8 cells displayed a much more sluggish response to HIV (only 20% secreting the natural antiviral interferon-gamma) than to other viruses (60% to CMV, 100% to flu).

This finding is concordant with others presented at the symposium, suggesting that HIV does something specific to CD8 cells that leads to them becoming sluggish and unreactive. It probably does this by causing the cells to ‘downregulate’ or withdraw their receptors for other immune transmitters into themselves – such as the CD127 receptor, the presence of which indicates cell longevity.

This may modify the ‘inflammation hypothesis’ that HIV causes its damage by causing the immune system to burn out – instead it may specifically switch off parts of it. The HIV-specific CD8 cells in treated women had fully upregulated CD127 molecules and secreted ten times as much interferon-gamma.

Implications and next steps

While these findings are intriguing, the question is: what next for the treated women? Will their apparently very low levels of virus translate into an ability to contain it if they are taken off ART? This is a critical debate in cure research. Some scientists say that only treatment interruptions will tell us if early ART or other interventions lead to viral control off ART, while others want more animal model experiments and better surrogates for control before they consider treatment interruption for people. Ndung’u said that the current opinion of the trial ethics committee was that the women should be on ART for at least 2 to 3 years before considering treatment interruptions.

Related questions include how to educate the women who test HIV-negative that they still probably have the infection, and also whether PrEP (pre-exposure prophylaxis) should be part of what’s on offer to women with such high incidence. At a parallel meeting, the World Health Organization said that offering PrEP should be a priority in populations in which the rate of new HIV infections is 3% per year or greater. Ndung’u told aidsmap.com that they were waiting for the South African government to issue its PrEP guidelines, probably this autumn, but would then likely offer it, even if it meant considerably altering incidence and therefore the trial’s power.