Young gay men can do well on PrEP, but may need more support 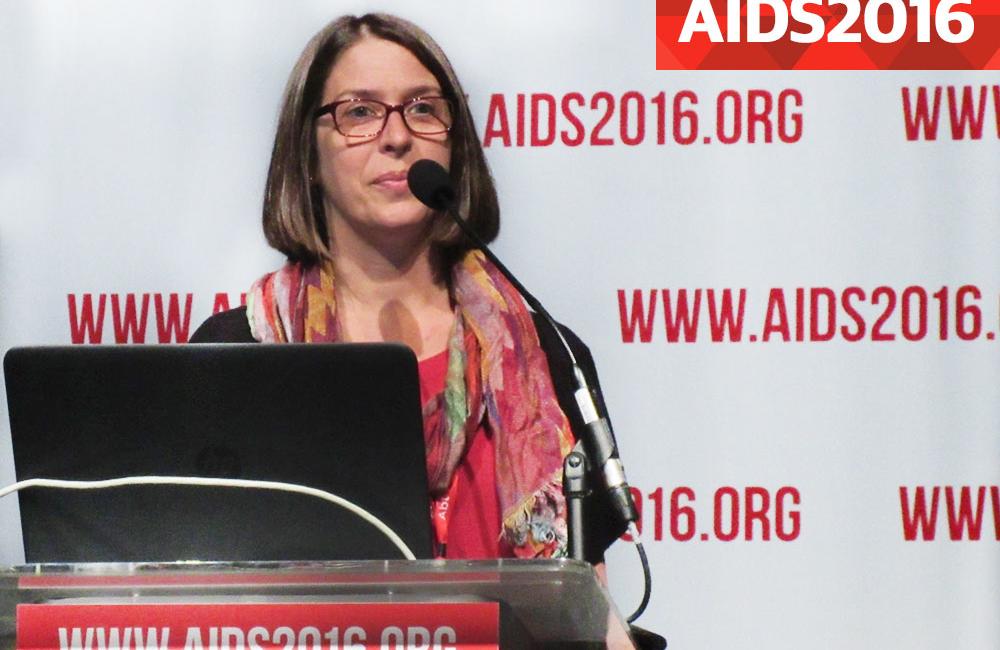 Young gay and bisexual men had good adherence to Truvada for pre-exposure prophylaxis (PrEP) during the first few months of a demonstration project with close monitoring, but adherence slipped once follow-up switched from monthly to quarterly, suggesting that young people using PrEP may require more ongoing support.

The results were presented yesterday by Sybil Hosek of Stroger Hospital in Chicago, on behalf of the Adolescent Trials Network ATN 113 study team, at the 21st International AIDS Conference (AIDS 2016) taking place this week in Durban, South Africa.

The studies were designed to provide additional safety data on Truvada (tenofovir/emtricitabine) PrEP in young gay men; to examine acceptability, patterns of use, rates of adherence and levels of drug exposure; and to look at changing patterns of sexual behaviour while on PrEP.

Participants received once-daily Truvada on an open-label basis along with a behavioural risk reduction intervention and adherence support. The first three follow-up visits were a month apart (4, 8 and 12 weeks after starting PrEP), but then went to every three months (24, 36 and 48 weeks). Levels of tenofovir diphosphate (TFV-DP) were measured in dried blood spots.

Participants were assigned male at birth (not transgender) and HIV negative at screening, but were at high risk for infection, for example due to having an HIV-positive steady partner, condomless sex with HIV-positive or unknown status partners, exchanging sex for money or drugs, or having had a sexually transmitted infection (STI). Though they were under 18, parental consent was not required to join the study.

The study team approached 2864 young men for pre-screening between August 2013 and September 2014, but around 500 refused and 2077 were found to be ineligible. Of the 260 men (9%) deemed eligible, more than half declined to participate, one was already HIV positive, 13 had kidney impairment that contraindicated Truvada use and several others were lost or withdrew for other reasons, leaving 79 enrolled participants. Within this group 32 men discontinued the study prematurely, mostly due to loss to follow-up.

The mean age of the study group was 16.5 years. Nearly a third were black, a similar proportion identified as mixed or other race/ethnicity, 21% were Hispanic/Latino, 14% were white and 3% were Asian. A majority (58%) identified as gay and 28% as bisexual. They were most successfully recruited online rather than through gay venues.

Daily Truvada was generally safe and well tolerated. No study participants discontinued PrEP due to adverse events and there were no abnormal laboratory results, including kidney function tests. There were three grade 3 adverse events (weight loss) considered related to the study drugs. Participants underwent DEXA bone density scans at 48 weeks, but these data are still being analysed and were not reported.

Over the course of the study three young men seroconverted, for an HIV incidence of 6.41 per 100 person-years (95% CI 4.9-25.8). This is among the highest rates ever seen in a PrEP programme, and twice the rate in the parallel study of men aged 18 to 22.

Adherence was initially quite good, with a majority of participants achieving protective TFV-DP levels during monthly visits, but it decreased after they switched to every thee months.

"At week 24 we started to see a pretty drastic decline in drug levels and an increase in people not taking the meds at all," Hosek said.

More than 95% of the men had detectable drug levels and more than half had highly protective levels (at least four doses per week) during the first three months, but this dropped to about 75% and 32% after they switched to quarterly follow-up.

There was no clear racial disparity in adherence, as seen in ATN 110. The most common reasons given for missing doses were being away from home (32%), being too busy (28%), forgetting (26%), or a change in routine (19%). Participants with poor adherence were more likely to say they did not like taking pills or that they were worried others would think they were HIV positive or had sex with men if they saw them taking PrEP.

STI incidence declined over the course of the study, as did sexual risk behaviour  – in contrast to the age 18 to 22 study where these remained stable. A majority of the men reported condomless sex throughout the study, with no significant associations between condomless sex and PrEP adherence.

The safety data in ATN 113 and the effectiveness of PrEP among young men who took Truvada consistently are reassuring, though adherence levels during quarterly follow-up were not what they need to be to ensure adequate protection.

These results are important because Truvada is not yet approved for PrEP for people younger than 18 years. The data will be presented to the US Food and Drug Administration to support an expanded indication.

The findings, Hosek summarised, show that adolescents have an urgent need for PrEP – as evidenced by their high rate of new HIV infections and STIs – and suggested that they may need more frequent adherence support and different engagement strategies to adults.

"Young people may need more time, and we need to give it to them," Hosek said. "If they want PrEP, we need to help them make it work."

"We're seeing people who are struggling with using condoms," she added. "PrEP won't prevent STIs, but at least it's preventing HIV. Let's not stigmatise one of the best prevention options we've had in a long time."