PrEP use exceeds 79,000 in US pharmacy survey, but some groups lagging behind 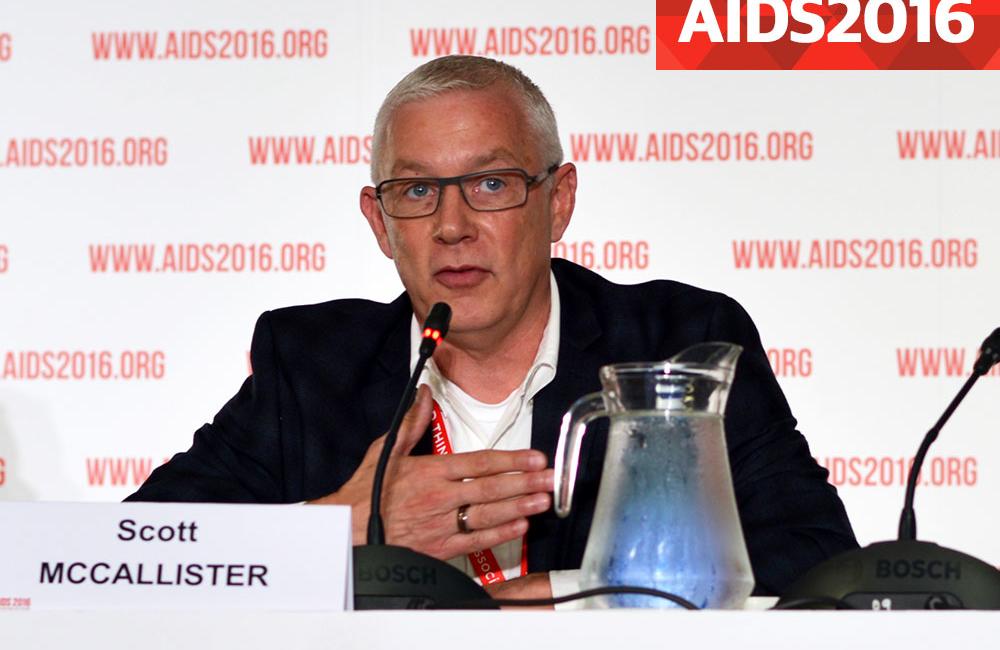 More than 79,000 people in the US have started Truvada for pre-exposure prophylaxis (PrEP) over the past four years, according to the latest results from a survey of retail pharmacies by Gilead Sciences, presented today at the 21st International AIDS Conference (AIDS 2016) in Durban. Yet while large gains in PrEP use have been seen among men in cities with large gay communities, some groups are not benefitting as much as they could.

The US Food and Drug Administration approved Truvada (tenofovir/emtricitabine) for HIV prevention in July 2012. Adoption was initially slow, but by late 2013 it began to rise steeply as gay and bisexual men began promoting PrEP within their communities. Yet it has been difficult to estimate the total number of people who have used PrEP because this information is not centrally collected.

At a conference in 2013 Gilead researchers first presented findings from a survey of just over half of US pharmacies showing that fewer than 1300 Truvada prescriptions for PrEP were written in 2012, with about half of recipients being women. An update presented the following year brought the total to approximately 3250, and at a meeting in October 2015 PrEP researcher Robert Grant said the latest survey numbers showed that PrEP prescriptions had more than doubled, to around 8500, even as the proportion of responding pharmacies had fallen.

At AIDS 2016, Scott McCallister of Gilead presented results from an analysis of de-identified patient-level prescription data from 80% of US retail pharmacies that dispensed Truvada between January 2012 and December 2015.

The researchers used an algorithm to filter out Truvada prescriptions that probably were not for PrEP, excluding people who used it for HIV treatment (indicated by a recorded HIV diagnosis, opportunistic illnesses or use of other antiretrovirals), HIV post-exposure prophylaxis (PEP) or off-label treatment of hepatitis B.

The overall mean age of people starting PrEP was 36 years, but the women were a bit younger than the men on average (33 vs 37 years, respectively). Further, while 28% of women taking PrEP were under age 25, this was only the case for 11% of the men.

A geographic breakdown showed that five states – California, New York, Texas, Florida and Illinois – accounted for just over half of all Truvada PrEP prescriptions nationwide. In addition to the large size of these states, some are home to cities with large gay populations that have promoted PrEP use within their communities and driven rapid increases, as seen in San Francisco, New York City, Chicago and Seattle. But a smaller state – Massachusetts – had the highest percentage of its residents on PrEP, at 0.073%.

Dr McCallister said that analysing data on the race/ethnicity of PrEP users was more difficult because this information is generally not included in pharmacy prescription records. He did say, however, that those for whom this data were available were disproportionately white. At the recent ASM Microbe meeting Staci Bush of Gilead reported that among the 44% of PrEP users with available data, white people made up 74%, with Hispanics (12%), African-Americans (10%) and Asians (4%) accounting for much smaller proportions.

Dr McCallister noted that this breakdown of PrEP users does not reflect the distribution of the HIV epidemic in the US. According to the Centers for Disease Control and Prevention 44% of new HIV diagnoses occur among African Americans, who make up about 12% of the US population. Young black gay and bisexual men are at especially high risk, and the highest incidence rates are mostly seen in states in the southeast.

"Despite this US trend of increasing use of [tenofovir/emtricitabine] for PrEP, barriers should be address in those at high risk of HIV acquisition," including women, people under age 25 and states with high infection rates, the researchers concluded.

Experts agree that the number of people starting Truvada for PrEP in Gilead's pharmacy survey is an underestimate of the total number of PrEP users in the US. For example, the survey does not include people who receive PrEP through the Medicaid system or private PrEP programmes such as Kaiser Permanente in San Francisco.

Dr McAllister's report said that looking at 2015 alone, a total of 2936 people were prescribed PrEP in New York City; 1094 in San Francisco; 1001 in Chicago; and 840 in Washington, DC. In contrast, a recent informal survey of large PrEP providers in San Francisco put the cumulative number at more than 6000. While these figures are not strictly comparable, they give a sense of the shortfall in the reported numbers.

Asked at an AIDS 2016 press conference about reasons for the disparities in PrEP use in different populations, Dr McCallister suggested that gay men and perhaps transgender people may have a greater comfort level using PrEP because their providers are more knowledgeable and their communities have done more peer-to-peer education. Women, on the other hand, may have fewer "touchpoints" for accessing PrEP, as reproductive health clinics and obstetricians/gynaecologists may not be as informed as sexual health clinics serving gay men, highlighting the need for broader education and awareness efforts.

[Editor's note: In response to a follow-up query, Dr McCallister said that the large jump between the approximately 49,000 people reported at the ASM Microbe meeting and in the AIDS 2016 study abstract, and the 79,000 reported this week, is due to a switch to a more comprehensive pharmacy data source, which Gilead will use going forward.]

To prevent HIV, we must invest in preventative care, including lab tests.
TheBody
24 Jul 20
Women

Before you book your next gynecology appointment, read this (doctors, you too)

While there is excitement around cabotegravir’s effectiveness, a number of barriers stand in the way for this drug to deliver on its promise to reduce HIV transmission.
Devex
8 Jul 20
Sexually transmitted infections epidemiology

Easier and Equitable Access to PrEP: How DSD Can Help Get Us There

Now is the time to reimagine how PrEP can be delivered more effectively and to those who need it. Those who need it most may not want or be able to go to a health facility where they may face stigma, stock-outs and long waiting times.
Differentiated Service Delivery
29 Jun 20
More editors' picks