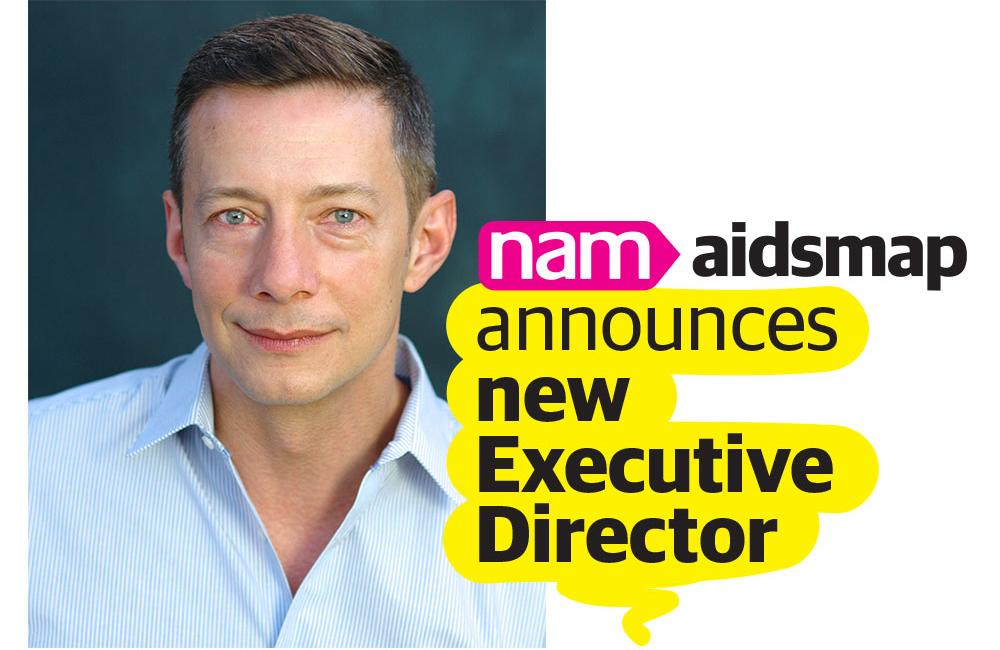 NAM is delighted to announce the appointment of Matthew Hodson as its new Executive Director.

Matthew joins a focused and strong NAM as it increases its presence as a key provider of both HIV and hepatitis information in the UK and worldwide.

Speaking about his new appointment Matthew said, “Throughout my time working in sexual health, I have been greatly indebted to NAM for their high-quality, clear and reliable information resources. I am excited by the opportunity to take on a leadership role within the organisation.

“I look forward to ensuring that NAM continues to support people living with HIV, medical and public health professionals, and organisations and communities around the world and to build upon NAM’s crucial role in challenging HIV-related stigma and discrimination through the provision of accurate and accessible information.”

Matthew brings a wealth of experience, skills, knowledge and expertise to the role. He has been actively involved in HIV prevention and LGBT equality work since 1987. He joined GMFA, the gay men’s health charity, in 1999, working for the Positive Campaigns Group and developing GMFA’s Mass Media Campaigns. In 2006 Matthew became GMFA’s Head of Programmes, with responsibility for delivery of all GMFA’s interventions, and in 2013 became GMFA’s Chief Executive. GMFA’s sexual health information resources for gay and bisexual men now reach up to 150k individuals every month.

Matthew was a founding member of the HIV think-tank ReShape, attends meetings of the National LGBT Partnership and is on the Community Advisory Board for Public Health England’s PrEP trial.

Martin Pendergast, Chair of NAM’s Board of Trustees, said, “On behalf of the entire Board I would like to congratulate Matthew on his appointment and welcome him to the NAM team. We are looking forward to him taking up his role as Executive Director and are confident that he will bring his many years of experience of working in HIV to good effect in the post.

“I would also like to take this opportunity to thank Caspar Thomson, leaving the role after 15 years, for all of his commitment, hard work and clarity of vision in forging the organisation that NAM is today. We are especially pleased that Caspar will continue to work with NAM, supporting on strategic development to ensure NAM continues to deliver its mission into the future.”

Matthew will take up his appointment on 1 September 2016.