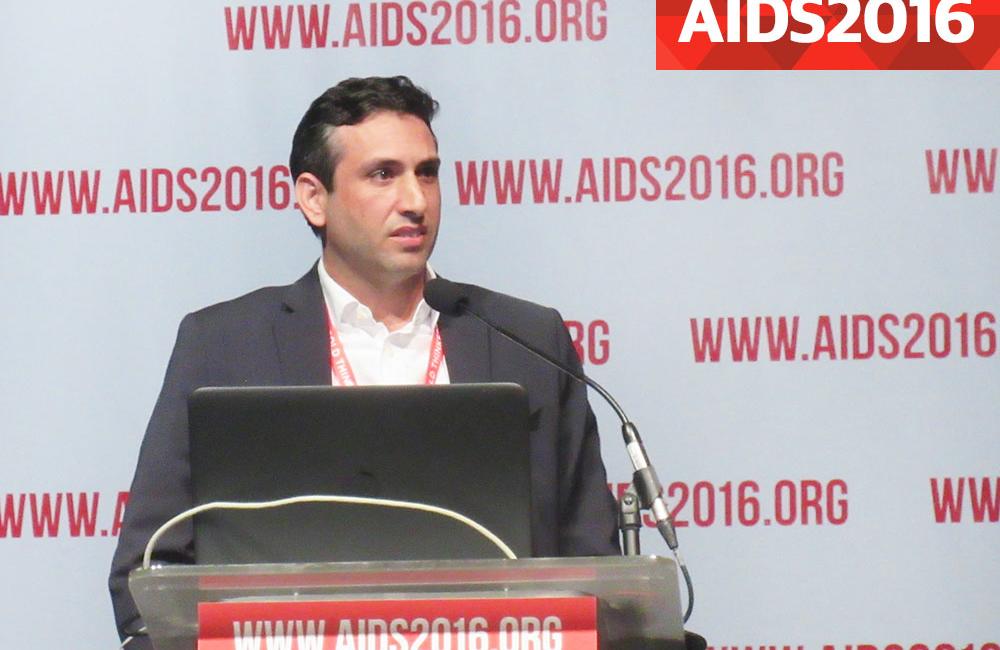 Consistent good adherence is the key to successful HIV treatment, and long-acting injectable medications could offer an attractive option for people facing a lifetime of antiretroviral therapy (ART). The drawback is that these drugs cannot be removed from the body if side-effects occur.

To ensure the basic efficacy and safety of these drugs before testing the injectable formulations in humans, the initial LATTE-1 (Long-Acting Antiretroviral Treatment Enabling) trial evaluated oral cabotegravir plus rilpivirine as a simplified two-drug maintenance regimen for people who had achieved undetectable viral load using standard three-drug ART.

In 2014 Dr Margolis presented 48-week findings showing that 82% of participants who switched to oral cabotegravir plus rilpivirine maintained viral suppression, compared to 71% of those who stayed on a three-drug regimen containing efavirenz (Sustiva). At 96 weeks the corresponding response rates were 76% and 73%, respectively. The oral combination was found to be safe and well tolerated.

These promising results laid the groundwork for testing the long-acting injectable formulations in the phase 2b proof-of-concept LATTE-2 trial.

This open-label study enrolled 309 participants previously untreated for HIV. They first started a three-drug induction regimen of 30mg oral cabotegravir plus abacavir/lamivudine (the drugs in Kivexa or Epzicom).

Of the 286 participants who achieved viral suppression during the induction period and were randomised, more than 90% were men, most were white and the median age was 35 years. At baseline the median CD4 count was 489 cells/mm3 and 18% had high viral load (> 100,000 copies/ml).

At 48 weeks after randomisation, 92% of participants who switched to the injectables given every 8 weeks and 91% of those treated every 4 weeks maintained undetectable viral load, as did 89% of those who stayed on the oral regimen.

More participants in the Q8W injectable arm experienced virological non-response compared to those in the Q4W injectable and oral arms (7%, < 1% and 2%, respectively). But more people in the latter arms had missing data, so overall response rates were similar.

Two participants in the Q8W injectable arm and one in the oral arm had protocol-defined virological failure at 48 weeks, which combined criteria for early response and viral rebound. Dr Margolis noted that by now all participants have been followed through 72 weeks with no further protocol-defined failures.

The individual with failure in the Q8W arm was thought to have received an inadequate dose of rilpivirine due to an incorrect injection and developed emergent NNRTI resistance (K103N, E138G, K238T) and integrase resistance (Q148R) mutations.

Injectable cabotegravir and rilpivirine were generally safe and well tolerated, with no drug-related serious adverse events; 2% in the Q8W arm, 6% in the Q4W arm and 2% in the oral arm discontinued due to adverse events. Other than injection site reactions, the most frequently reported adverse events were fever, fatigue, flu-like illness, headache and rash, reported by 4% or fewer participants.

Most people in the injectable arms had injection site reactions, but these were usually mild (82%) or moderate (17%), and 90% resolved within a week. The most common reaction was pain (67%), but 7% developed nodules and 6% had swelling. Nevertheless, less than 1% withdrew from the study for this reason.

Both Q8W and Q4W week injections maintained cabotegravir levels similar to those seen with oral dosing and neither was clearly better in terms of tolerability. Monthly dosing resulted in a modestly lower rate of virological non-response and was selected for phase 3 studies planned for later this year. But Dr Margolis said evaluation of both doses will continue through 96 weeks in LATTE-2 and every-other-month dosing may still be feasible.

Dr Margolis reported that most people in LATTE-2 said they were satisfied with, and would like to continue on, the long-acting injectable regimen, rating their satisfaction as 5 or 6 on a 6-point scale.

The interviews aimed to shed light on the following questions:

The patient analysis included 10 men and one woman in the US, and 15 men and one woman in Spain. About 70% were white and the mean age was approximately 37 years. Most participants in both countries were gay men. They had all taken the injectable drugs for at least 32 weeks at the time of their interviews.

Most participants reported some level of side-effects, mostly soreness and minor bruising at the injection site lasting 1 to 2 days, leading some to use over-the-counter pain relievers. But they generally agreed that the injection side-effects were worthwhile when compared to taking daily pills.

Participants said that long-acting injectables were more simple, convenient and discrete (allowing greater confidentiality) than daily pills. Some said long-acting ART reduced stigma and gave them relief from the daily reminder of living with HIV, as expressed by a male trial participant in Spain:

"It seems to me that it’s much better because you simply don’t have to worry about anything," said a male participant. "If you go on a trip, you don’t have to bring your pills or take anything at all along. You follow your 'normal life'. You come once a month. You get the shot and it’s over. You don’t have to be thinking everyday…oh, I forgot to take the pill. Or…when did I take it last…You just don’t worry about anything. In reality, taking the pill everyday keeps it [HIV] present…and the shot is just once a month…you remember it when you come in and the rest of the time you can basically forget it."

While participants said they felt comfortable coming to the clinics to receive their injections and received good care, some expressed concern about the number of visits, which could prove to be a bigger issue with monthly compared to every-8-week administration.

Providers recognised the benefits of long-acting injectable ART, but they were not as supportive as the patients and said they would consider it on a case-by-case basis. They expressed concerns about resistance and clinical management, patients not returning for follow-up care and not being able to remove the medication in case of side-effects or intolerance.

"Long-acting injectable ART was seen by participants as an acceptable and desirable option, while providers expressed some concerns," the researchers concluded.

The injectable formulations of cabotegravir and rilpivirine are also being studied for pre-exposure prophylaxis, or PrEP. These qualitative findings about convenience and simplicity may also apply to long-acting options for HIV prevention.