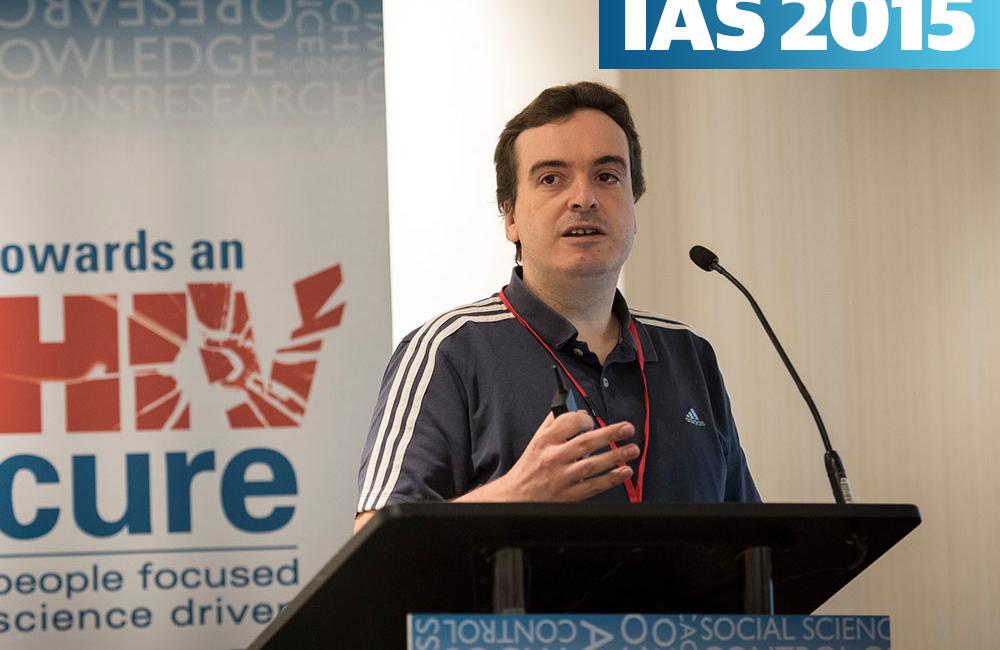 The 8th International AIDS Society Conference on HIV Pathogenesis, Treatment and Prevention (IAS 2015) heard today of a case where a young woman, who was infected with HIV at birth and received very early antiretroviral therapy as a child, has stayed off therapy since the age of six with a viral load well below the detectability limit of standard tests. Such 'post-treatment controllers' are models for the 'functional cure' which is one of the goals of treatment research.

Dr Asier Sáez-Cirión of the Institut Pasteur in Paris, who also presented the results to the HIV Cure Symposium the previous day, said that this was the first case of really prolonged remission seen in a person infected around the time of birth and who remains undetectable off therapy. (One previous case, the so-called “Mississippi Baby”, developed a detectable viral load again after a period of two years and three months off therapy) .

In 2014 the VISCONTI study found 14 adults who had taken early treatment and had then maintained undetectable viral loads (eight of them without a single ‘blip’) when they subsequently came off therapy. At that point the maximum length of time seen of prolonged virological remission was 9.5 years, so the current patient has been off therapy and undetectable at least as long as any of the VISCONTI patients.

Dr Sáez-Cirión said the current case added to the evidence that in certain cases very early treatment of HIV infection could lead to the person developing a kind of immune response that was able to control HIV in the absence of treatment.

The French ANRS (Agence Nationale de Recherche sur le SIDA), the national HIV research organisation, has a database of over 10,000 mothers with HIV and from 1989 onwards has seen the birth of 579 children who acquired HIV from their mothers. Of these, 200 started treatment early, when less than six months of age, and of these, just 15 have stopped antiretroviral therapy while their viral load was below 500 copies/ml, with an average length of time on therapy before interruption of just under three years.

The young woman was born in 1996 to a mother whose only treatment was monotherapy with the now-unused HIV drug zalcitabine (ddC) since 13 weeks of gestation. At the time of delivery the mother had a very high viral load of 4.63 million copies/ml and was severely immune-compromised with a CD4 count of only 81 cells/mm3 and a CD4/CD8 ratio of only 0.16.

Because of the mother’s high viral load, the baby was given prophylactic zidovudine (AZT) and there were no signs of infection two weeks after birth, but four weeks after birth she tested positive for HIV RNA. The AZT was stopped six weeks after birth and the baby also developed a high viral load of 2.17 million copies/ml. Because of this she started antiretroviral therapy when aged three months with a therapy regimen that would now be unconventional but which was indicated for children at the time – zidovudine, didanosine, lamivudine (AZT, ddI, 3TC) and full-dose ritonavir.

At the age of five years and eight months, the child went abroad with her mother and they were lost to follow-up. When they returned a year later the girl had an undetectable viral load despite having her treatment stopped a few months earlier. They had at least one more short-term treatment interruption during this time too.

Her integrated viral load – the amount of HIV DNA she has integrated into the genome of her immune system cells, is 2.1 to 2.5 copies per million T-cells, which is quite low but not exceptionally so. The HIV, in short, has not disappeared from her system: instead, her immune system must be controlling it in some way. This is the situation cure researchers term a ‘functional cure’.

In children CD4 percentage is used as a more reliable guide to immune function than CD4 count. This went down to below 20%, indicative of immune deficiency, between the ages of two and four but has since then risen and now stands at about 40%, which is within the normal range for an HIV-negative person.

Her immune responses are still being investigated but so far two things stand out. Firstly, her so-called haplotype – the genetic variation that predicts how susceptible one’s immune cells are to HIV infection – is a normal one and not one of the types that is linked to lower viral loads and slower progression.

The other is that her CD8 cells are particularly unresponsive to HIV, generating much lower levels of immune-messenger chemicals like interferon-gamma and IL-2 when stimulated by HIV antigens. Similarly, when her CD4 cells were stimulated with immune activators, although some are infected with HIV, very little was actually produced.

This lack of reaction to HIV antigens and gene activators is a characteristic seen in other post-treatment controllers and is the opposite reaction to that seen in so-called elite controllers, who maintain an undetectable viral load post-infection without ever having had treatment.

Elite controllers tend to have haplotypes associated with low viral loads and slow progression, but combine them with CD8 cells that are particularly alert to HIV and efficient at destroying HIV-infected cells. Their HIV, when it is produced, is therefore wiped out by efficient immune surveillance. This has its drawbacks: over time, elite controllers have high rates of cardiovascular disease and other conditions characteristic of inflammatory states.

Post-treatment controllers, on the other hand, tend to have haplotypes that are associated with high viral loads and fast disease progression, and tend to have had primary HIV infection characterised by high viral loads. Post-treatment, however, their immune response is characterised by a lack of CD8+ cell responses to HIV. This implies a lack of activated T-cells – which means a lack of cells producing HIV.

This challenges standard models of how to control HIV but does provide possible insights into approaches to a cure that aims to dampen down anti-HIV activity and therefore stop re-activation of the ‘reservoir’ of HIV-infected cells. But exactly what combination of events prompts people into becoming post-treatment controllers remains a mystery.

San Diego’s Last Gift study hopes to expand to other cities to advance research on exactly how HIV lives in the body.
TheBody
30 Apr 21
The search for a cure

Exciting new discoveries toward a functional HIV cure are emerging. But we’ll only get there if people with HIV join studies.
TheBody
7 Apr 21
More editors' picks