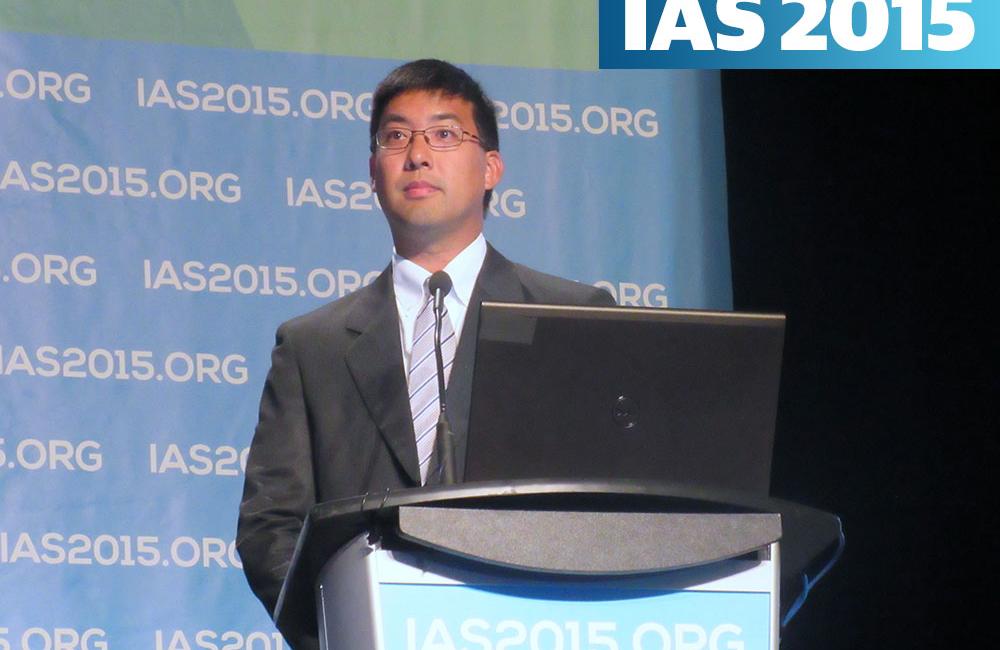 The next-generation HIV maturation inhibitor BMS-955176 was well-tolerated and suppressed HIV viral load as well as standard antiretroviral therapy when used in a combination with atazanavir (Reyataz) in a 28-day study, according to late-breaking results from a small study presented yesterday at the Eighth International AIDS Society Conference (IAS 2015) in Vancouver, Canada.

Combination antiretroviral therapy consists of agents that target different steps of the HIV lifecycle, but none of the currently approved drugs inhibit viral assembly, maturation and release from host cells. If larger studies confirm its safety and efficacy, BMS-955176 could be the first drug in a new class of antiretrovirals that may offer an important treatment option for people with HIV who have developed extensive resistance to existing drug classes.

HIV uses an infected cell's machinery to produce complex polyproteins that are then cut up by protease enzymes and assembled into new virus particles. The final steps include forming a capsid around new viral genetic material and 'budding' out through the cell's membrane, resulting in a mature infectious virion. Maturation inhibitors like BMS-955176 interfere with protease cleavage between the viral p24 capsid protein and a smaller peptide in the Gag polyprotein, leading to the release of immature virus that cannot infect other cells.

An older maturation inhibitor candidate, bevirimat (PA-457), initially showed promising antiviral activity but it was hampered by formulation problems. Worse, more than half of study participants had reduced susceptibility to bevirimat due to naturally occurring HIV Gag variations.

In early studies the newer maturation inhibitor BMS-955176 showed activity against HIV that was not susceptible to bevirimat, as well as virus with resistance to nucleoside/nucleotide reverse transcriptase inhibitors (NRTIs), NNRTIs, protease inhibitors and integrase inhibitors.

BMS-955176 has a long half-life in the body, allowing for once-daily dosing, and no significant safety issues have been identified so far. In a proof-of-concept study presented at this year's Conference on Retroviruses and Opportunistic Infections, BMS-955176 reduced HIV RNA by about 1.6 log10 when used as monotherapy for 10 days.

Carey Hwang of the Bristol-Myers Squibb's HIV Global Development Team and colleagues conducted a phase 2a study to evaluate BMS-955176 used in conjunction with atazanavir for 28 days.

Due to the proximity of their sites of inhibition in the viral lifecycle, the two drugs may have synergistic activity, the researchers noted as background. This combination could potentially offer a NRTI-sparing regimen for people who cannot tolerate or are resistant to NRTIs.

Study AI468002 enrolled 28 adults with HIV subtype B. Participants could be either treatment-naive or previously treated with drugs other than HIV protease inhibitors or maturation inhibitor candidates. All were men and most were white. At baseline the median CD4 T-cell count was approximately 500 cells/mm3 and the median viral load was about 4.2 log10.

Study participants were randomly assigned to receive once-daily oral BMS-955176 at doses of either 40mg or 80mg plus either 300mg atazanavir boosted with 100mg ritonavir, or 400mg unboosted atazanvir. A control group received standard therapy using tenofovir/emtricitabine (the drugs in Truvada) plus boosted atazanavir. Treatment continued for 28 days, with follow-up through day 42.

Viral load rapidly declined in all treatment arms. Median declines in HIV RNA the day after the last dose ranged from -1.66 to -2.18 log10 in the three BMS-955176 arms, comparable to the -2.22 log10 drop in the standard therapy arm.

Short-term treatment with BMS-955176 was generally safe and well-tolerated, with no serious adverse events or study discontinuations due to adverse events. One person in the 80mg arm developed transient neutropenia (low white blood cells).

Bristol-Myers Squibb announced in a press release that two phase 2b studies of BMS-955176 have started this year: a traditional dose-finding study for treatment-naive people and a study evaluating a NRTI- and booster-sparing regimen for treatment-experienced patients.

Ultra-long-acting plasma pharmacokinetics and biodistribution to tissues of interest demonstrated in rodents and non-human primates.
GlobeNewswire (press release)
13 Jun 22
The search for a cure