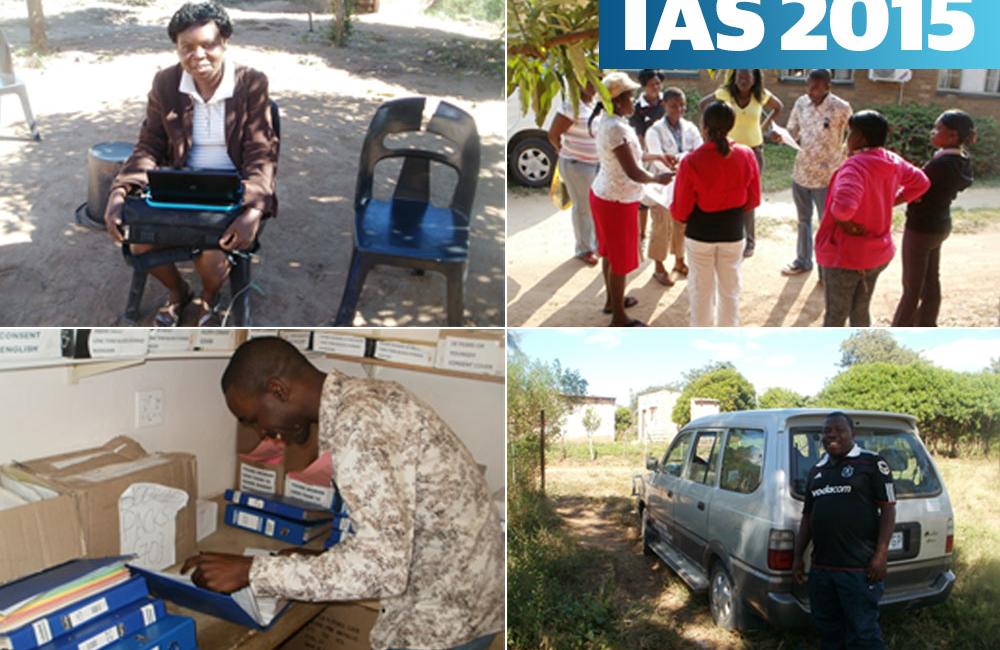 A conditional cash transfer to the households of adolescent girls to promote school attendance did not reduce HIV incidence in a randomised study in rural South Africa, Audrey Pettifor of the University of North Carolina reported on Tuesday at the Eighth International AIDS Society Conference on HIV Pathogenesis, Treatment and Prevention (IAS 2015) in Vancouver, Canada.

Although receipt of the cash transfer was not associated with reduced HIV incidence, it was associated with a lower rate of unprotected sexual intercourse compared to a control group.

“These data are arguments for expanding national social protection and safety nets, but we need to look more carefully at the targeting of cash transfers.” David Wilson, World Bank HIV programme

The study also found that dropping out of school, or poor school attendance, was associated with a significantly higher rate of HIV incidence in young women. The finding confirms observations in several African countries which show that education has a protective effect against HIV infection both during the school years and afterwards for young women.

A second study, CAPRISA 007, showed that a conditional cash transfer to young women and men tied to HIV testing, participation in life skills training and academic attainment reduced the incidence of HSV-2 (herpes simplex virus-2) by 30% but did not have an impact on HIV incidence.

Why does schooling matter for HIV prevention?

A recently published analysis of the effects of extending compulsory secondary education in Botswana found that each additional year of schooling after Year Nine was associated with an 8% reduction in the risk of HIV infection. Similar trends have been detected in South Africa, Uganda and Zambia.

Quite apart from the general economic and social benefits of education for young women, education has been associated with a range of outcomes that could reduce the risk of HIV infection. Better-educated young women are more likely to delay sexual debut, to use condoms more frequently, to delay marriage and childbearing and to have better earning potential, according to studies in a range of countries in southern and eastern Africa.

South African researcher Matthew Jukes has argued that education protects against HIV by increasing understanding of messages about HIV and improving the ability of young people – especially girls – to act on those messages.

However, economic status probably contributes to the effect too – in complex ways. A study in Malawi found that providing cash transfers to the households of young women reduced HIV prevalence by 60% – but making the payments conditional on school attendance made no difference to the reduction in HIV infection observed. The researchers found that girls receiving payments had sex with partners closer to their own age, and were less likely to have exchanged sex for money. The additional income may have made the girls less dependent on using sex as a way to get essential resources.

Remaining in school is a financial challenge for many young women and their families. Costs of uniforms, books and transport may be difficult to meet, and household pressure to earn money may cause young people to drop out of school. Young women are more likely than young men to drop out of school to take on family caring responsibilities. Cash transfers to young women’s households have been proposed as a means of improving school attendance and educational outcomes, hopefully leading to a reduction in HIV incidence.

School attendance in itself may also be protective against HIV because it places young women within a peer group of similarly-aged young men – and reduces opportunities for meeting older men. Although there is conflicting evidence regarding the effects of older partner choice on a young woman’s risk of HIV acquisition, it is consistently the case that school-age males in southern Africa have much lower HIV prevalence than older males – and much lower HIV prevalence than young women of the same age.

Interventions which can reduce the very high incidence of HIV in young women in southern Africa are urgently needed, and cash transfers are one means by which the protective effect of education might be promoted.

HPTN 068 was designed to evaluate the effect of conditional cash transfers on HIV incidence in young women. The study enrolled 2533 young women aged 13-20, along with a parent or guardian, in schools in the Agincourt district of Mpumalanga Province, in north-eastern South Africa, a poor rural area with extremely high HIV prevalence. Participants were randomised to receive either a monthly cash transfer of R100 for the young woman and R200 for the household conditional on 80% school attendance each month, or to a control group, and were followed for up to three years.

Study participants were assessed by means of an annual audio-computer self-interview to determine sexual behaviour, partner details including age, schooling and mental health, and were tested for HSV-2 and for HIV antibodies and HIV RNA (to detect recent infections prior to antibody seroconversion).

The median age of study participants was 15 years. Twenty-seven per cent reported ever having had sexual intercourse and 9% reported at least one pregnancy. Of those enrolled, 3.2% were HIV-positive at baseline and were excluded from the efficacy analysis.

The study took place in one of the poorest regions of South Africa, in which 34% of study participants were food insecure, 79% lived in households receiving the child support grant and 29% were either double or single orphaned.

After three years of follow up, the study found no difference in HIV incidence between the two study arms. Overall incidence was low, at 1.8%, and there was no difference in school attendance or drop out between the study arms, with attendance above 95% in both arms. The high level of school attendance may be explained by the lack of school fees and the existence of school feeding programmes in local schools, Audrey Pettifor suggested.

However, the study did find that regardless of study arm, school attendance protected against HIV infection. Young women who dropped out of school and those with attendance below 80% were three times more likely to acquire HIV than those who stayed in school, or who had attendance of at least 80% during the study.

The conditions attached to a cash transfer, and the way in which it is supported by other school-based interventions, may affect the efficacy of the intervention. Some studies of economic incentives have made receipt of the cash incentive conditional on remaining free of sexually transmitted infections, rather than making a straightforward cash transfer.

A second school-based study from South Africa presented at IAS 2015 reported on the efficacy of a school-based educational intervention and cash incentives for achieving behavioural and educational outcomes. The CAPRISA 007 study recruited both young women and young men in Years Nine and Ten in 14 schools in the Vulindlela district of KwaZulu-Natal province. Schools were matched in pairs and randomised to receive either an educational intervention (My Life! My Future!) alone, or to receive the educational intervention and to receive cash incentives of up to R1750 over two years for fulfilling any combination of four conditions; annual HIV testing, pass performance in 6-monthly school tests, 80% quarterly participation in the My Life! My Future! life skills and HIV educational programme, and a written report on their community involvement project.

Cash incentives had a greater impact on HIV testing and participation in the life skills course, but little impact on school attendance.

The study was unable to detect any difference between arms in HIV incidence owing to lower-than-expected HIV incidence (1.6 infections per 100 person years of follow-up). Dr Qurraisha Abdool Karim of CAPRISA said that at this level of HIV incidence, the study would have needed to be three to five times larger to detect any effect of the study intervention on HIV incidence. It’s unclear why incidence was so low, although Dr Karim speculated that a combination of treatment availability in the district, a microbicides trial and medical male circumcision may all have contributed to lowering incidence.

HSV-2 incidence was reduced by approximately 30% in the intervention arm (RR 0.70, 95% confidence interval 0.57-0.86, p = 0.007). The incidence reduction was more pronounced in boys (40%) than in girls (24%) and those who received more than R950 in incentives during the study showed a 71% lower incidence of HSV-2 compared to the control group. Dr Karim cautioned against reading too much into this apparent dose response (the median incentive received during the study was R600).

Dr Karim noted that apart from the issue of sample size, interventions to explore the impact of education need to take into account other factors such as the quality of education and the amount of investment in school facilities and text books when trying to enhance the protective effect of education.

“All these data are arguments for expanding national social protection and safety nets,” concluded David Wilson of the World Bank’s HIV programme, “but we need to look more carefully at the targeting of cash transfers.”

Audrey Pettifor suggested that intervention designers need to think about what they are trying to achieve with a cash transfer when they attach conditions to the transfer. Whereas offering conditional cash for HIV testing may be effective because it is conditional on performing a single time-limited action, conditionality may be less successful in achieving consistent change over time.