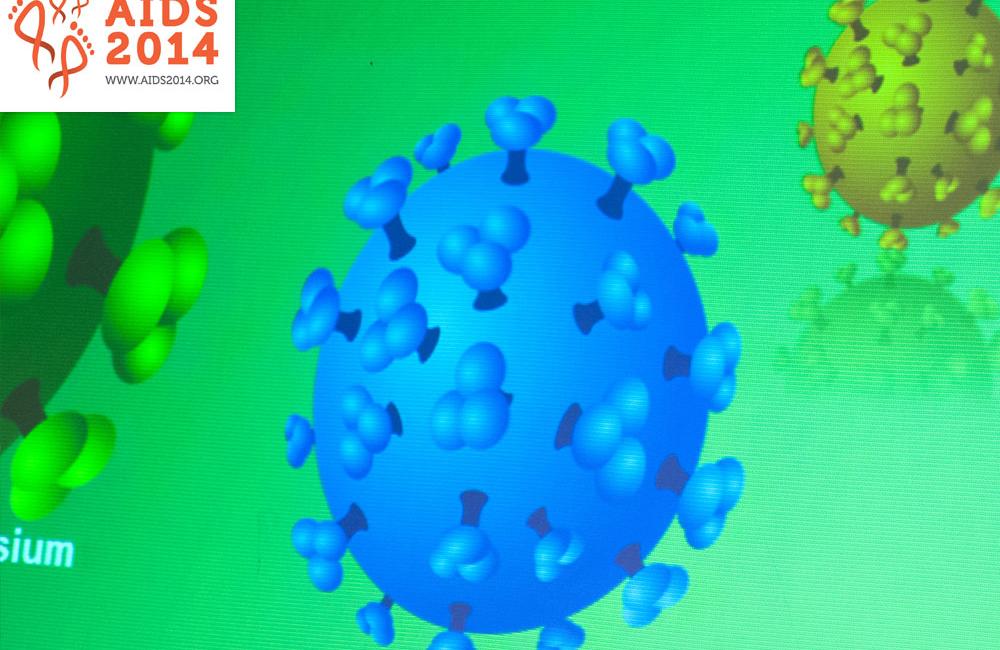 Two presentations at the 20th International AIDS Conference (AIDS 2014) in Melbourne described new pathways being explored in the search for either a permanent cure for HIV or for longer-acting drugs.

In one, two artificial genes that cause cells to generate antiviral entry inhibitors produced significant inhibition of cellular infection.

In another, a technique that is the exact opposite of the much-explored ‘kick and kill’ strategy (which uses drugs to activate cells latently infected with HIV) used an artificial gene fragment to maintain latently infected cells in a locked-down state that resisted strong immune stimulation.

Scott Ledger and his team from the University of New South Wales used artificial virus-like particles based on the structure of Cytomegalovirus to infect cells with two artificial genes with different anti-HIV properties.

An experimental strategy to cure HIV infection that is currently under investigation. Finding a cure for HIV is challenging because the virus can remain hidden and inactive (latent) inside certain cells of the immune system (such as CD4 cells) for months or even years. While HIV is in this latent state, the immune system cannot recognise the virus, and antiretroviral therapy has no effect on it. The shock and kill strategy is a two-step process. First, drugs called latency-reversing agents are used to reactivate latent HIV hiding in immune cells (the ‘shock’). The reactivated cells can then be targeted and killed by the body's immune system or anti-HIV drugs.

One of the artificial genes, C46, makes a protein fragment that anchors itself to the cell wall and acts as a fusion inhibitor, similar in action to enfuvirtide (T-20, Fuzeon). This would not have to be dosed regularly because it would be delivered as a protective gene.

The second gene is a fragment of RN (genetic messenger material) that interferes with the generation of CCR5, the co-receptor that most varieties of HIV need to attach to in order to establish new infections.

In test-tube experiments, 60% of a group of T-cells had incorporated the new genes within three weeks, and cells containing the new genes were able to considerably inhibit HIV replication in a cell culture – there was a four- to sixfold reduction in viral replication, which although not strong compared with the action of antiretroviral drugs, is proof of concept of these two long-lasting gene therapies.

A second application of gene therapy is interesting, because it takes an opposite approach towards a possible HIV cure than one also currently being tried.

The fundamental problem with HIV infection is the incorporation from very early on of HIV genetic material into the genome of quiescent immune cells. These may at any time ‘reawaken’ and start producing a new wave of HIV infection – as recently seen in the “Mississippi baby” case.

The most intensively investigated strategy has been the one dubbed ‘kick and kill’, whereby researchers use cell-stimulating drugs such as the so-called HDAC inhibitors to induce latently infected cells to starts proliferating and producing new HIV. The idea behind this is that the cells can then either self-destruct, reducing the size of the hidden viral reservoir, or be targeted by other drugs that kill them selectively.

The risk of the 'kick and kill' approach is that it might just seed a new wave of HIV infection, and immune-stimulant drugs can be toxic.

An alternative approach would be to prevent cells from the latent reservoir from ever ‘waking up’ and producing new virus. This also has potential toxicity implications, however, as the effect would need to be extremely specific and work on HIV-infected cells alone in order not to produce harmful immune suppression.

Researchers form the Kirby Institute, also part of the University of New South Wales, infected cells with an artificial RNA molecule that acted as a strong inhibitor of a ubiquitous protein, NF-kappaB, that acts as a stimulator of immune gene function. The molecule, shPromA, was designed to inhibit solely a domain of NK-kappaB that only stimulates HIV genes rather than native human cell-stimulating genes.

Cells infected with shPromA resisted being ‘woken up’ from latency even in the presence of substances that would normally do this, such as the cytokines TNF-alpha and GM-CSF and the HDAC inhibitor trichostatin-A. They established that it did this precisely by keeping the cell chromosomes (genetic material) in a ‘closed’, non-responsive state – exactly the state that HDAC inhibitors are designed to disrupt.

These techniques are a long way from clinical trials yet, but bear witness to the fact that many different pathways towards a possible cure are being explored by researchers.