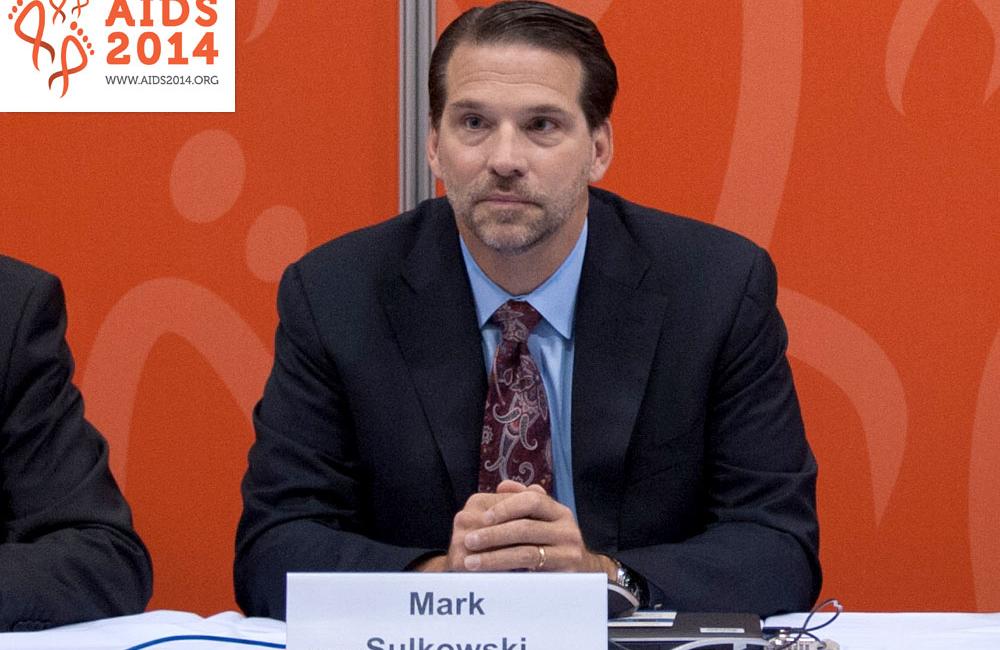 An oral regimen of three direct-acting antivirals plus ribavirin taken for 12 weeks demonstrated a sustained virological response rate of 94% for people with both HIV and genotype 1 hepatitis C co-infection in the TURQUOISE-I study, delegates heard on Monday at the 20th International AIDS Conference (AIDS 2014) in Melbourne, Australia.

Mark Sulkowski from Johns Hopkins University School of Medicine and colleagues conducted the phase 3 TURQUOISE-I trial to evaluate the safety and efficacy of AbbVie's 3D direct-acting antiviral regimen for people with HIV and HCV co-infection.

The 3D regimen consists of the HCV protease inhibitor ABT-450, a 100mg boosting dose of ritonavir and the NS5A inhibitor ombitasvir (formerly ABT-267) in a once-daily fixed-dose co-formulation, taken with the twice-daily non-nucleoside HCV polymerase inhibitor dasabuvir (ABT-333) and 1000-1200 mg/day weight-based ribavirin.

Prior to testing in people with co-infection, extensive drug-drug interaction studies in healthy volunteers showed that the AbbVie drugs have no clinically meaningful interactions with tenofovir or emtricitabine (the drugs in Truvada), atazanavir (Reyataz) or raltegravir (Isentress). The ritonavir in the ABT-450 co-formulation also acts as a booster for atazanavir.

TURQUOISE-I will be conducted in two parts. Part 1 included 63 people with HIV and genotype 1 HCV co-infection. More than 90% were men, a majority were white and the mean age was 51 years. The study enrolled both previously untreated people (about 67%) and prior relapsers (6%), partial responders (11%) and null responders (16%). About 90% had harder-to-treat HCV subtype 1a, about 25% had the favourable IL28B CC gene variant, and 19% had liver cirrhosis at baseline. They had undetectable HIV viral load on a stable antiretroviral regimen containing either atazanavir or raltegravir (45% and 55%, respectively), and the mean CD4 cell count was approximately 630 cells/mm3.

Participants in this open-label study were randomly assigned to take the 3D regimen plus ribavirin for either 12 or 24 weeks. The primary endpoint was sustained virological response, or undetectable HCV RNA at 12 weeks after completing treatment (SVR12). All participants in the 12-week arm and about two-thirds in the 24-week arm had reached this endpoint.

Two participants experienced virological failure – one relapse and one viral breakthrough while on treatment. Sulkowski noted that both were prior null responders with cirrhosis who had HCV subtype 1a and the least favourable IL28B TT gene variant. Both had resistance-associated viral variants at the time of treatment failure that were not present at baseline.

The 3D regimen plus ribavirin was generally safe and well-tolerated. None of the participants experienced serious adverse events or discontinued treatment early for this reason. The most common side-effects were fatigue (58% in the 12-week arm and 38% in the 24-week arm), insomnia (16% and 22%, respectively), nausea (16% and 19%) and headache (19% and 13%). Most adverse events were mild or moderate.

Five people experienced episodes of low-level HIV viral load during treatment, but all regained undetectable HIV RNA while remaining on the same antiretroviral regimen. There were no notable changes in CD4 count.

The researchers concluded that the 3D regimen plus ribavirin was effective and well-tolerated, and that these results are "highly consistent" with those previously observed in people with HCV mono-infection taking the same combination.

Part 2 of the TURQUOISE-I trial – which will test the 3D regimen plus ribavirin in people with HIV and HCV co-infection taking the ritonavir-boosted HIV protease inhibitor darunavir (Prezista) – will start later this year.

In response to a question, Sulkowski agreed that people with easier-to-treat HCV subtype 1b probably do not need to include ribavirin with the 3D regimen and most people probably need only 12 weeks of treatment. The biggest concern, he said, is the group of hard-to-treat prior non-responders with subtype 1a and cirrhosis. Among the six people like this in the trial, four achieved SVR12 and two experienced treatment failure.