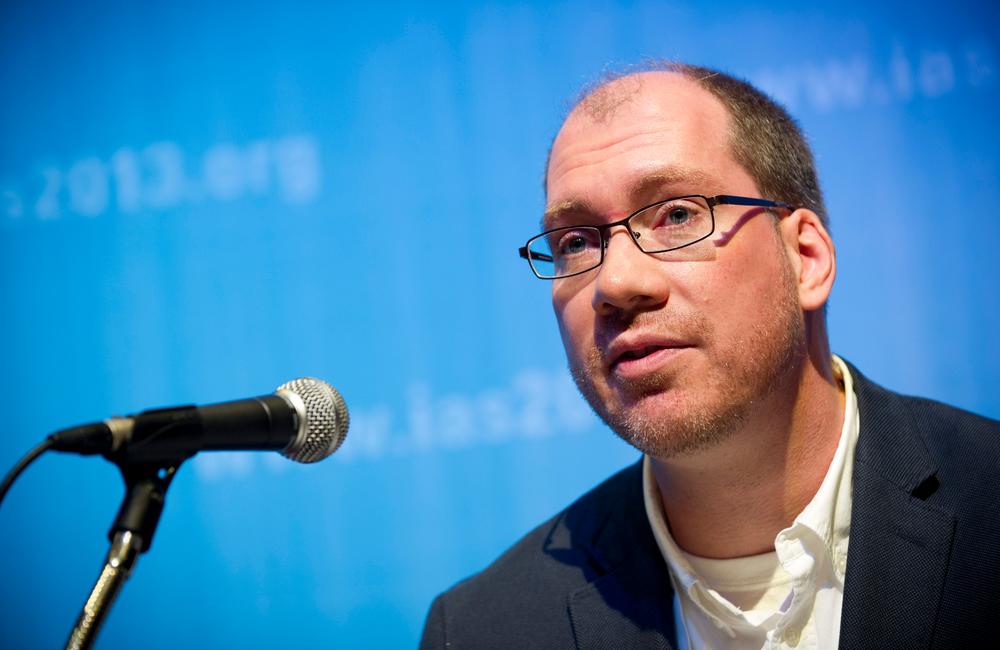 Two people with HIV who received stem cell transplants for the treatment of lymphoma are now controlling HIV replication without medication in the early weeks of treatment interruption, following the discovery that both had experienced loss of detectable HIV DNA, researchers from Boston reported on Wednesday at the 7th International AIDS Society Conference on HIV Pathogenesis, Treatment and Prevention in Kuala Lumpur, Malaysia.

Although the treatment patterns of the two patients bear some similarities to the 'Berlin patient' – who experienced a 'functional cure' of HIV infection after aggressive chemotherapy, immunosuppressive treatment and a bone marrow transplant from a donor with genetic resistance to HIV – the 'Boston patients' also differ in several respects, which could provide important clues about how remission from active HIV infection could be achieved in other people with longstanding HIV infection.

"This is not a practical strategy that we can do for most people with HIV. Stem cell transplantation is dangerous." Dr Timothy Henrich

The findings were reported by Timothy Henrich of Brigham and Women’s Hospital, Boston, who has led the team conducting extensive tests on the patients. They concern a small group of people with HIV who were evaluated after hematopoietic stem cell transplants for lymphoma at hospitals in Boston (transfer of stem cells that will replace all blood cells, derived the from genetically matched donors). Three patients were originally evaluated but one died of recurrent Hodgkin's lymphoma six months after the transplant.

Both the surviving patients had been receiving prolonged antiretroviral therapy and received stem cell transplants with a reduced-intensity conditioning regimen of chemotherapy designed to eradicate the cancer and eliminate the existing bone marrow. In the case of the two patients under investigation, the conditioning regimen did not include radiotherapy and it did not eliminate the residual lymphocyte population. In contrast, the 'Berlin patient' received a much more aggressive regimen which eliminated existing bone marrow cells.

The transplants also differed from the 'Berlin patient' because they did not come from donors with genetic resistance to HIV infection (a CCR5 delta 32 mutation), so the cells were susceptible to HIV infection.

Measurements of HIV DNA showed that, around 200 days after transplant, HIV DNA levels had declined below 50 log copies per million PBMCs  (peripheral blood mononuclear cells, part of the immune system) in one patient, while HIV DNA fell below this level around 280 days after transplant in the other patient. In both cases, HIV DNA levels have continued to decline after this point. After transplantation, the two patients have been followed for 21 (patient A) and 42 months (patient B), respectively.

After establishing that HIV DNA could not be detected, the researchers conducted extensive discussions with the patients and healthcare providers over a six-month period about the acceptability of an experimental treatment interruption in order to test viral control off medication.

Both patients consented after review of the study protocol by an internal review board. The patients are now being intensively monitored with weekly viral load (RNA) tests and bi-weekly testing of HIV DNA in PBMCs and, after six to eight weeks, the patients gave large volumes of blood for more sensitive analysis of HIV DNA. Leukapheresis will be repeated every three months.

To date, Patient A has been off treatment for seven weeks and Patient B for 15 weeks. Neither patient has yet shown any evidence of viral replication by RNA testing or any evidence of HIV DNA in PBMCs. Week-six testing of larger blood samples from Patient B has similarly failed to detect HIV.

Neither transplant recipient showed any evidence of HIV-specific immune responses.

Timothy Henrich told reporters that the research group believes the substantial reduction in the viral reservoir to be a consequence of a post-transplant graft-versus-host reaction.

“This graft-versus-host effect clears out the residual host cells,” he said. “For six to nine months after the reduced intensity conditioning transplant, we see a mingling of the donor and host cells, and what happens over time is that the donor cells clear out the host cells. The peripheral blood lymphocytes that it clears out are a major reservoir for HIV. What we think is happening is that there is a non-specific clearing by the donor cells which recognise the host cells as being just a little bit different.”

Testing carried out around 200 days after the transplant showed that in both patients host cells had been almost entirely replaced by donor-derived PBMCs; only 0.00041-0.00081% of PBMCs were still host-derived in one patient, and the distribution was almost identical in the other patient.

Donor cells seem to be protected “by the fact that we kept them on antiretroviral therapy during and after transplantation while the residual reservoir was decaying and the new donor cells were taking over”, said Dr Henrich.

The researchers are careful not to describe their findings as a functional cure. Professor Dan Kuritzkes of Brigham and Women’s Hospital and Harvard Medical School, also a member of the research group, commented that previous studies of structured treatment interruption showed that the majority of patients had experienced viral rebound within two to four weeks, virtually everyone was viremic by week eight, and most reached a plateau in viral rebound by weeks 12 to 16. “In each study one or two patients tend to lag behind the others, so that’s why we’re being careful,” he said.

Researchers do not rule out the re-emergence of virus replication after a year, which is why intensive sampling will continue for the foreseeable future.

Henrich dismissed any suggestion that a future approach to either a functional or sterilising cure might involve stem cell transplants.

“This is not a practical strategy that we can do for most people with HIV. Stem cell transplantation is dangerous. There can be up to 20% mortality associated with stem cell transfer in the first year after transplantation,” Dr Henrich told reporters.

The chief value of the study will be in what it tells researchers about the reductions in HIV DNA that might need to be achieved in order to control HIV off treatment, Timothy Henrich concluded.

“How low do we need to go – what level of reduction of the reservoir do you need in order to achieve a lasting impact? We hope our study will shed light on this important question.”