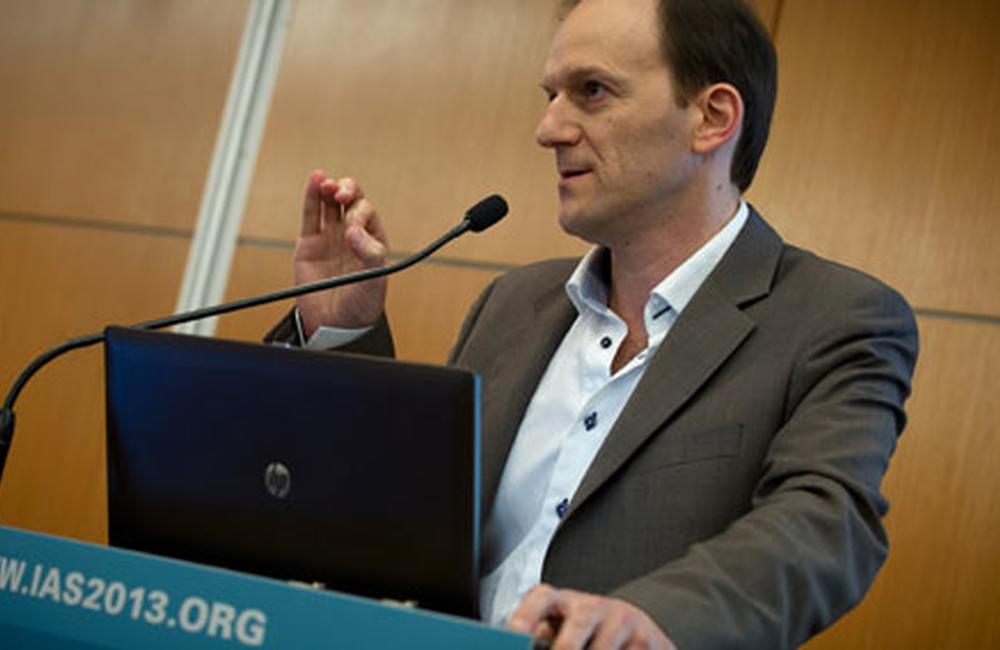 People with HIV who start treatment with CD4 counts above 500, after the first phase of primary infection is over, are much more likely to experience substantial reductions in the reservoir of HIV-infected cells in their bodies, making them strong candidates for future research studies that seek to control HIV without medication, French researchers reported today at the 7th International AIDS Society Conference on HIV Pathogenesis, Treatment and Prevention (IAS 2013) in Kuala Lumpur, Malaysia.

“If [these results] are reproduced, we should treat patients with CD4 counts over 500.” Laurent Hocqueloux

The level of HIV DNA in immune cells in the blood in people living with HIV is the key measure of the amount of viral DNA integrated into cells, ready to fire a new burst of viral replication if antiretroviral therapy is stopped. Reducing the size of this reservoir is believed by scientists to be an essential first step in controlling HIV without medication.

The study, conducted by Dr Laurent Houcqueloux of Orléans Hospital in France, assessed measures of HIV DNA and the normalisation of the CD4 cell count and the CD4/CD8 ratio in people who started HIV treatment after primary infection. The study aimed to determine whether there was any difference in the likelihood of normalisation of immune function and reduction of HIV DNA levels in circulating PBMCs (peripheral blood mononuclear cells) according to CD4 cell count prior to the initiation of treatment – the 'nadir' (lowest ever) CD4 cell count.

Although it is well established that people who start HIV treatment with a CD4 count above 500 stand a better chance of achieving a CD4 cell count in the normal range (defined as 900-1000 cells/mm3 for the purposes of this study), studies of people treated in chronic infection have not found evidence of a substantial reduction in HIV DNA (the reservoir of HIV within cells) over time.

These studies have not looked in detail at the likelihood of reducing HIV DNA levels during antiretroviral treatment according to the CD4 count at the time of treatment initiation, and certainly not in a large cohort of patients.

The Orléans study recruited 309 people taking antiretroviral therapy with fully suppressed viral load below 50 copies/ml, between 2005 and 2009, and followed patients for a median of 3.7 years (a total of 1407 patient-years of follow-up). The study collected 1500 measurements of HIV DNA, and it was measured at least once a year for all patients, but it was only possible to measure HIV DNA levels before treatment in 25% of participants.

Of the 309 participants in the study, 30 had a baseline CD4 count above 500, 155 had CD4 counts in the range 200-499 and 124 had CD4 counts below 200. Participants with CD4 cell counts below 200 were significantly more likely to have experienced AIDS-related illnesses and to have a higher viral load at the time of treatment initiation (5.3 log versus 4.6 log copies/ml in those with baseline CD4 cell counts above 500). There was no difference in the type of regimen received; around 44-47% in each arm received protease inhibitor-based antiretroviral treatment.

The primary outcome of the study was a comparison of the proportion of participants who achieved all of the following during treatment:

The evaluation of patient responses was stratified according to CD4 cell count at the time of treatment initiation: > 500, 499-200, and below 200.

Somewhat surprisingly the researchers also found that having a higher baseline CD4 cell count (>500 cells/mm3) before starting treatment was only modestly predictive of a lower HIV DNA level before starting treatment, even though it was highly predictive of achieving a lower HIV DNA level at the final study visit (p = 0.006). Indeed there was no difference in the median decrease in HIV DNA after one year of treatment among those with baseline HIV DNA levels when compared by baseline CD4 count (above or below 500 cells) (p = 0.8). This finding would suggest that, as in the case of adolescents treated since early childhood, a longer duration of treatment may have a beneficial effect in reducing HIV DNA levels.

Professor Rob Murphy of Northwestern University, Chicago, session chair, commented that “the data are pretty powerful” in favour of earlier treatment. Dr Houcqueloux urged other physicians with large cohorts of patients to verify these results because, “if they are reproduced, we should treat patients with CD4 counts over 500,” he said.

View details of the conference session, Reach for the Top: Can We Perfect Current ART?, in which these abstracts were presented, including some presentation slides, on the IAS conference website.