Male circumcision: the message is catching on, but scale-up poses monitoring and follow-up problems 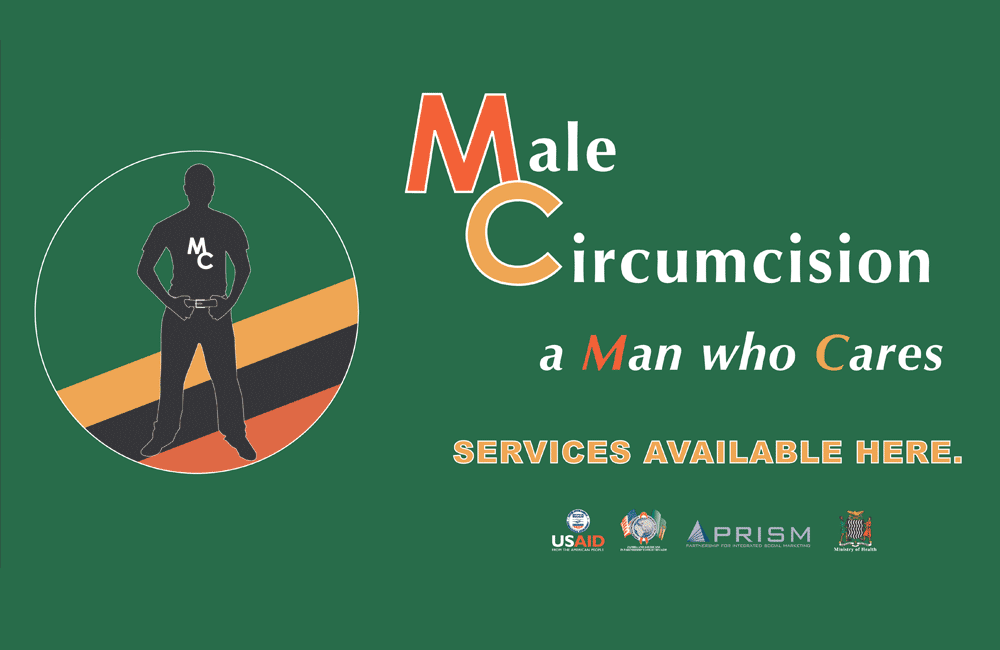 Two presentations from Zambia found that one-in-five previously uncircumcised men aged 15 to 49 have undergone the operation in the last two years, and community norms about being circumcised are changing significantly.

Other studies explored some of the difficulties encountered in the push to scale up circumcision. A study from South Africa found that in the race to scale up, while VMMC is still being performed safely, the reporting of adverse events has deteriorated markedly.

A study from Nyanza province in Kenya found a very high rate of loss to follow-up; when men were proactively followed up, they had a somewhat greater proportion of adverse events than men who attended a follow-up appointment.

Achieving economies of scale without sacrificing safety will be key to the expansion of programmes, and the conference also heard about the Shang Ring, one of several different devices (another being PREPEX) which are being promoted. The Shang ring is popular among men coming for circumcision, cuts the time taken to do the operation by two-thirds and avoids the need for sutures, but the time taken to heal seems slightly longer, the conference heard.

Zambia: one-in-five men got circumcised in the last two years

A representative sample of 2334 men was recruited from every part of the country and surveyed on three separate occasions between November 2010 and January 2013: there was good retention, with 82% of men retained for all three surveys.

Conversely, men living in rural areas were only half as likely to get circumcised. Not getting circumcised was also associated with men's fears that it would be too painful or that they would not manage to be sexually abstinent for the required six weeks post-surgery.

Circumcision as a social norm: harnessing ideas of masculinity

A second, qualitative study explored men’s attitudes towards circumcision in more depth, interviewing 40 men aged over 18 who had chosen to have the operation. The interviews showed that so-called secondary benefits – social conformity, sexual attractiveness, feelings of being in control as a man – were considerably more important in making the decision than the perceived direct health benefits. Personal contacts were the most important sources of information, with nearly all the men hearing about circumcision through friends and acquaintances and only 43% through mass media.

Most men did know the health benefits both in terms of HIV and STI prevention and genital hygiene, and gave them as reasons men in general should get circumcised, but their own reasons were far more personal.

Some saw being circumcised as more attractive, or were told so by partners: “I met this girl called Alice,” said one man. “She’s the one who enticed me. She said, ‘You know, there’s something we can do to make our love more enjoyable’.”

Over half the men said they had been afraid of pain and of difficulties in healing at first, and it was in overcoming fear that personal relationships were especially important.

“I started to see it wasn’t dangerous because even my best friend from the Copperbelt did it. He even showed me. I then talked to my wife and she said ‘You can do it’,” said one man.

The perception that circumcision was a norm, a socially desirable thing to do, became stronger over the two years of the study, presenter Jessica Price of the Population Council of Zambia said. Circumcision, like many other behaviours, would be started off by one pioneer among a group, but then a whole group would adopt it.

One man said: “This is an honest opinion, everyone around me has gone [for VMMC], so I feel different.  Now I just feel like I’m doing what a man is supposed to do. I was being left behind because everyone else has done it."

In particular, circumcision is becoming more associated with Zambian ideals of masculinity: circumcised men are increasingly being seen as responsible, sexually appealing, clean and safe.

When they finally made the decision to do it, however, it was often an impulse: “I just woke up one morning and thought ‘Today’s the day’,” said one man. In this context, said Price, clinic availability was crucial: 40% of men had only managed to get circumcised on their second or third attempt to have it done, the most common reason being clinics that offered circumcision only on certain days of the week, but did not publicise the fact.

As well as better publicity and appointments to increase uptake, Price said, these findings suggested that campaigns should emphasise the secondary benefits of circumcision and associate it positively with masculinity, as in the US/Zambian poster here.

Scaling up circumcision is a complex challenge, and South Africa only began to do so last year. Dino Rech of the Centre for HIV/AIDS Prevention Studies (CHAPS) in Johannesburg told the conference that in 2011, when CHAPS first did a quality-monitoring audit of centres offering VMMC, they only had eleven to monitor. A year later, they had 80 to choose from and were only able to audit half of them.

The survey found that actual surgical technique was closely monitored and a specific ‘safety first' approach to ensure against mistakes and penile injury had been universally adopted. Circumcision centres also nearly all had a functioning information and record system, even if it was done on paper rather than computer.

Where centres were woefully deficient was in the area of what is broadly called clinical governance. Whereas 60% of the eleven centres surveyed in 2011 had a monitoring system in place for adverse events, only 27% of those centres still had one a year later: under pressure from scale-up, the other half had abandoned any systematic collection and recording of adverse events, and only 22.5% of newly established clinics had even started one. Very few had any external monitoring of adverse events.

The practice of having pre-operative assessments, which was being done by half the clinics in 2011, was abandoned by half of them, and only one-in-eight new clinics in 2012 even started them.

This leaves safety in the hands of individual practitioners, and Rech recommended that, if centres did not have the resources or will to set up proper clinical monitoring, there should be a independent national team of inspectors to monitor programme quality and the reporting of adverse events.

Kenya: the importance of follow-up

They found more than twice the percentage of adverse events in men who had not attended for their 12-day appointment – 7.5 versus 3.3%, mainly easily treatable infections of the wound site. Presenter Mahesh Swaminathan of the US Centers for Disease Control said it was impossible to say firmly whether the failure to turn up to the follow-up appointment was a cause or a consequence of the adverse events.

Swaminathan added that severe adverse events were rare, and not significantly different between men who attended for follow-up and those who did not; but he recommended that additional effort should be made to contact clients not returning for follow-up to ensure all adverse events are identified and appropriately managed.

Finally, two studies looked at the efficacy and acceptability of the Shang Ring, a device used to cut down the amount of time taken in circumcision operations.

The ring is a device that is clamped round the penis and worn by the newly circumcised man for a week afterwards. It works by cutting off the blood supply to the foreskin and this in turn makes it unnecessary to use sutures: this means that the wound heals more neatly and has a more ‘natural’ appearance, and crucially, it means that practitioners who are not trained in surgical skills can do the operation.

In a trial of the ring in 1161 men (7% of whom who were HIV positive) in Kenya and Zambia, 95.4% of men attended follow-up appointments. The overall rate of adverse events was 1.6%. There were two severe AEs, one of severe pain and one of the wound re-opening; both resolved with treatment. Almost all men (98.8%) said they would recommend Shang Ring circumcision to others. Non-physicians performed 97% of the procedures and of the 19 providers, 17 preferred the Shang Ring over conventional surgery.

The average time taken on the operation with the Shang Ring was six minutes plus two minutes when the ring was removed a week later: this is less than half of the nearly 18 minutes taken with the conventional surgery.

Healing seemed to be slightly slower with the Shang Ring: in the Rakai study, 100% of those given conventional surgery had completely healed four weeks after the operation but only 84% of those given the Shang Ring technique, and in the other study, only 87% had healed within a follow-up time averaging 38.5 days, though all healed eventually, and no infections were reported.

However, perhaps because of this, fewer men using the Shang Ring resumed sex before four weeks (7.0% with the Ring and 15.0% with surgery): it is during this period that the risk of HIV transmission is actually raised in circumcised men, rather than lowered.

Rech D et al. Implications of the rapid scale up and the expansion of VMMC in South Africa for quality of services. 7th International AIDS Society Conference on HIV Pathogenesis, Treatment and Prevention, Kuala Lumpur, abstract MOPDD0101, 2013.  View the abstract and the slide presentation on on the IAS conference website.

Voluntary medical male circumcision (VMMC)―the removal of all or part of the foreskin of the penis by a trained health-care professional―reduces heterosexual male vulnerability to HIV infection by approximately 60%. Its effects last a lifetime. VMMC is also an entry point for providing men and boys with broader health packages to improve their health, and indirectly benefits women and girls.
UNAIDS
22 Oct 19
Circumcision