Black gay men in the UK almost twice as likely to have HIV as white men, meta-analysis shows 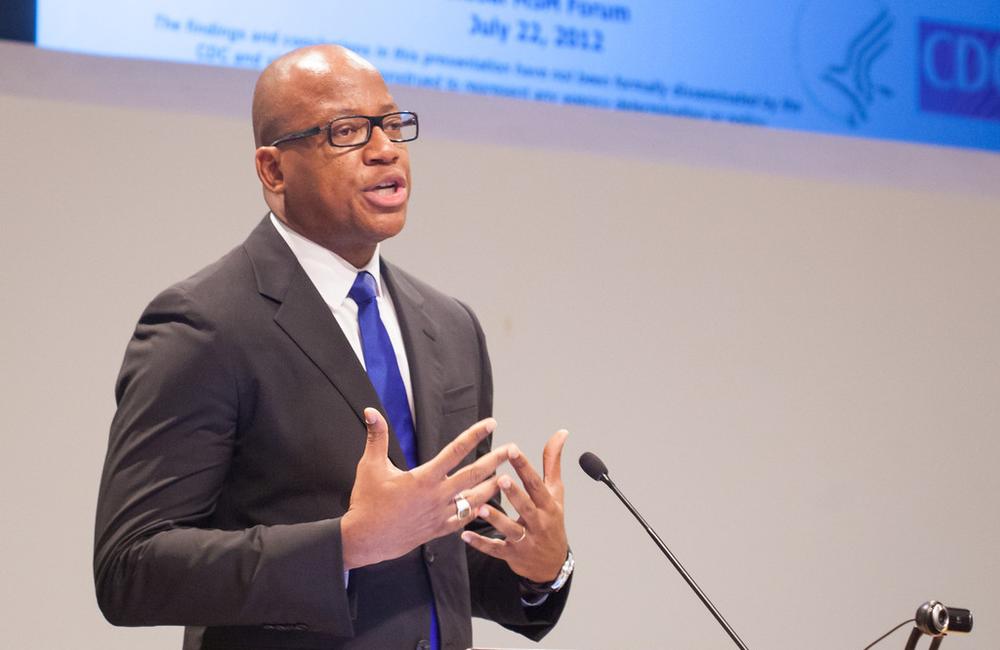 Kevin Fenton, speaking at the MSMGF pre-conference. Photo by Denis Largeron. ©MSMGF
This article is more than 9 years old. Click here for more recent articles on this topic

A new analysis of existing studies on the sexual health of black gay men in the UK has found that despite having similar sexual risk behaviours to white gay men, they have almost twice the chance of being HIV-positive. The findings are published in a special issue of The Lancet on men who have sex with men, published last week to coincide with the 19th International AIDS Conference (AIDS 2012).

While reviewing studies on HIV infection and risk factors that affect black men who have sex with men in the United States, Greg Millet and colleagues also examined similar studies from the United Kingdom and Canada. They wished to see if the inequalities experienced by black MSM in the US were unique to that setting.

A total of 13 UK reports were identified, nine of which were based on the semi-annual Gay Men’s Sex Survey.

Putting all of these results together, the researchers found that black men had almost twice the odds of having HIV as white gay men – odds ratio 1.86 (95% confidence interval 1.58 – 2.18).

Black men were more likely to have tested for HIV (odds ratio 1.75) but less likely to be on antiretroviral therapy if diagnosed with HIV (odds ratio 0.78). The authors say that this finding is surprising, given the UK’s open access health service, but note that immigration status can act as a barrier to accessing healthcare.

A recent study based on the UKCHIC cohort has also found that black and minority ethnic gay men are 17% less likely to start antiretroviral therapy than white gay men, but that after starting treatment there are no differences in treatment outcomes.

The new meta-analysis also showed that, compared to other black people living in the UK, black gay and bisexual men have a nine-fold greater risk of HIV infection (odds ratio 9.3, 95% confidence interval 7.1 – 12.1).

Compared to the general population in the UK, black MSM have more than one hundred times the risk of having HIV (odds ratio 111.4).

The authors note that these findings resemble in many ways those of the United States – despite similar risk behaviour to their white peers, black gay and bisexual men have a markedly higher number of infections.

The Washington DC conference was notable for giving new attention to HIV epidemics in black diaspora communities. There was a diaspora networking zone in the Global Village and a regional session on black diasporas, in the way as there were sessions on sub-Saharan Africa, the Middle East and other regions.

The first is made of countries in which Africans originally arrived as slaves and their descendants now make up the majority of the population and dominate the structures of power. There are many countries of this type in the Caribbean region, a part of the world where HIV prevalence is very high.

Although heterosexual sex is the main mode of transmission, men who have sex with men and sex workers have elevated infection rates. Key elements of the HIV prevention response here should include a focus on these populations, dealing with stigma and working with faith communities.

In the second type of diaspora community, Africans also originally arrived as slaves but became a minority within a larger population, in which the white ethnic majority continues to dominate the power structures. Although there are several populations of this type in the Americas, the US provides the most obvious example - and a marked instance of HIV disproportionately affecting people from the diaspora.

HIV prevention here needs to focus on community engagement and mobilisation, the social and structural determinants of health, and access to healthcare, he said.

The third type of diaspora refers to later waves of migration, often in the mid and late twentieth century, for example of people from the Caribbean to the UK. These populations have experienced various degrees of economic and social exclusion, and higher HIV rates than the general population.

Fenton recommended that - as in the American post-slavery diasporas - HIV prevention should work on community engagement and mobilisation, the social and structural determinants of health, and access to healthcare.

The fourth and final type of diaspora is much more recent, of people from African countries to Western Europe, North America, Australasia and also to other African countries. Migration is often driven by political tensions, war and economic crises, and there are varying levels of integration into host communities. Many industrialised countries have observed high HIV rates in migrants coming from countries with generalised epidemics, with late diagnosis often being an issue.

HIV prevention for such communities should include specific programmes for migrants, work on healthcare access and advocacy to counter the disproportionate impact that criminalisation of HIV exposure and transmission often has on migrant groups.

Millett GA et al. Comparisons of disparities and risks of HIV infection in black and other men who have sex with men in Canada, UK, and USA: a meta-analysis. The Lancet 380: 341-348, 2012. (Full text available after free registration).

Millett GA et al. Common roots: a contextual review of HIV epidemics in black men who have sex with men across the African diaspora. The Lancet 380: 411-423, 2012. (Full text available after free registration).

Fenton K. Understanding HIV in the context of the Black Diaspora: an epidemiological based framework. 19th International AIDS Conference, abstract WERE0101, 2012.

View information on the diaspora session, with links to video and slides, on the conference website.