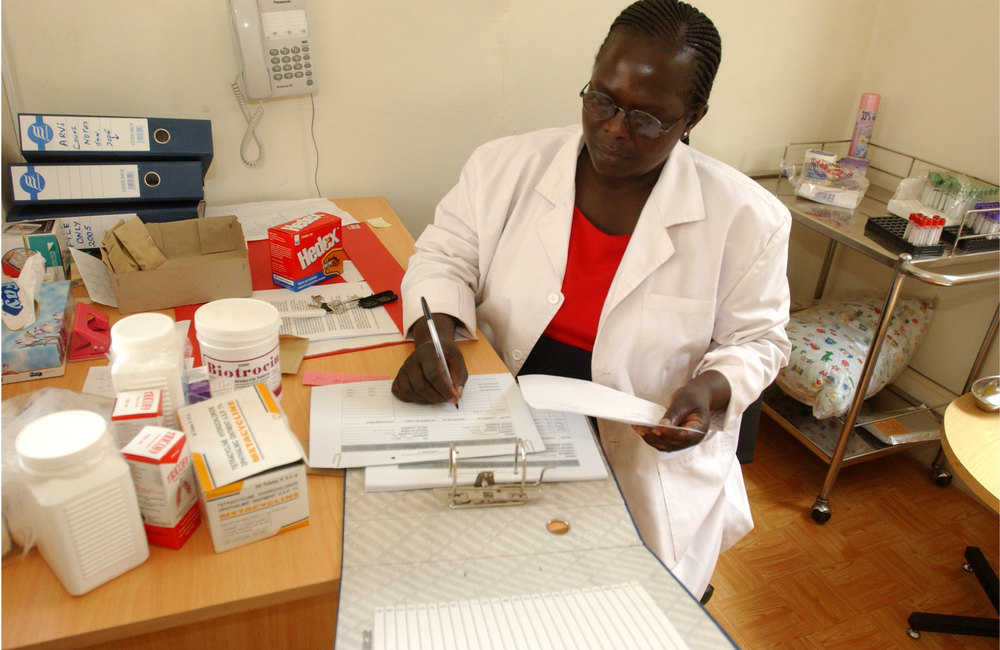 PrEP services can be successfully integrated into public HIV care clinics across Africa, a trial in 25 high-volume public clinics in Kenya found. There were 4,898 PrEP initiations, with reasonable continuation and high adherence observed. This was achieved with existing personnel and infrastructure in the health facilities.

The study also provided several lessons to inform the scale-up of PrEP in African countries. Most PrEP users were partners of people living with HIV rather than key groups, such as young women. The median age of initiators was 31 years, yet the greatest at-risk group are below the age of 30, and long-term retention was suboptimal. The research was conducted by Dr Elizabeth Irungu from the University of Washington and colleagues and published in The Lancet Global Health.

Like other African countries, most people with HIV in Kenya receive care and treatment services from public clinics. At these clinics, clients are encouraged to bring their partners for HIV testing, therefore providing a population that would benefit from pre-exposure prophylaxis (PrEP), should they test HIV negative. PrEP against HIV has the potential to reduce HIV incidence among populations at risk of HIV, if delivered with sufficient coverage.

In 2017, Kenya committed that PrEP would be available at public health facilities nationwide. The country’s guidelines recommend PrEP for HIV-negative individuals who report multiple sex partners, a history of a recent sexually transmitted infection, no or inconsistent condom use, engagement in transactional sex, recurrent use of post-exposure prophylaxis, recreational drug use, or having partners living with HIV who are not virally suppressed.

To provide real-world evidence of PrEP implementation in public HIV clinics in Kenya, and within Kenya’s national PrEP programme, an implementation trial of PrEP service delivery was done in 25 HIV care clinics.

The primary goal for this pragmatic stepped-wedge trial was to determine the number of people starting PrEP per clinic per month, comparing the intervention and control periods. Other goals included assessing PrEP continuation, adherence, and incident HIV infections.

The researchers, in consultation with the Kenyan National AIDS and STI Control Program (NASCOP), identified 24 public health clinics in areas with medium-to-high HIV incidence. These clinics had a high number of people with HIV enrolled for care and treatment. One clinic later added a satellite clinic.

A total of 534 health-care providers from these facilities were selected for training, of whom 75% were nurses, clinical officers, or HIV counsellors. Nurses and clinical officers with expertise in PrEP research and clinical delivery led training on topics including risk assessment and indications for PrEP, procedures at initiation and follow-up visits, and documentation of visits. Following the training, they acted as technical advisers for clinics, including supporting providers with demand creation, identifying and addressing training gaps, facilitating on-job-training sessions and responding to providers’ queries. They visited clinics at least twice a month in the first year and less frequently thereafter as facilities became comfortable with PrEP delivery.

The clinics were stratified by region and then randomly assigned to the order in which they would start receiving training and support. The baseline period started in January 2017, during which they implemented no intervention activities at any health facility. Subsequently, at monthly intervals, beginning Feb 2017, two to six HIV care clinics crossed over from control to intervention. By August 2017, all clinics were implementing the intervention and follow-up continued until Dec 2019.

The Kenya Ministry of Health provided all PrEP medication and HIV test kits, and no additional staffing or financial support was provided to the clinics.

PrEP users were advised to attend clinical visits one month after initiation, and quarterly thereafter while PrEP need was ongoing.

Between Jan 2017 and June 2019, 4898 people initiated PrEP in the 25 public HIV clinics. The mean monthly number of PrEP initiations per clinic was 0·1 before intervention and 7·5 after implementation.

The median age of those starting PrEP was 31 years. Just over half (54%) were female. The majority (84%) reported having a sex partner living with HIV and they had known their HIV status for a median of one year before starting PrEP. Besides this, individuals starting PrEP reported other HIV risk behaviours like inconsistent or no condom use (58%) not knowing the HIV status of their partners (16%), and having sex with multiple partners (12%).

The majority of those who discontinued (84%) could not be reached via telephone after missing their appointments. For those who were successfully contacted, 56% said they had stopped PrEP because they had less HIV risk due to viral suppression of HIV-positive partners, or a decision to use condoms consistently.

Over the course of the study, participants self-reported good adherence to PrEP at 70% of follow-up visits. From 71 blood samples obtained randomly from individuals returning for PrEP refill visits, medication was detectable in 96% of samples.

A total of 2531 person-years of follow-up were accrued with a mean follow-up of 6·3 months. Six individuals initiating PrEP (five women and one man) tested HIV positive during the period, translating to an HIV incidence of 0·24 cases per 100 person-years. All seroconversions occurred within the first year, with three individuals who may have acquired HIV just before starting PrEP testing positive at the first visit after initiation.

Public HIV care clinics are a feasible delivery setting for integrating PrEP services. “The clinics, which attend to hundreds of people living with HIV every month, comfortably added an average of seven PrEP initiations per month per clinic, with high fidelity and utilising their existing infrastructure and workforce,” Irungu and colleagues say.

Other lessons from this study for PrEP scale-up across Africa include:

Target group – the majority of initiators in this study were HIV-negative individuals with HIV-positive sex partners. Although an important group of at-risk individuals, they are not the primary target group to get the maximal impact of PrEP in Africa. The highest risk-group are young women, most of whom are rarely aware of their male partner’s HIV status, and do not take proactive steps to start PrEP for HIV prevention.

Age group – while the average age of PrEP initiators was 31 years, incidence trends from five African countries show that women aged 15–24 years and men aged 20–29 years have the highest HIV incidence rates. PrEP in the age group of 30 and above will therefore have a substantially lower impact on HIV transmission.

Retention in care – this dropped off markedly, with only 34% of PrEP initiators still continuing PrEP at 6 months and 23% at 12 months.