Is reducing anxiety a legitimate indication for PrEP in itself? 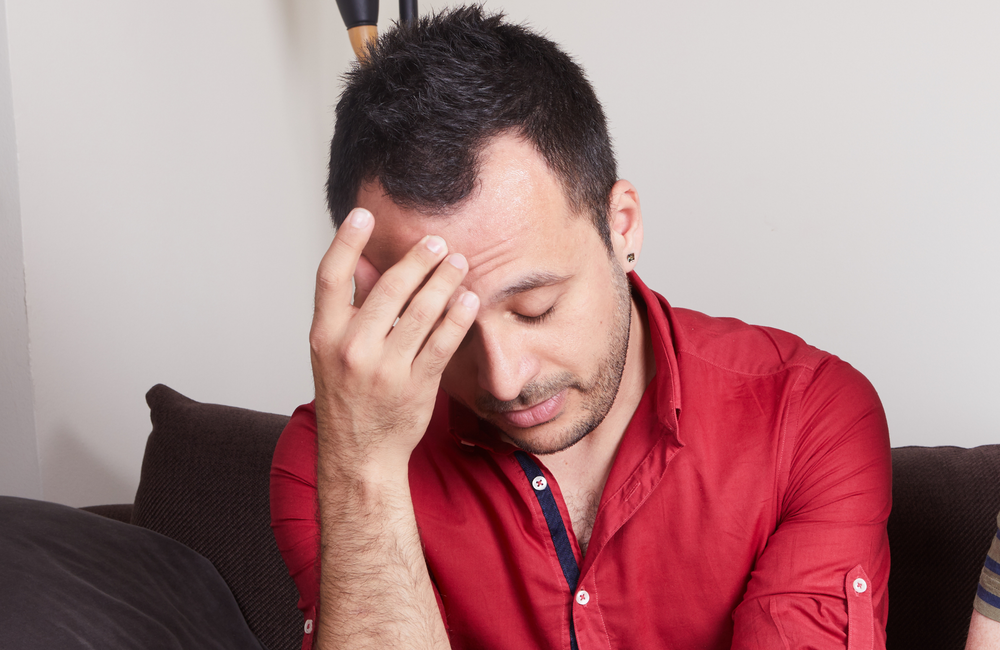 Do doctors and other healthcare workers feel it’s legitimate to prescribe PrEP to people who are anxious about catching HIV, even if their actual risk is low?

This question has rarely been systematically asked of doctors and other PrEP prescribers, even though a substantial body of research – summarised in the PrEP in Europe research briefing here – indicates that PrEP can have positive effects on the mental health of those who start using it.

The answer from a sample of Australian healthcare workers authorised to prescribe PrEP is yes. Australian national guidelines recognise that in some cases a prescription for PrEP might be indicated for reducing “suffering or anxiety related to inter-couple HIV transmission,” even if the positive partner is virally suppressed, or for people whose anxiety prevents them from having sex or testing for HIV.

PrEP prescribers were asked in interviews about this aspect of prescribing PrEP to three groups of individuals:

The survey was conducted by Anthony KJ Smith, a PhD student at the University of New South Wales in Australia. He interviewed 25 people recruited through professional networks. They had to be doctors or nurse practitioners (a specialised grade of nurse authorised to prescribe), who had prescribed PrEP at least once, or nurses who had dispensed it as part of a demonstration study. Participants were selected from either New South Wales or Western Australia, as the first and one of the last states to introduce PrEP.

Of the 25 healthcare workers, 17 were from New South Wales and eight from Western Australia. Initially the intended sample size was 30, but there was such unanimity of opinion and theme that adding more recruits brought in little new data. Nineteen were women and six men (all cisgender) and ten defined their sexual orientation as other than heterosexual or declined to define it. Nine defined as of 'non-English speaking overseas heritage'.

Sixteen were sexual health specialists (nine doctors, seven nurses) and nine were general practitioners. The number of PrEP consultations they had varied widely, from one a month to over 50.

Themes were only loosely predetermined, but fell naturally out of the interviews with participants. The first and most prominent among these was PrEP’s role in relieving anxiety about sexual health and HIV specifically, which one participant described as “probably the best thing about PrEP”.

Participants tended to describe it in effects they’d seen in their patients rather than a specific aim of prescribing PrEP. One said:

“They feel happy, their life is going well…they’re in a happy relationship or multiple relationships, and it’s just a different person, you know, compared to the person in the first consultation…”

“Older gay men who have lived through the bad AIDS days and lost family and their acquired family…and have always used condoms because they were petrified. Some of those guys in their 50s and 60s now have found PrEP pretty amazing.”

Another said that a lot of their older clients:

“Didn’t have sex at all in the 1980s and 1990s because they were so scared of HIV, and [PrEP is] completely, completely life-changing for these people.”

Others, however, also emphasised the burden of anxiety and internalised stigma felt by younger gay men. One described younger patients, especially those from non-accepting cultural or religious backgrounds, as fearing that acquiring HIV would mean “having to come out all over again.” One said:

“It’s not just free-floating anxiety about being gay. It’s like: ‘Oh well, if you’re gay, you get AIDS and then you die…’”

In this context, PrEP was talked about in more direct terms as a treatment for HIV anxiety as well as HIV itself. "Participants feel that PrEP shielded people from a possible HIV seroconversion that could threaten a precarious acceptance of their sexuality," the authors say.

Participants were cautious about portraying or having their patients imagine that PrEP was a panacea or “a magic pill that stops anything bad”. Most said they gave education and counselling and referred people to psychological services if they were very anxious. But they reported still providing PrEP because, in the authors’ words, “the benefits far outweighed the risks.”

Participants were asked specifically if PrEP was important for serodifferent couples, both gay and heterosexual. Almost all participants brought up the concept of ‘U=U’ in this context:

“Technically, if they’re their only partner, and [they’re relying on] U=U, they theoretically shouldn’t need [PrEP].”

But they also outlined numerous situations where PrEP might provide additional safety. One was where the HIV-positive partner had difficulties with adherence or was newly diagnosed. Another was within non-monogamous relationships.

However, even with 'zero risk', participants described a role for PrEP in providing reassurance, in addition to safety. One described it this way:

“It might be because they just don’t yet quite trust the evidence of U=U. Or they’re a kind of belt-and-braces sort of person who wants to have no risk at all and do everything they can. [But] sometimes it comes from the HIV-positive partner.”

Other participants also emphasised that it was often the HIV-positive partner who had difficulty in believing in the U=U message, especially as they had usually previously been told by doctors repeatedly to “always use condoms with everyone…it’s a bit hard sometimes for people to suddenly change your mindset.”

One healthcare worker consciously checked the language they were using about viral load when talking about scenarios in which the positive partner might unknowingly become virologically unsuppressed:

As the authors say, this participant realised they were in danger of portraying viral undetectability as virtuous and then tried to reframe it as reasonable caution. Another interviewee explained this kind of caution as:

“If it was me, I’d want lots of different layers of protection.”

Another participant framed it in terms of the HIV-negative partner as wanting to be in control of their HIV risk:

“I guess it’s the same as with women, you know, where we’re the ones falling pregnant. We’re the ones that need to be in control of contraception.”

“Power, as well as trust, within a relationship was described an important factor to consider in a clinical assessment,” comment the authors. One participant explicitly mentioned PrEP as being a “big breakthrough” for heterosexual people and women in particular.

Participants also talked about the ‘worried well’ – people who requested PrEP even though they had little or no risk of HIV, and little or no contact with other people with it.

Although these patients formed only a small proportion of participants’ caseloads, they were described as taking up a disproportionate amount of time and even taking attention away from those who might need PrEP more.

“Sometimes you feel like…the people at greatest risk aren’t the ones that actually present.”

At the same time, participants recognised that patients presenting as 'worried well' might actually be concealing risk. One said:

“We sit here in our ivory towers…taking sexual histories, but patients may not always be disclosing the truth to us about what they are up to.”

Sometimes, this participant went on to say, the extreme level of anxiety despite apparent low risk might be a sign that there is “something going on for the patient that they are not being forthcoming about”. (Examples might be an abusive partner, one suspected of infidelity, or simply experiences they are not ready to talk about.)

Another acknowledged that some patients might only feel comfortable in talking with specific healthcare workers about their sex lives, saying “we expect a lot from our patients in terms of how much they tell us.”

It was acknowledged that sometimes PrEP was prescribed to patients clearly at no risk of HIV. Some referred to the guidelines, with one saying “As part of the guidelines, people can go on PrEP for fear of HIV”, though another said this provision was there primarily to make the physician feel better about prescribing to low-risk patients.

But most respondents preferred to justify prescribing PrEP on the basis that they could not rule out undisclosed risk.

The authors comment that “although participants acknowledged that PrEP could play a role in reducing HIV anxiety” they were in the main cautious about saying it was OK to prescribe PrEP in situations where what patients really needed was information or psychological support.

However, they add, “Despite these reservations, participants almost always prescribed PrEP if individuals requested it and if there were no medical contraindications.”

They say that though “PrEP can be transformative for people’s lives”, guidelines and professional training should better support clinicians in prescribing PrEP to people “with no clinically indicated risk who are seeking PrEP to manage anxieties around HIV, or relationship dynamics, or sex.”

They add: “PrEP providers…ought to be supported to provide PrEP in ways that extend beyond preventing HIV, enabling flourishing sexual lives for people.”

Plaintiffs argue their religious freedom has been violated as both are Christian and unwilling to buy health insurance that subsidizes, “abortifacient contraception or PrEP drugs that encourage homosexual behavior and intravenous drug use.”
The Hill
10 Aug 22
PrEP policies & guidelines

WHO today released new guidelines for the use of long-acting injectable cabotegravir (CAB-LA) as pre-exposure prophylaxis (PrEP) for HIV and called for countries to consider this safe and highly effective prevention option for people at substantial risk of HIV infection.
World Health Organization
29 Jul 22
Access to healthcare

A group of Texas residents and employers argue that the ACA’s preventive care mandates violate the Religious Freedom Restoration Act and that forcing people to pay for plans that cover STD screenings and HIV prevention drugs, such as Truvada, will "facilitate and encourage homosexual behavior, prostitution, sexual promiscuity, and intravenous drug use."
Politico
28 Jul 22
PrEP