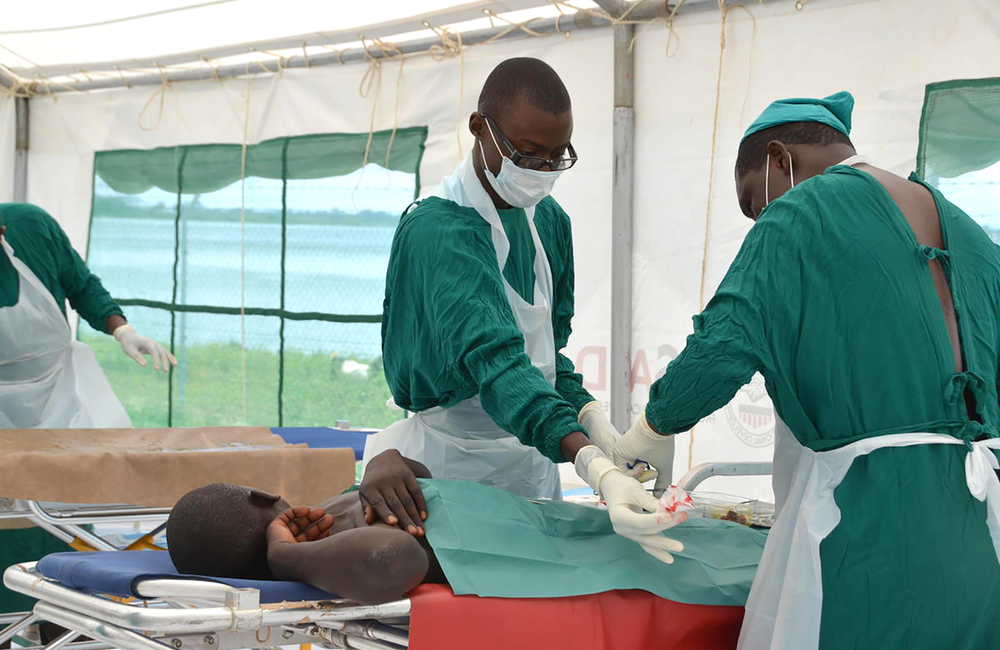 Male circumcision reduces the risk of infection with HIV-1 from female sexual partners by more than twofold, according to a study of Kenyan men published in the 15th February edition of The Journal of Infectious Diseases. Although previous studies have found similar trends, this investigation is the first to assess the risk of transmission per sex act in an area where multiple sexual partners and a lack of male circumcision are common, and to take religious and ethnic differences into account.

Although sub-Saharan Africa has a high prevalence of HIV-1 infection, the spread of the virus has not been uniform across the region. While this may be due to differences in behaviour or to biological variation between areas, differences in the number of men who have been circumcised have been identified as a possible cause of the pattern of HIV’s spread.

Many studies have found that circumcision can reduce an individual man’s risk of contracting HIV, but it remains uncertain whether this effect could be caused by circumcised and uncircumcised men having different sexual behaviour. To resolve these issues, investigators from Kenya and the United States carried out a prospective study of HIV infection and sexual behaviour in a cohort of 745 Kenyan men.

The researchers recruited HIV-negative Kenyan men from six truck companies in Mombasa between 1993 and 1997. Six hundred and fifty (87%) of the men were circumcised. Every three months, the men were asked about the number of sex partners, the number of sex acts carried out with three different types of partner (wives, casual partners and prostitutes) and condom use. The men were also tested for HIV-1 at every visit.

Rates of unprotected sex were also high. Five hundred and sixty-nine (99%) of the men who had sex with their wives had unprotected sex, 405 (85%) with casual partners and 129 (71%) with prostitutes.

“The foreskin contains high densities of HIV-1 target cells, which suggests that a heightened HIV-1 risk in uncircumcised men is biologically plausible,” explain the authors.

To check for the influence of religious or cultural differences on their results, the researchers repeated their analysis after removing the Muslim men, who are almost all circumcised, finding that this had little effect on their conclusions. Similarly, omission of the data from men of the Luo ethnic group, who have low levels of circumcision, did not affect their conclusions.

Finally, the investigators tested their assumptions that the men did not have sex with their casual partners more than once during follow-up and that condom use reduced the likelihood of HIV transmission by 85%. Re-analysis after removal of either of these assumptions did not cause any change in the observed trends.

Importantly, the authors’ rate of female to male HIV transmission is much higher than previous estimates of below 1 in 1000 from studies of serodiscordant couples in the United States and Europe. “This is the first study to estimate HIV-1 infectivity in a population with multiple, concurrent partnerships of different types,” they state. “HIV-1 infectivity in an African population with multiple partnerships may be substantially greater than previously estimated from studies of monogamous HIV-1-serodiscordant couples.”

“The high probability of per-contact HIV-1 transmission seen in our study may explain the rapid spread of the HIV-1 epidemic in settings where multiple, concurrent partnerships are common. Moreover, our results strengthen the substantial body of evidence suggesting that variation in the prevalence of male circumcision may be a principal contributor to the spread of HIV-1 in Africa.”