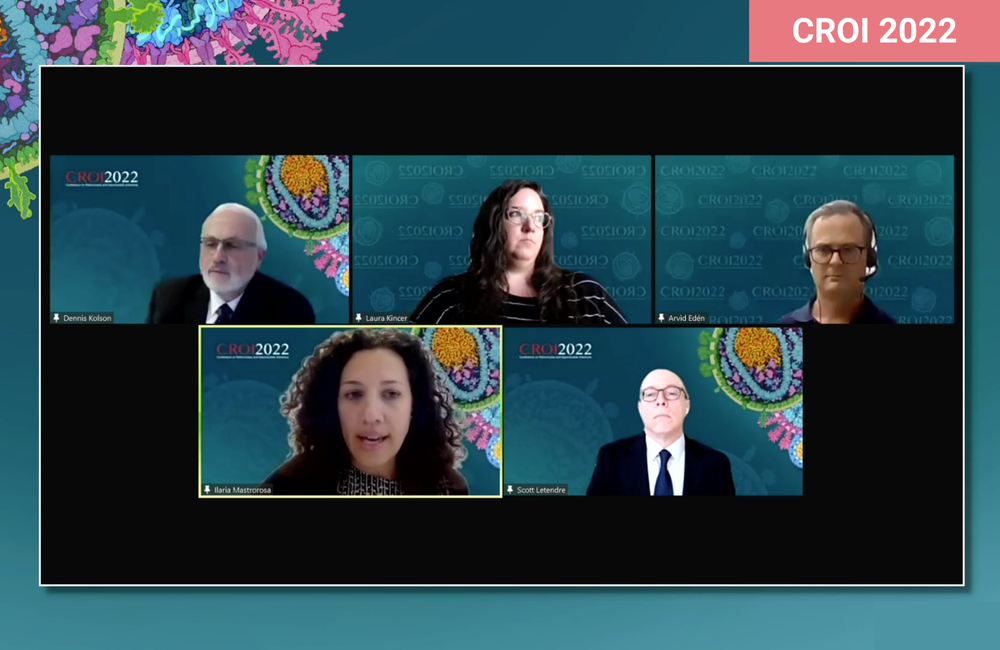 The prevalence of HIV-associated neurocognitive disorder (HAND) has decreased over the last decade among people with HIV who take antiretroviral therapy, according to an Italian study presented last week at the Conference on Retroviruses and Opportunistic Infections (CROI 2022). Lower rates of HAND were associated with various patient characteristics and HIV-related factors, including the use of dual therapies and integrase inhibitor-based regimens.

Based on the ‘Frascati criteria’, a person is said to have HAND depending on the results from tests assessing several functions such as attention and working memory, mental processing speed, memory, and fine motor skills (the co-ordination of muscles, bones and nerves to produce small, exact movements, such as picking up a small object with two fingers).

Dr Ilaria Mastrorosa from the National Institute for Infectious Diseases ‘Lazzaro Spallanzani’ in Rome said that HAND continues to affect a large proportion of people with HIV. Studies from a decade ago found rates as high as 19 to 30% in people with HIV who were taking antiretroviral therapy and had a controlled HIV viral load.

Mastrorosa and colleagues looked for potential changes: their primary aim was to observe the evolution of the prevalence of HAND in people taking antiretroviral therapy in recent years. Additionally, they wanted to assess the relationships between HAND and several socio-demographic, clinical, laboratory and therapeutic variables, in order to identify predictive factors for HAND.

The team analysed the neurocognitive profiles of 1365 HIV-positive people receiving antiretroviral therapy, who were enrolled in the Institute’s HIV cohort between 2009 and 2020. The profiles were derived from neuropsychological assessment through 13 tests of functions covered by the Frascati criteria.

In addition, depending on whether or not they presented with a deficit of memory, attention or concentration, participants were defined as “complaining” or “not complaining”. While a person who is “complaining” has symptoms, this is a slightly different definition to that of the Frascati criteria, in which people with HIV-associated mild neurocognitive disorder or HIV-associated dementia have symptoms that interfere with their ability to carry out daily tasks or activities.

Dr Mastrorosa highlighted that 18% and 8% received an integrase inhibitor-based or a dual (rather than triple) antiretroviral regimen, respectively.

Overall in the study, the HAND prevalence was 22%. Unsurprisingly, it was much higher among “complaining” participants (40%) than in their “not complaining” counterparts (13%). Over time, the investigators found a remarkable decreasing trend in the prevalence of HAND, both in the entire cohort and in the two groups:

A higher risk of presenting with HAND was found to be associated with having hepatitis C antibodies (Adjusted Odds Ratio 1.44), reporting a cognitive complaint (AOR 3.83) and being an extra ten years older (AOR 1.16). Meanwhile, a lower risk was found with:

Dr Mastrorosa concluded that these results reflect the multifactorial pathogenesis of HAND, even with successfully treated HIV. She also said that the results “suggest a potential role, in the HAND prevalence decline, of the most recent treatment strategies, which have shown a greater virological efficacy and a better tolerability.”

Dr Mastroroso did not address the potential overestimation of the cognitive impairment in people with HIV, which has been debated for years. According to some researchers, relying on the use of the Frascati criteria rather than on the actual presence of clinical symptoms, leads to this overestimation.

As highlighted by a question from a conference delegate, it would have been interesting to see if there were similar results when only looking at participants with symptomatic cognitive impairment.

Mastrorosa I et al. Is there a role of novel ART regimens in the declining prevalence of HAND? Conference on Retroviruses and Opportunistic Infections, abstract 132, 2022.