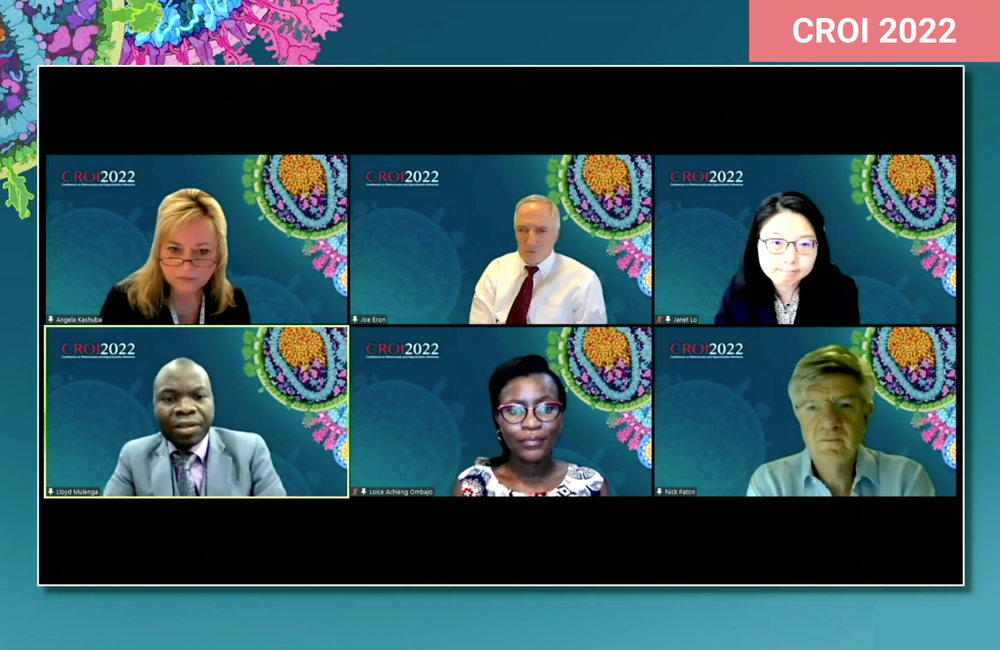 The study findings add to evidence that retaining tenofovir ('recycling' it) after the failure of first-line treatment rather than replacing it with zidovudine does not raise the risk of treatment failure. Also presented at the conference, 96-week results from the NADIA study showed that recycled tenofovir and lamivudine resulted in superior viral suppression when compared to a new nucleoside backbone.

Current World Health Organization guidelines recommend the use of dolutegravir in second-line treatment in resource-limited settings. They also recommend including a new nucleoside reverse transcriptase inhibitor (NRTI) in the regimen. As most people on first-line treatment take tenofovir, this means switching to zidovudine, which is less well tolerated.

The VISEND study was designed to address several questions regarding second-line treatment in resource-limited settings:

VISEND recruited 1201 participants in Zambia who were taking a failing regimen based on a non-nucleoside reverse transcriptase inhibitor (NNRTI) that contained tenofovir and lamivudine.

Participants with viral load below 1000 (n=418) (arm A) were randomised to receive either TDF and lamivudine with dolutegravir (TLD) or TAF and emtricitabine with dolutegravir (TAFED). This study arm was designed to investigate whether TDF and lamivudine was inferior to TAF and emtricitabine. The study population was restricted to people with low or undetectable viral load at the time of switching to minimise the risk of developing drug resistance.

Study participants in arm A had a median age of 44, approximately 80% had viral loads below 50 and just under two-thirds were women. Study participants in arm B had a median age between 36 and 39 according to treatment assignment, between 58% and 67% were women and the proportions with viral load above 100,000 ranged from 20% in the TAFED arm to 31% in the lopinavir/ritonavir arm.

The primary study outcome was the proportion of study participants in each arm with viral load below 1000 at week 144. Dr Lloyd Mulenga of the University Teaching Hospital, Lusaka, presented the 48-week analysis.

In participants with baseline viral loads above 1000, the non-inferiority analysis showed that both TAFED and TLD regimens demonstrated superiority in viral suppression below 1000 and 50 compared to a boosted protease inhibitor plus zidovudine and lamivudine. TAFED was also superior to TLD in suppressing viral load below 50, but not 1000, in participants in arm B.

In participants with baseline viral loads below 1000 (arm A), TAFED was non-inferior to TLD when assessing viral suppression below 1000 or 50.

The VISEND study explored similar questions to the NADIA trial, conducted in seven African countries. NADIA compared switching to dolutegravir or darunavir without resistance testing in people experiencing viral rebound above 1000 on an efavirenz-based regimen. It also investigated whether recycling tenofovir and lamivudine in second-line treatment was inferior to switching to zidovudine and lamivudine. The 48-week results presented at CROI 2021 showed that dolutegravir was non-inferior to boosted darunavir and that recycling tenofovir/lamivudine was non-inferior to switching to zidovudine/lamivudine.

Professor Nick Paton reported 96-week results of the NADIA study, showing that dolutegravir remained non-inferior to darunavir/ritonavir at week 96. Whereas at week 48, the tenofovir/lamivudine backbone was non-inferior to zidovudine/lamivudine, by week 96 the tenofovir/lamivudine backbone was superior (+7%, 95% CI 1.2-12.8, p = 0.019). Viral rebound was more frequent in the zidovudine group than the tenofovir group (14.3 vs 5.6%, p = 0.0002) and the development of high-level dolutegravir resistance mutations occurred more frequently after viral rebound in the zidovudine group (5 vs 2 cases).

“It looks from our data as if the way to avoid dolutegravir resistance is to stop combining it with zidovudine in second-line,” said Professor Paton.

“Guidelines that recommend switching from tenofovir/lamivudine to zidovudine/lamivudine in the public health approach should be reconsidered,” he concluded.

Paton N et al. Efficacy and safety of dolutegravir or darunavir in combination with lamivudine plus either zidovudine or tenofovir for second-line treatment of HIV infection (NADIA): week 96 results from a prospective, multicentre, open-label, factorial, randomised, non-inferiority trial. The Lancet HIV, 9: e381-e393, June 2022.