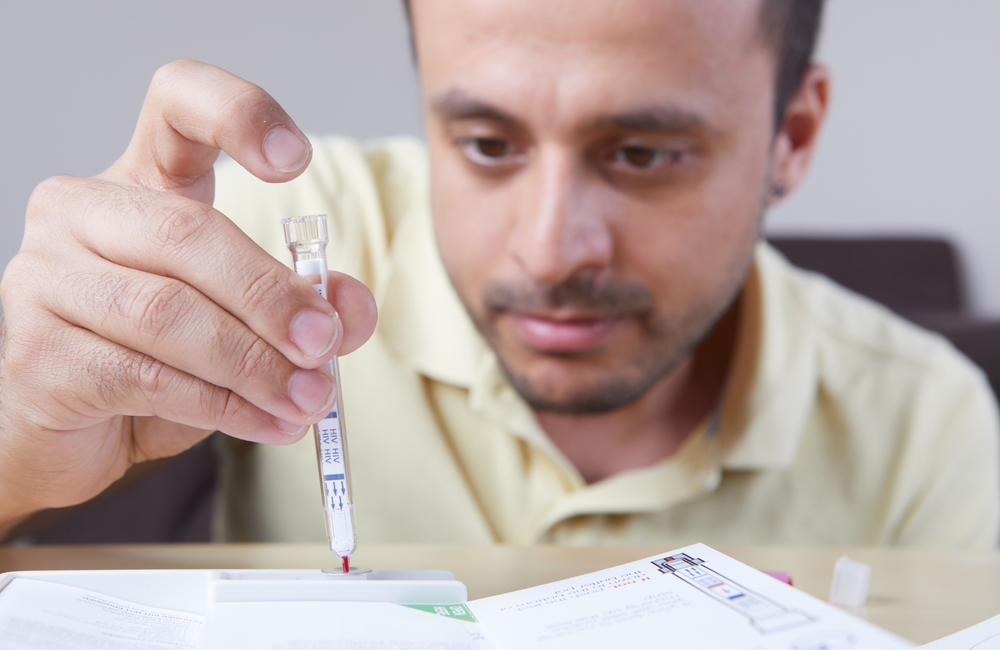 The study was recently published by Dr Charles Witzel from the London School of Hygiene and Tropical Medicine and colleagues in BMC Medicine.

Globally, more than five million people still do not know they have HIV. Key populations remain disproportionately impacted by HIV. In 2018, 54% of all new infections in the world occurred among MSM, people who inject drugs, people in prisons, sex workers, transgender people, and their partners.

Scaling up HIV testing among key populations remains urgent. In 2016, the World Health Organization (WHO) added HIV self-testing to its recommended testing approaches. The method is safe, effective, acceptable, convenient and private. It may be particularly attractive to populations experiencing discrimination and stigma, including when seeking HIV testing. However, by mid-2019, only 38 countries had implemented HIV self-testing. Was further evidence needed?

The team reviewed trials published in academic journals and conferences up to June 2019. The trials were eligible only if they reported on one or more of the following outcomes: HIV testing uptake, HIV testing frequency, HIV positivity, linkage to treatment or care, STI testing uptake and frequency, condom use, social harm or adverse events.

Ten randomised clinical trials met the eligibility criteria. They had enrolled 9679 participants, of whom 5486 were MSM, 72 transgender people (mostly trans women) and 4121 female sex workers. No trials with people who inject drugs or people in prisons were found.

To align with the clinical trials, this study reports MSM and transgender people as one group.

There were seven trials with MSM: six in high-income settings and one in China. The three studies with female sex workers were run in Kenya, Uganda and Zambia. All trials used oral fluid-based HIV self-test kits and provided kits free of charge.

In five studies, kits were distributed through healthcare facilities; in five studies (all with MSM) they were ordered online and sent by post; and in two studies (both with female sex workers) they were also distributed by peers. The interventions featured diverse components including promotion on social media, information about HIV testing, group demonstrations of self-testing, videos, pre- and post-test counselling and telephone hotlines.

When compared with standard of care, HIV self-testing increased HIV testing uptake by 1.45 times in a meta-analysis of all ten trials (RR=1.45; 95% CI 1.20, 1.75). These results were similar in subgroup analyses of female sex workers and MSM/transgender people. But the largest increase in uptake was found with online/mail HIV self-test distribution among MSM and transgender people (RR=1.61; 95% CI 1.33, 1.94).

For testing frequency, a meta-analysis of three trials – all with MSM – showed that HIV self-testing increased the mean number of HIV tests by 2.56 during follow-up (95% CI 1.24, 3.88). In two trials with facility self-test distribution, this increase was lower (by 2.1 and by 1.7). But the most significant increase, multiplying mean number of tests by 3.80, was found in the one delivering self-tests through mail.

"HIV self-testing appears to engage segments of the population with pronounced barriers to standard testing services."

There was a meta-analysis of six trials measuring linkage to HIV care or antiretroviral therapy among people with a positive result. It found that HIV self-testing reduced linkage to care by 17% (RR=0.83; 95% CI 074, 0.92). Population subgroup analyses showed a 16% (RR=0.84; 95% CI 0.75, 0.94) reduction among female sex workers, and non-significant results for MSM.

There was no impact of HIV self-testing on condom use, either in female sex workers or MSM.

Two trials (both with female sex workers) reported on social harm and adverse events. There were cases of intimate partner violence and mental distress in a few participants using HIV self-testing. Some cases were reported as directly caused by the use of HIV self-tests. But differences between trial arms were not significant.

“Among key populations, HIV self-testing appears to engage segments of the population with pronounced barriers to standard testing services while increasing choices,” Witzel and colleagues conclude. However, they also highlight that “some significant gaps exist in the evidence which implementation, pilot and demonstration projects can respond to.”

In a commentary, Drs Katrina Ortblad and Joanne Stekler from the University of Washington argue that the potential of HIV self-testing is not just to yield positive results and facilitate linkage to treatment. They point out that most people who self-test for HIV will test negative and could benefit from HIV and STI prevention programmes. They may also benefit from mental health support.

“We should also capitalise on the unique characteristics of this testing technology (e.g, privacy, mobility) and utilise HIV self-testing in ways that facilitate linkage to HIV prevention interventions, support health systems, and improve mental health outcomes,” they say.

The tribunal concluded that BioSure’s HIV self-test “is substantially based upon and incorporates Chembio Confidential Information in material breach” of the distribution agreement. BioSure has been ordered to immediately stop making, using, offering for sale, or selling the BioSure HIV Self Test.
GlobeNewswire
24 Nov 21
Self-testing & home testing

The verdict on digitally-supported HIV self-testing

On average, field workers categorized test results with just over 92% accuracy, while the app's AI algorithm did so with an impressive 98.9% accuracy.
FierceBiotech
22 Jun 21
Access to healthcare

The market for HIV self-tests in low and middle income countries, but has been dominated by a single affordable test. Today, Unitaid is announcing a significant market expansion and price reduction of around 50%, thanks to an agreement with Viatris (through its subsidiary Mylan), which will see blood-based HIV self-tests made available for less than $2 each in 135 eligible countries.
Unitaid
28 Apr 21
Self-testing & home testing

Health Canada granted a medical device licence on Monday to a one-minute, finger-prick blood test manufactured by Richmond, B.C.-based bioLytical Laboratories. Canada follows dozens of other countries in greenlighting the technology, which has been endorsed by the World Health Organization as a tool to reduce the number of people with undiagnosed HIV.
CBC
4 Nov 20
More editors' picks