Treatment-as-prevention study sees substantial levels of transmitted drug resistance in participants, but no impact on treatment 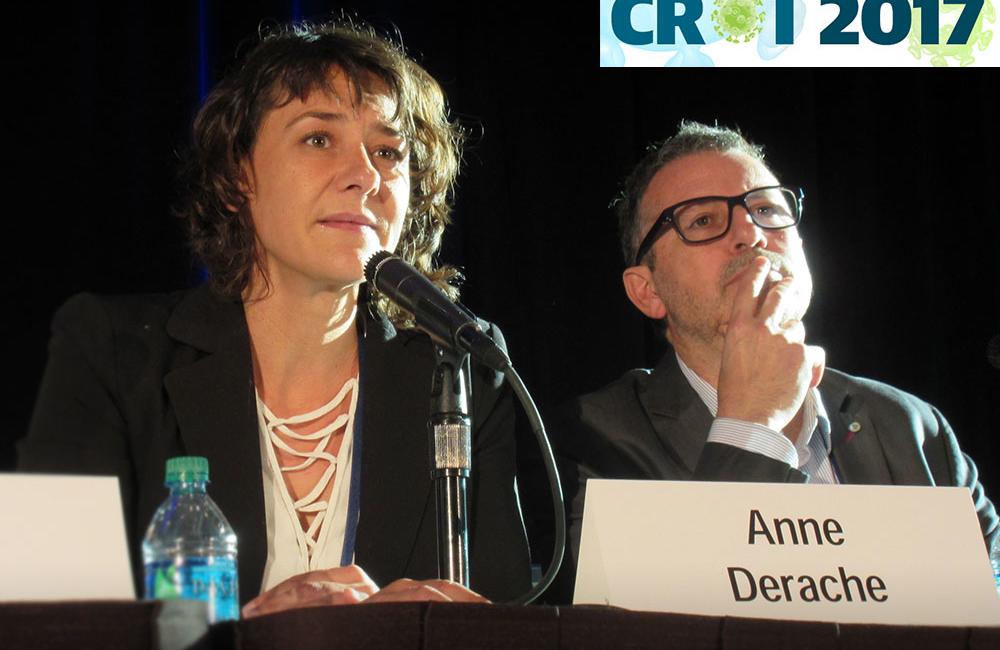 A study of the prevalence of transmitted drug resistance in participants in the ANRS 12249 trial of treatment as prevention, which reported its main results at the International AIDS Conference in Durban last year, has found that a substantial minority of participants in the trial had HIV with resistance mutations against the virus.

However, there was no evidence that pre-existing drug resistance had any impact on the success of treatment. This is surprising, and contrary to previous findings; trial investigator Anne Derache told the Conference on Retroviruses and Opportunistic Infections (CROI 2017) that longer follow-up was needed to find whether people with drug resistance would maintain undetectable viral loads.

Drug resistance testing was done on samples from 1340 people in the study. Of these, 1069 were people who were in HIV care and attending clinics who tested HIV-positive when they first entered the study, and 77 were in people who became infected with HIV during the course of the study. However, one of the findings of the ANRS 12249 study was that while people willingly came forward for testing, a high proportion of those who tested HIV-positive did not present themselves for HIV medical care during the study. So drug resistance testing was also done on 195 dried blood samples taken from people who tested positive at study entry but did not present for care.

About 9% of people had resistance where more than 20% of the HIV strains in their body had resistance mutations (predominant resistance) and another 9% had resistance in 2-20% of viral strains (minority resistance). This applied both to participants who joined the trial already HIV-positive and to ones who acquired HIV during the trial.

There was very little multi-drug or multi-class resistance: most people with resistance (89%) only had one or two drug-resistance mutations and 73% of these only had resistance to the non-nucleoside reverse transcriptase inhibitor (NNRTI) class of drugs. In 61% of these cases drug-resistant HIV formed more than 50% of HIV strains in people’s blood. The most common single drug mutation was K103N, which causes high-level resistance to efavirenz.

Only 11% had three or more resistance mutations, and Derache speculated that some of these might be people who had previously been exposed to antiretrovirals.

Of the 1146 people who were in care, nearly three-quarters (838) started antiretroviral therapy (ART). Viral suppression rates were very high, with 97% of people having a viral load below 400 copies/ml after a year on ART: on average people took three months to reach viral suppression.

There was, surprisingly, no association between having drug resistance mutations and virologic failure. People with predominant drug resistance were only 4% less likely to achieve viral loads under 400 copies/ml, and ones with minority resistance actually 12% more likely, but these differences are statistically insignificant and likely due to chance.

In ANRS 12249 the first-line therapy generally offered was Atripla, the pill that combines efavirenz with tenofovir and emtricitabine. The resistance surveillance was not done as pre-treatment screening, and individuals’ regimens were not modified if they had drug resistance mutations. This means that the people with resistance to efavirenz were achieving viral suppression with tenofovir and emtricitabine (i.e. Truvada) alone.

This contradicts the few studies that have previously studied the effects of drug resistance in lower-income settings: Anne Derache quoted a study from Mexico which showed that drug resistance cut the likelihood of viral suppression by 75%. However, it is not inexplicable, given the susceptibility figures reported in this study.

The question is: how long will viral suppression last in people with drug resistance? The average length of follow-up for people taking ART in the study so far is 16 months. Will what is essentially tenofovir/emtricitabine dual therapy in the people with resistance start to fail further down the line? Will adherence need to be much better in these people for them to stay suppressed? Or are the ANRS 12249 patients, once virologically suppressed, likely to remain so? Only time will tell.