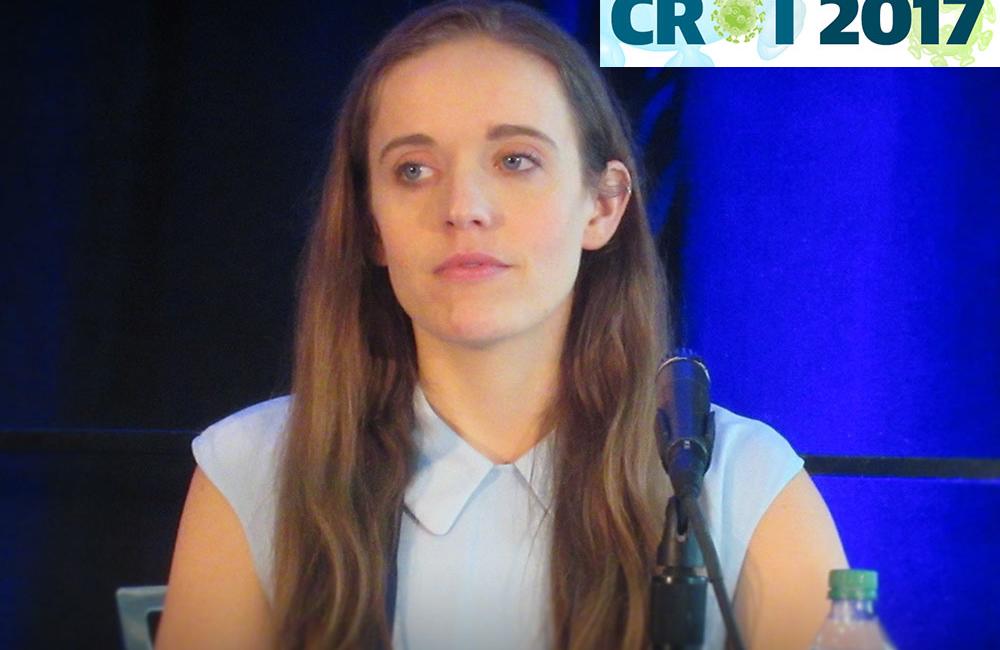 Smoking probably contributes far more to the risk of cardiovascular disease in people with HIV than antiretroviral drug choice, viral load or any factor linked to the virus, but stopping smoking leads to a rapid reduction in the risk of some cancers, according to results from a cluster of studies presented at the 2017 Conference on Retroviruses and Opportunistic Infections (CROI) in Seattle on Thursday.

A recently published study estimated that smoking has a greater impact on the life expectancy of people with HIV than HIV infection that is well controlled by treatment, due to cancers, cardiovascular disease and chronic obstructive pulmonary disease.

Smoking is a major risk factor for numerous cancers, especially lung cancer. What is less clear is whether, in people living with HIV, the risk of various cancers begins to fall after people stop smoking. Although the risk of lung cancer begins to fall in the general population after people stop smoking, it is not known if the same is true in people with HIV.

To answer this question Leah Shepherd of University College London and researchers on the D:A:D cohort study looked at the risk of developing various cancers among former smokers in the cohort. The study looked at cancer incidence in all study participants between 2004 and 2015, and compared outcomes between people who were smokers, never-smokers, people who were ex-smokers at the time they entered the study, and people who gave up smoking during the study period.

Ex-smokers were stratified according to whether they had given up less than a year ago, 1-2 years ago, 2-3 years ago, 3-5 years ago, or at least five years ago. Study participants were followed for a median of nine years.

Crude analysis of incidence showed that the risk of smoking-related cancers (excluding lung cancer) fell very substantially more than a year after quitting and thereafter it was comparable to the risk of people who had never smoked. Age, gender and CD4 cell count did not affect cancer risk in any analysis.

On the other hand, lung cancer incidence remained at least eight times higher in ex-smokers five years after giving up when compared to people who had never smoked (aRR: 8.26 95%CI: 2.83, 24.09). This finding is in contrast to observations in HIV-negative people, where a decline in the risk of lung cancer begins to become detectable within five years of stopping smoking.

The study is limited in its power to explore some of the factors known to influence smoking-related cancer risk, such as smoking intensity and the duration of smoking, because of a lack of data. Leah Shepherd said that longer-term follow-up of cancer risk in people with HIV will be needed to provide more information about risk, especially for lung cancer.

Smoking emerged as one of the most important risk factors for heart attack in an analysis of 29,515 people with HIV receiving care in North America, presented by Keri Althoff of Johns Hopkins University, Baltimore. The study set out to determine what proportion of heart attacks in the population of people with HIV were attributable to various risk factors.

These included, on the one hand, the well-established risk factors: smoking, high cholesterol, treated hypertension, diabetes, body mass index (BMI) of 30 or above and stage 4 chronic kidney disease. The analysis also looked at the contribution of HIV-specific risk factors: CD4 count below 200, lack of viral suppression, an AIDS diagnosis, and HCV infection.

The NA-ACCORD cohort study recorded 347 heart attacks among participants during a median follow-up period of 3.5 years.

Keri Althoff drew the attention of delegates to previous research from the same cohort study, which found that stopping smoking would make the single greatest contribution to cutting cancer diagnoses in people with HIV. Controlling cholesterol would have greatest impact on end-stage kidney disease and on heart attack.

Similarly, modelling of the burden of cardiovascular disease among people with HIV in the Netherlands between 2015 and 2030 found that smoking cessation and cholesterol and hypertension management would result in far greater reductions in cardiovascular events than HIV-related interventions such as earlier diagnosis and treatment or avoiding antiretrovirals with known cardiovascular risks.

The model, presented by Rosan van Zoest of Amsterdam Institute for Global Health and Development, used data from the Netherlands ATHENA cohort and the D:A:D study to simulate cardiovascular disease over time. The model predicts that the annual incidence of cardiovascular events will increase by 55% between 2015 and 2030, and that improving the rate of smoking cessation would reduce the number of heart attacks by 6-13% each year. However, the model makes the ambitious assumption that it will be possible to achieve cessation rates of 50% or 100%. In clinical settings, smoking cessation rates are much lower.

Taken together, the findings suggest the need for a much greater emphasis on smoking cessation in people with HIV, as well as a greater emphasis on management of cholesterol and hypertension. All these interventions will require greater input from primary care physicians in settings where these interventions are chiefly delivered by general practitioners, and greater focus on non-HIV health care in settings where HIV care is delivered by specialist providers.