STI rates in PrEP users very high, but evidence that PrEP increases them is inconclusive 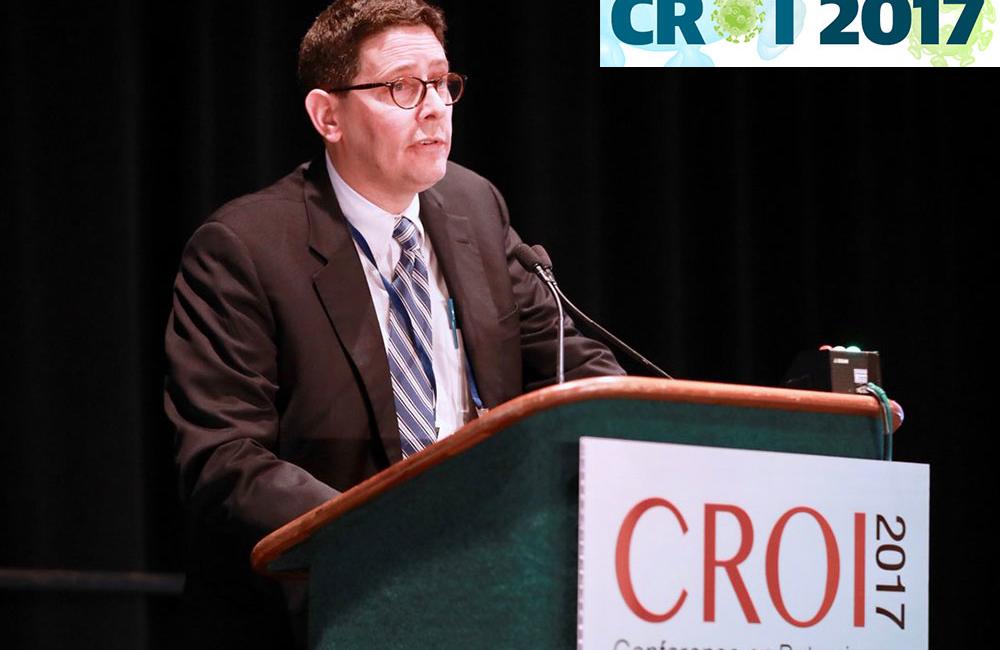 A study of pre-exposure prophylaxis (PrEP) users presented at the Conference on Retroviruses and Opportunistic Infections (CROI 2017) last week in Seattle, showed that PrEP users had very high rates of sexually transmitted infection (STI) diagnosis – in the order of 20 times higher than among HIV-negative gay men in the general population.

The evidence that STIs increased further while people were on PrEP was, however, a lot more ambiguous. Chlamydia cases increased from starting PrEP to nine months after starting it. On the other hand, syphilis diagnoses fell over the same time period while gonorrhoea diagnoses stayed at the same rate. The only STI which increased during PrEP was urethral gonorrhoea. But that was only seen in a small number of individuals.

In a symposium, Professor Matthew Golden, who runs King County’s STI and HIV programme, told the conference that some other studies such as the Kaiser Permanente PrEP programme in northern California showed that STI rates increased after PrEP was started. Others, such as the PROUD study, provided little evidence of this.

The problem in proving that PrEP has any causal relationship to STIs is that STIs among gay men were, in general, rising well before PrEP, and also that PrEP usually involves regular testing for HIV and STIs. Since many STIs are asymptomatic and self-limiting, more tests will result in more diagnoses.

The criteria for starting PrEP in the programme were being a man (including transgender) or transgender woman who had sex with men and who reported rectal gonorrhoea, early syphilis, methamphetamine or nitrites (poppers) use, or sex work in the year before asking for PrEP; or, alternatively, that they were anyone with an HIV-positive partner who was not on treatment, not virally suppressed, or within their first eight months of viral suppression. Although these criteria could have included heterosexuals in practice all the cohort were men who have sex with men.

A total of 218 men started PrEP and completed baseline behavioural questionnaires but only 108 completed follow-up to nine months. This was a young cohort on average (average age 30.6) and ethnicity reflected the racial makeup of Washington State; 53% were non-Hispanic white, 22% Hispanic, 10% Asian or Pacific Islander, 9% African American, 2% Native American and 4% other ethnicity.

The proportion saying they had never used condoms in the previous three months was 6% at baseline and 10% three months after starting PrEP, though it declined to 8% at nine months.

STI diagnoses increased significantly from a year before starting PrEP to the time PrEP was started. In the three months ending a year before PrEP start, 6.5% of participants were diagnosed with chlamydia, 10.2% with gonorrhoea and also 10.2% with early or early-latent syphilis. When tested at the start of PrEP the proportion diagnosed with chlamydia was 16%, nearly three times the rate, and 20.4% with gonorrhoea, twice the rate. Syphilis increased slightly to 12%.

All this may show, however, is that people at high STI risk tend to seek PrEP, and that comprehensive testing picks up more STIs than ad hoc testing.

The evidence that STIs increased during PrEP is more ambiguous. Chlamydia and particularly rectal chlamydia diagnoses did increase further, from 16% to 22%, and from 15% to 19%, respectively.

On the other hand, diagnoses of gonorrhoea and rectal gonorrhoea stayed at the same rate of around 20% and around 14% respectively. And early and early-latent syphilis decreased, from 12% to 7%.

It may be relevant that diagnoses of chlamydia, the STI most likely to be asymptomatic, increased the most. So Golden and colleagues picked out two STIs that were generally not asymptomatic in order to try and factor out increases due to the detection of asymptomatic cases. The results were contradictory. The proportion of men diagnosed with urethral gonorrhoea, which is nearly always symptomatic, increased from 0.9% at baseline to 5.6% on PrEP. One the other hand, diagnoses of primary and secondary syphilis, excluding early latent syphilis, i.e. only syphilis in which symptoms are usually seen, declined both before and on PrEP, from 9.3% a year before baseline, to 7.4% at baseline, to 3.7% while on PrEP.

The STI rates in PrEP users were certainly high: rates of all three STIs were almost exactly 20 times what they were in the general HIV-negative gay population, and rectal STIs were 30 times more common – for instance, the general gay-population diagnosis rate of rectal gonorrhoea was 0.9%, versus 26% in PrEP users.

This was based on an assumption of high coverage – that 40% of gay men take PrEP – and as long as every STI gets treatment. STI incidence would remain unchanged rather than fall if only 50% got treated. However, these net benefits of PrEP are calculated on the basis of condom use in gay men on PrEP falling by 40% – they would be even greater if condom use did not fall.

There was no support for the hypothesis that PrEP could cause STI increases by themselves: in this model, even zero condom use under PrEP could not transform the STI rates seen in the general gay population into the ones seen in PrEP users. This backs up the idea that people seeking PrEP already know they are at high risk and don’t think that risk will change by itself.

A team of researchers in Switzerland analyzed data collected from more than 10,000 people with HIV over a period of two years.
CATIE
12 Jan 23
Sexual health