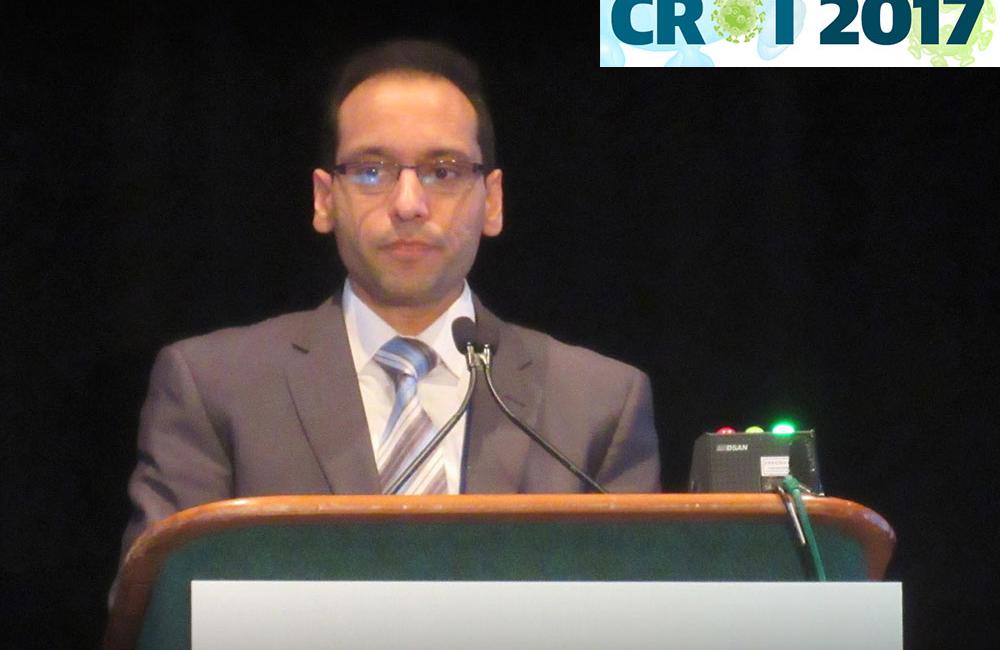 A pair of long-acting monoclonal antibodies that prevent HIV from entering human cells – ibalizumab and PRO 140 – may offer new treatment options for people with highly resistant virus and limited treatment options, researchers reported at the Conference on Retroviruses and Opportunistic Infections (CROI 2017) last week in Seattle.

Ibalizumab is a humanized monoclonal antibody that targets a human protein rather than attacking the virus directly. It binds to the CD4 receptor on the surface of T-cells and prevents the virus from entering them.

Ibalizumab (TMB-355) has been in development for more than a decade, currently by TaiMed Biologics and previously by Tanox (where it was known as TNX-355).

Early studies showed that ibalizumab was well tolerated and had antiviral activity against HIV strains that were resistant to other antiretrovirals. After it demonstrated modest efficacy in a previous phase 2 study, the US Food and Drug Administration (FDA) gave it orphan drug status and a breakthrough therapy designation.

Brinda Emu of Yale University presented findings from study TMB-301, a phase 3 trial evaluating the efficacy of ibalizumab for people who are unable to maintain viral suppression on their current antiretroviral regimen.

The study enrolled 40 heavily treatment-experienced participants. Most (85%) were men, more than half were white, the mean age was 51 years and they'd had HIV for over 20 years on average. At baseline they had a mean viral load of approximately 100,000 copies/ml and an average CD4 T-cell count of just 150 cells/mm3.

About a quarter had used at least ten previous antiretrovirals and they had documented resistance to at least one drug from three antiretroviral classes. Half had exhausted all available drugs in at least three classes and 15% were resistant to all approved antiretrovirals. However, they needed to have at least one active drug available to construct an optimised background regimen; to do so 43% had to include the investigational attachment inhibitor fostemsavir.

After a six-day observation period, all participants in this open-label study received a 2000mg loading dose of ibalizumab as an intravenous (IV) infusion while remaining on their failing regimen – that is, the antibody was essentially used as functional monotherapy.

At that point participants switched to an optimised background regimen determined by resistance testing. They receive another 800mg ibalizumab IV infusion on day 21 and then every other week until week 24. The researchers reported 24-weeks data in a late-breaking poster at CROI.

At 24 weeks, 43% of study participants achieved viral suppression below 50 copies/ml, and half under 200 copies/ml. While 60% of those with a baseline CD4 count of 50 cells/mm3 or higher achieved undetectable viral load, this fell to less than 20% for those with lower CD4 counts.

The overall average CD4 cell gain was 48 cells/mm3, but this differed according to baseline level: people who started with at least 50 cells/mm3 saw a mean gain of about 75 cells/mm3, while those with lower baseline levels gained an average of 9 cells/mm3.

Ibalizumab was generally safe and well tolerated, and most adverse events were mild or moderate. One person stopped the study due to a treatment-related serious adverse event (immune reconstitution inflammatory syndrome), five discontinued for other reasons and four people with advanced immune suppression died.

Although ibalizumab is not as potent as many other antiretrovirals, it may provide the added activity needed to suppress HIV in people with few or no other treatment options. But having to receive IV infusions at a healthcare facility every other week would make ibalizumab difficult to use.

However, as described in another poster presentation at CROI, researchers are evaluating a new formulation of ibalizumab that is administered by intramuscular injection. In this phase 1/2 study both tested doses – 800mg every two weeks and 2000mg every four weeks – were well tolerated and reduced viral load by up to 0.8 and 1.2 log10, respectively, when used as monotherapy for seven days.

PRO 140 blocks CCR5, one of the two co-receptors HIV uses to enter cells, acting like the oral antiretroviral maraviroc (Celsentri). An estimated 70% of people with HIV in Europe and the US, and up to 90% of newly diagnosed people, have CCR5-using virus.

PRO 140 is being developed by CytoDyn, which acquired it from Progenics in 2012. Clinical trial data have not been presented at scientific conferences for several years, but CytoDyn has issued numerous press releases tracking its progress. PRO 140 has been granted US FDA Fast Track status.

An early study showed that a single IV infusion of PRO 140 had potent antiviral activity, and a follow-up study found that weekly subcutaneous injections of PRO 140 reduced viral load significantly more than placebo.

Dr Dhody presented the latest results from the extension study of CD01, a phase 2b trial of PRO 140 as maintenance therapy for people who had achieved viral suppression on standard combination ART.

The full study included 42 HIV-positive adults with exclusively CCR5-tropic HIV who were on a stable ART regimen with undetectable viral load (<40 copies/ml). All participants in this open-label study started receiving weekly 350mg subcutaneous injections of PRO 140 while still on combination ART. After a week they stopped their current antiretrovirals and continued on PRO 140 as monotherapy. People who experienced viral rebound promptly restarted combination ART.

The researchers initially intended to continue PRO 140 monotherapy for 12 weeks, but at the end of this period some participants still had suppressed viral load, so follow-up was extended for up to an additional three years.

A total of 16 participants with sustained viral suppression were rolled over into the CD01 extension study and were trained to administer their injections at home. Most were men, the median age was 55 years and the median CD4 count was nearly 600 cells/mm3.

Dr Dhody reported that 13 of the 16 patients (81%) maintained viral suppression below 40 copies/ml for more than 40 weeks. Of these, 10 people (63%) had viral suppressed for more than two years and were still being followed on PRO 140 monotherapy. A single-copy assay showed that of the 10 suppressed patients, seven had <1 copy/ml, while three people had very low HIV RNA levels (4, 10 and 19 copies/ml).

Of the rest, five people experienced viral rebound, after a period ranging from approximately 100 to around 700 days, and one person moved away and stopped the study.

PRO 140 was generally safe and well-tolerated, with no serious adverse events or discontinuations due to adverse events. Injection sire reactions were mild and transient.

"These results support further development of PRO 140 as a simple, long-acting, single-agent maintenance therapy in selected HIV-1 patients who are experiencing antiretroviral toxicity, intolerance, or suboptimal adherence to a daily oral combination regimen," the researchers concluded, adding that they are currently trying to identify the factors that may predict good response.

PRO 140 maintenance monotherapy is being studied in a larger on-going trial, while PRO 140 plus other antiretrovirals are being tested for treatment-experienced people with multi-class drug resistance and unsuppressed viral load despite ART.

Taken together, these studies show that monoclonal antibodies hold promise as long-acting therapies for people with limited treatment options due to drug resistance. PRO 140 is more potent than ibalizumab and can be injected subcutaneously while ibalizumab currently requires IV infusion. But unlike PRO 140, ibalizumab is effective against HIV that uses either the CXCR4 or CCR5 co-receptors.