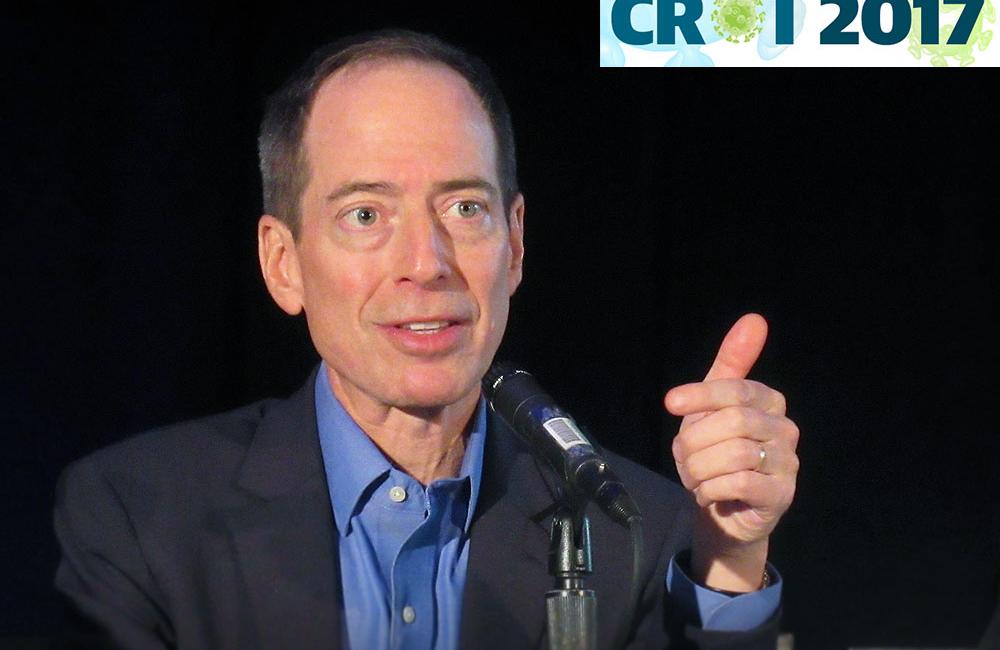 Bictegravir, an investigational integrase inhibitor from Gilead Sciences, was highly potent, well tolerated and worked as well as dolutegravir (Tivicay) in a phase 2 clinical trial, according to study results presented on Tuesday at the 2017 Conference on Retroviruses and Opportunistic Infections (CROI) in Seattle and published in The Lancet HIV.

Due to their high potency and good tolerability, integrase strand transfer inhibitors are an increasingly important part of initial antiretroviral therapy and are included in most recommended regimens for first-line treatment in European and US HIV treatment guidelines.

As previously reported, bictegravir demonstrated high potency against wild-type and resistant strains of HIV, favourable pharmacokinetics and an improved resistance profile compared to older integrase inhibitors. In a 10-day monotherapy study it reduced viral load by more than 2 log10 in people with HIV.

At CROI Joseph Custodio of Gilead reported that bictegravir was safe and well tolerated at doses ranging from 5mg to 600mg in healthy volunteers. Bictegravir inhibits renal tubule transporters, which lowers creatinine levels and leads to a decline in estimated glomerular filtration rate, but it does not cause actual kidney function impairment, he explained.

Bictegravir is metabolised equally by the CYP3A4 and UGT1A1 pathways. Custodio said it has low potential to be either a 'victim' or 'perpetrator' of drug-drug interactions. Bictegravir levels rose by more than 300% when administered with both CYP3A4 and UGT1A1 inhibitors, and fell by up to 75% when given with both CYP3A4 and UGT1A1 inducers. The drug had a half-life of approximately 18 hours, indicating it is suitable for once-daily dosing. Bictegravir had no effect on a common oral contraceptive or ledipasvir/sofosbuvir (Harvoni) for hepatitis C, and administering it two hours before or after minimises interactions with antacids.

The study included 98 previously untreated adults. Almost all were men, more than half were white and the median age was about 32 years. They generally had asymptomatic HIV infection with a median CD4 T-cell count of approximately 450 cells/mm3 and a median viral load of about 4.4 log10 copies/ml at baseline. They had normal kidney function and people with hepatitis B or C co-infection were excluded.

Participants in this double-blind study were randomly assigned (2:1) to receive 75mg bictegravir or 50mg dolutegravir, each with matching placebos. Both drugs were combined with 25mg tenofovir alafenamide (TAF) and 200mg emtricitabine, taken once daily with or without food for 48 weeks. The primary endpoint was the proportion of people with HIV RNA below 50 copies/ml at 24 weeks.

Both treatments were highly effective, with 97% of participants in the bictegravir arm achieving viral suppression at both 24 and 48 weeks, compared to 94% at 24 weeks and 91% at 48 weeks in the dolutegravir arm. Dr Sax noted that given the small numbers, these differences were not statistically significant and this study was not powered to determine full non-inferiority.

One person in the bictegravir arm and two in the dolutegravir arm had HIV RNA above 50 copies/ml at 48 weeks and had their virus sequenced for drug resistance. No significant resistance was detected in either arm.

Both regimens were generally safe and well tolerated, with no treatment-related serious adverse events and no deaths. The most frequent adverse events were diarrhoea (12% in each arm) and nausea (8% with bictegravir and 12% with dolutegravir). One bictegravir recipient with a previous history of allergic dermatitis stopped treatment early due to hives after 24 weeks.

Estimated glomerular filtration rate declines were -7.0 ml/min in the bictegravir arm and -11.3 ml/min in the dolutegravir arm at week 48, but there were no discontinuations due to kidney-related adverse events and no cases of tubulopathy, according to Dr Sax.

Bictegravir and dolutegravir taken with TAF and emtricitabine "both demonstrated high virologic response rates at week 24 that were maintained at week 48," the researchers concluded. "Both treatments were well tolerated, and no significant safety signal was detected in either arm."

These results were promising enough to proceed with phase 3 trials using a single-tablet regimen of bictegravir, TAF and emtricitabine. Dr Custodio noted that optimising the formulation allowed for a lower 50mg bictegravir dose in the co-formulation.

Sax PE et al. Bictegravir versus dolutegravir, each with emtricitabine and tenofovir alafenamide, for initial treatment of HIV-1 infection: a randomised, double-blind, phase 2 trial. The Lancet HIV. February 14, 2017 (online ahead of print). Read the full text.

The embattled company, which has been trying for the past year to prove its therapy leronlimab can work in diseases from cancer to COVID-19 to HIV, unveiled the leadership change Tuesday afternoon. Nader Pourhassan has been CEO since 2012.
FierceBiotech
27 Jan 22
Pharmaceutical industry

Are the foundations of Merck’s broad HIV development program crumbling? Having already paused combination work in response to a red flag, Merck has now temporarily stopped enrollment in phase 3 studies that are testing the backbone of its HIV strategy as a monotherapy.
FierceBiotech
7 Dec 21
More editors' picks