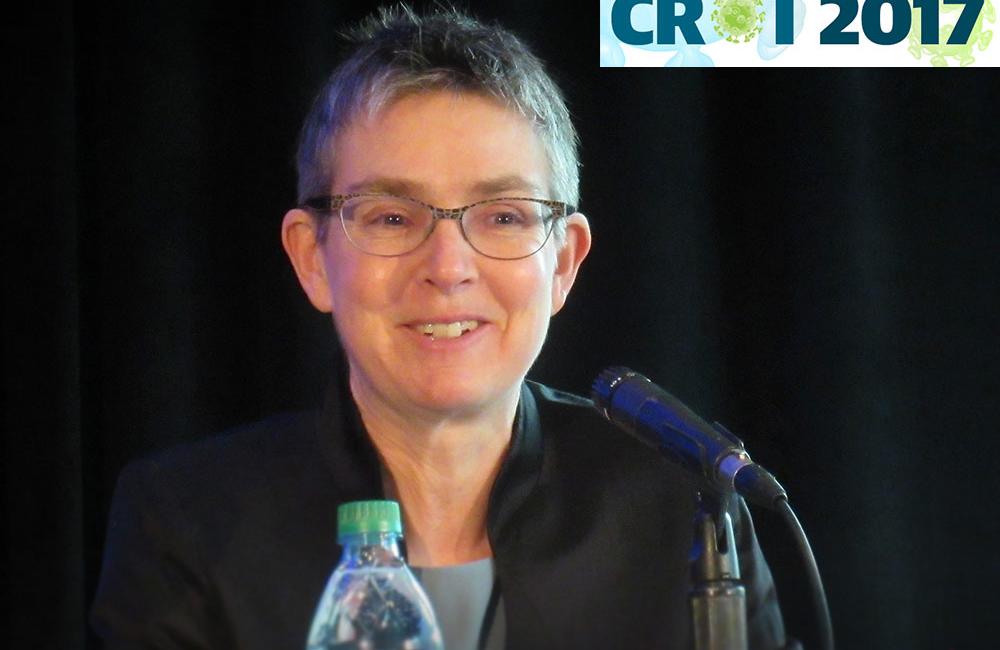 Viral load and viral DNA fall rapidly in infants who begin antiretroviral therapy (ART) within days of birth, two South African studies have found, showing the potential for clearing the reservoir of HIV-infected cells – but infants with such a dramatic response to treatment may be a minority. The findings were presented on Tuesday at the Conference on Retroviruses and Opportunistic Infections (CROI 2017) in Seattle.

Clearing the reservoir of HIV-infected cells is considered to be essential for developing an eventual cure for HIV infection, whether in the form of complete elimination of the virus or in the form of long-term viral control without medication, known as a functional cure.

The potential to eliminate HIV infection in infants treated soon after birth was first reported in 2013, when researchers discovered that a baby treated with antiretrovirals within days of birth appeared to have cleared HIV infection. The so-called “Mississippi baby”, identified by doctors in the US state, after her mother tested positive for HIV at the time of delivery, showed no traces of HIV when tested 23 months after birth and five months after interrupting treatment.

But, in this case, HIV eventually reemerged. At the age of three years and nine months, testing revealed that HIV was detectable and that it was identical to the virus isolated at the time of diagnosis, ruling out any possibility of reinfection.

Researchers have subsequently begun to investigate if the disappearance of HIV in infants treated soon after birth is common, and whether any infants experience complete disappearance of HIV DNA. In the case of the Mississippi baby, HIV DNA remained detectable at a very low level. If HIV DNA became persistently undetectable, it might indicate that HIV treatment has eliminated the pool of HIV-infected cells and that the risk of viral rebound after stopping treatment would be low.

HIV DNA is integrated into immune system cells and may remain inactive, or latent, without producing new virus, for the lifetime of the cell. If the cell is triggered to respond, HIV DNA will be triggered to produce new virus.

The reservoir of cells containing HIV DNA becomes established soon after infection, so to give the best chance of reducing or clearing HIV DNA in infants, researchers believe that it will be necessary to identify and treat infants within days of birth.

Kirsten Veldsman of Stellenbosch University reported on changes in HIV DNA in infants who were treated with ART within eight days of birth at Tygerberg Children’s Hospital. She described HIV RNA and DNA kinetics in five infants. In three infants, HIV RNA declined to less than 100 copies/ml within 3.3 months; in the two remaining infants, HIV RNA fell below 100 copies after 6.3 and 6.7 months respectively.

HIV DNA fell very rapidly in the first 15 days of treatment, before entering a more gradual decline. The median rate of decay was -2.3 log per month, indicating that HIV DNA diminished by 200-fold in each month of treatment.

Kirsten Veldsman observed that HIV DNA was cleared much more quickly in infants than in adults, possibly due to the much faster turnover of CD4 cells in infants, and that the second, slower phase of decay nevertheless occurred at a faster pace in those who started treatment within eight days of birth when compared to those who started treatment later.

But how common is such a rapid response to treatment? Another South African study reported on changes in viral load after infants were initiated on treatment in the first month of life.

A South African and US research group has been following infants initiated on ART soon after birth at Rahima Moosa Mother and Child Hospital in Johannesburg. Infants are tested with point-of-care viral load test (HIV Xpert) on weekdays if staff capacity permits, or as soon as possible through a laboratory viral load test, and then start treatment as soon as possible if positive for HIV RNA.

To date the clinic has identified HIV infection and initiated treatment in 75 infants as a result of immediate post-delivery testing. Just under half of these infants started ART within the first two days of life (n = 30), and Louise Kuhn of Columbia University Medical Center reported on early viral load changes in this group of infants. HIV RNA (viral load) was tested at weeks 1, 2, 4, 8, 12, 16, 20, 24, 32, 40 and 48. HIV qualitative PCR, used to check for the presence of HIV RNA in the absence of HIV antibodies in recently infected people, was carried out prior to treatment and at weeks 24 and 48.

The research group found huge variation in viral load responses. Although one-third of infants did achieve undetectable viral load, this took anywhere from 90 to 330 days, and in the remaining infants viral load either rebounded after initial suppression or never fell below the limit of detection.

In three infants, HIV RNA ceased to be detectable by qualitative PCR. Dr Kuhn explained, “If they presented for HIV diagnosis, they would test negative for HIV.” Whether this change is also apparent in HIV DNA levels remains to be determined by further tests still being analysed.