Are people with HIV and HCV co-infection who are cured of hepatitis C with DAAs at increased risk for liver cancer? 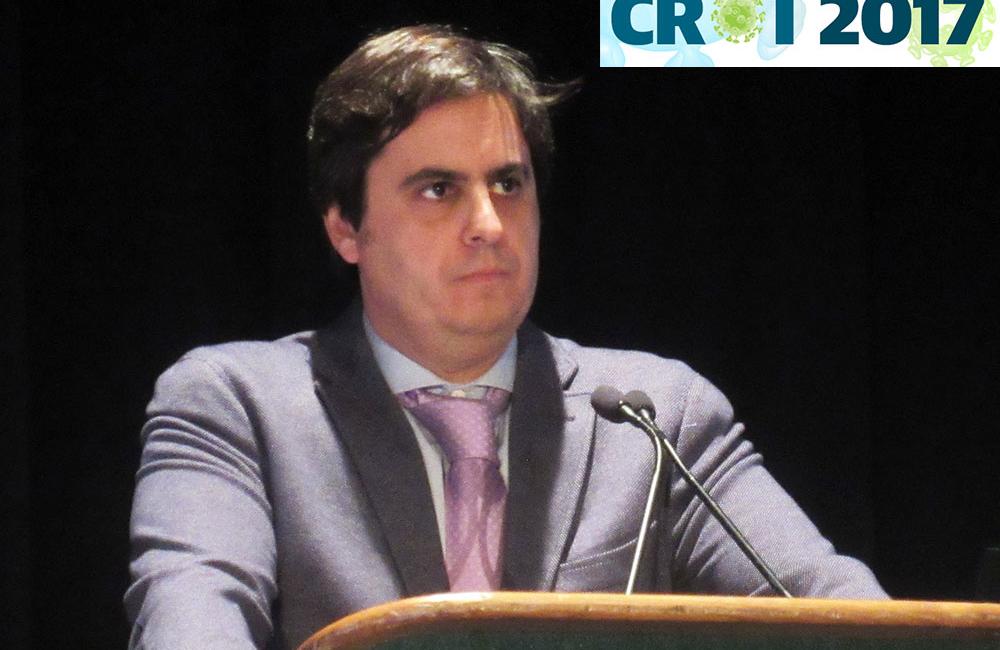 People with HIV and hepatitis C virus (HCV) co-infection who are successfully treated for hepatitis C using interferon-free direct-acting antiviral (DAA) therapy do not appear to have an increased likelihood of developing hepatocellular carcinoma (HCC), according to a study presented at the Conference on Retroviruses and Opportunistic Infections (CROI 2017) this month in Seattle.

More HCC cases are being diagnosed among people with co-infection cured of hepatitis C with DAAs compared to the old interferon-based therapy, but this could be due to the fact that more people with advanced liver disease are now being treated, suggested presenter Nicolás Merchante of Hospital Universitario de Valme in Seville, Spain.

Over years or decades chronic HCV infection can lead to advanced liver disease including cirrhosis and HCC, a type of liver cancer. Progression seems to be faster, on average, in HIV-positive people with HCV co-infection.

Successful treatment of hepatitis C – indicated by sustained virological response (SVR), or continued undetectable HCV after completing treatment – can slow or halt liver disease progression and reduce liver-related mortality. But liver damage is not fully reversed, and people who developed cirrhosis before treatment remain at risk for liver cancer and need ongoing screening.

Recent research has produced conflicting evidence about the link between DAAs and HCC. Studies presented at last year's International Liver Congress and published in the October 2016 Journal of Hepatology showed that people with HCV mono-infection with cirrhosis who achieved SVR had a higher than expected risk of developing liver cancer. This was not due to new HCC cases, but rather attributable to a high rate of HCC recurrence – about 28% in both studies – among people who had previously been successfully treated for liver cancer.

Further exploration of the association between DAAs and liver cancer in larger HCV mono-infected populations showed that people treated with DAAs do not appear to have a higher risk of developing HCC – and probably have a lower risk – according to studies from Italy and Canada presented at last year's AASLD Liver Meeting.

Merchante's team set out to look at the link between DAA therapy and development of HCC among people with HIV/HCV co-infection in GEHEP-002, a cohort of HIV-positive people with liver cancer at 32 centres in Spain.

This analysis included 319 cohort members with HIV/HCV co-infection identified between 1996 and 2016. The researchers broke this up into four time periods based on the evolving standard of care for hepatitis C:

Most of the co-infection cohort members were men (90%) and the median age was 49 years. About a quarter reported heavy alcohol use, another risk factor for liver cirrhosis and cancer. About half had HCV genotype 1, 1% had genotype 2, 36% had genotype 3 and 14% had genotype 4; about 14% had triple infection with hepatitis B virus. Under half (45%) had been treated for hepatitis C and 12% had achieved SVR.

Interferon-free DAA therapy is more effective and better tolerated than earlier treatments, and more people with advanced liver disease are now being treated and achieving SVR. Of the total 1305 people with HIV/HCV co-infection with cirrhosis cured before January 2017, more than two-thirds were cured with interferon-free DAAs.

Among eight people who had been successfully treated for liver cancer before receiving interferon-based therapy, one (13%) developed recurrent HCC. Among the 19 people who had curative liver cancer treatment before receiving interferon-free DAAs, four (21%) experienced HCC recurrence – approaching the percentages seen in the previously noted HCV mono-infection studies.

People diagnosed later generally had less advanced liver cancer. Both before and after 2014 about half of diagnosed people had multiple HCC lesions, but those diagnosed before 2014 were more than twice as likely to have metastases, or spread beyond the liver (19% vs 8%).

The proportion of HCC cases diagnosed among people with HIV/HCV co-infection with previous SVR "significantly increased parallel to the arrival of DAA interferon-free strategies," the researchers concluded.

"This finding may be, at least partially, explained by the fact that DAAs have allowed treating people at advanced stages of liver disease in which the protective effect of SVR on the risk of HCC could be less marked," they suggested.

As a limitation, they noted that the follow-up period was shorter for the interferon-free DAA period, so this study might underestimate the frequency of liver cancer developing in that group.

While the potential role of DAAs in HCC development warrants more research, they came to the reassuring conclusion that this study "has not found evidence for an increased incidence of HCC with DAA use."

Another group of investigators presented data on HCC occurrence in the Italian SCOLTA project, a prospective observational cohort of people with HCV mono-infection and HIV/HCV co-infection who started DAA treatment. This analysis included 1154 participants. Around two-thirds were men, the median age was 56 years and 34% had co-infection.

Over a median follow-up period of about 17 months, 21 people (1.44 per 100 person-years) developed HCC for the first time and six (16.61 per 100 person-years) experienced HCC recurrence. Eight new HCC cases and two recurrences were diagnosed during DAA treatment. People with co-infection accounted for four of the new HCC cases but no recurrences. Older age and more advanced fibrosis stage were associated with greater HCC risk, but not having HIV.

"Our findings indicate that, in cirrhotic patients, the incidence rate of HCC during the first 16 months following initiation of DAA therapy is not different from that expected in untreated patients," the researchers concluded.

Merchante's group also presented findings from a related study looking at real-life treatment rates for HIV-positive people with liver cancer. They found that a high proportion of HIV-positive people diagnosed with HCC did not receive therapy, or received less effective treatment, relative to recommendations based on BCLC stage.

"This situation becomes more frequent as HCC diagnosis is made in a more advanced stage," they stated. However, they added that access to therapy has improved in recent years, probably as a consequence of the increase in the proportion of HCC cases that are diagnosed at earlier stages.