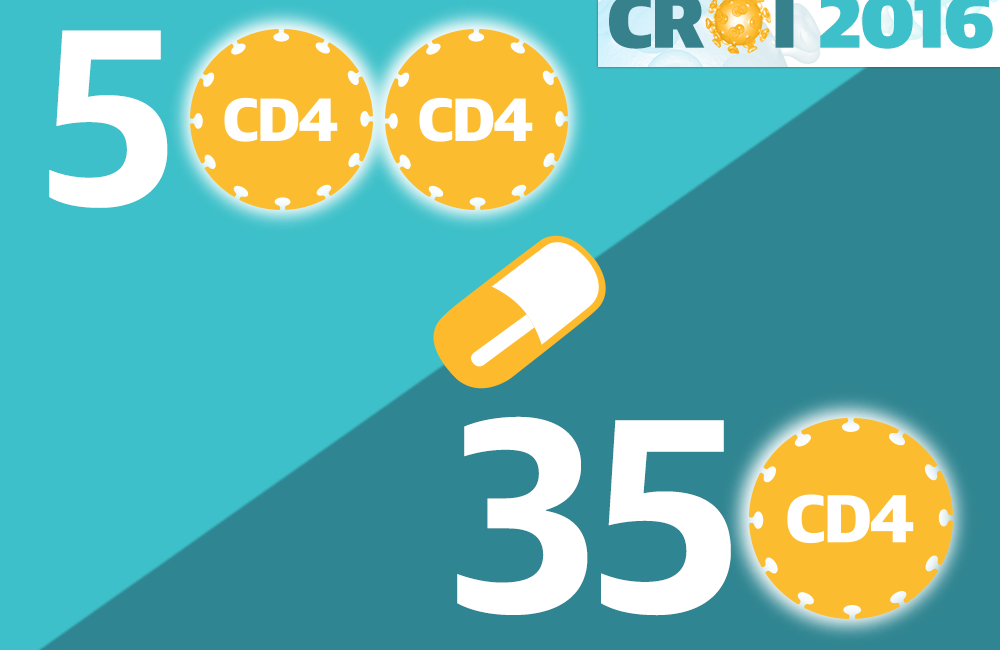 People who started antiretroviral therapy at a CD4 cell count above 500 had a significantly lower risk of developing a cancer with an infectious cause when compared to people who started treatment at a CD4 count of 350 or below, an analysis of the START study presented at the Conference on Retroviruses and Opportunistic Infections (CROI 2016) in Boston has shown.

The START study randomised people with HIV with CD4 cell counts above 500 cells/mm3 to start treatment immediately or defer treatment until their CD4 cell counts fell to 350 cells/mm3 or below. The study found that early treatment reduced the risk of serious AIDS-related events, serious non-AIDS events and death by 57%, and the risk of developing any cancer by 64%. When the findings were presented in 2015 investigators said that they found no difference in the impact of early treatment on cancers of infectious or non-infectious cause, but the analysis presented today has revisited the question in more detail.

Twenty-four cancers with a non-infectious cause occurred (eight in the immediate arm and 16 in the deferred arm). Prostate and lung cancer occurred more frequently, and a wider range of cancers occurred in the deferred arm, but there was no substantial difference in the incidence of any particular cancer between the two arms.

Whereas the annual cancer rate remained stable in people in the immediate group, the annual incidence of both infectious and non-infectious cancers increased over time in the deferred group.