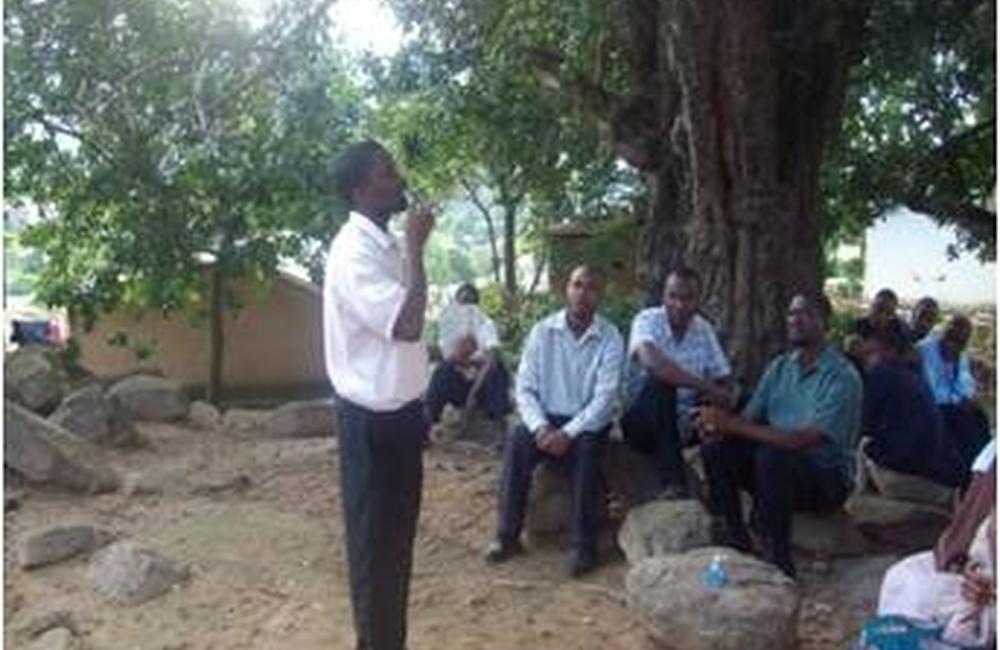 Self-testing for HIV under supervision using an oral test proved highly acceptable in Malawi, and could form the basis for wider and more regular testing in countries severely affected by HIV, researchers reported on Monday at the Eighteenth Conference on Retroviruses and Opportunistic Infections in Boston.

However many of the people who took part in the acceptability study said that they would still like counsellors to be involved in the testing process, and questioned whether people in one of the worst-affected countries in southern Africa really knew enough about HIV to get their test result without any support from a counsellor.

As reported previously (Is self testing on the way in Africa?), there is growing interest in offering people the option of carrying out an HIV test for themselves, at home or in private, as a way of increasing the uptake of HIV testing.

Regular testing – as often as once a year – is being encouraged in many African countries as one means of encouraging and supporting changes in sexual behaviour.

Some countries such as Botswana report high rates of recent testing. But in Malawi just 22% of the population took an HIV test in 2009, one of the lowest levels in sub-Saharan Africa.

Some experts believe that resistance to HIV testing is partly explained by fears about confidentiality in small communities and clinics.

However, prevention strategies that place regular testing at the heart of national efforts to limit new infections need to overcome a major hurdle: the lack of healthcare staff and clinic facilities to accommodate everyone who needs to be tested.

Furthermore, relying on a model of testing in which patients must come to the clinic will always fail to reach those who live far away from medical facilities, especially in poor rural areas.

Testing and counselling programmes have gone out into the community, and stimulated impressive levels of demand when mobile testing units have arrived in communities.

Offering people the opportunity to take and use self-testing kits was the next logical step in expanding the availability of testing.

Enthusiasm for self-testing in Malawi

Augustine Choko of the Malawi-Liverpool Wellcome Clinical Research Programme presented the results of a study designed to test the acceptability of using an oral fluid-sampling HIV test kit in private, with supervision.

A total of 72 individuals were also recruited to focus groups where the acceptability, merits and drawbacks of self-testing at home were discussed.

There was a high degree of willingness to participate in the research, and 93% (293) of those randomly selected as eligible agreed to join the study. A slight majority (52%) were women, and 57% had previously taken an HIV test. However, only 24% had been tested in the last twelve months.

Prevalence of undiagnosed HIV was high. Only 50% of the 48 patients who tested HIV-positive during the study were previously aware of their infection status.

Most patients (93%) opted to self-test for HIV. These individuals were given a brief demonstration of how to perform the oral test. Nearly all (99%) of participants said that the test was “not at all hard to do”.

However, 26 individuals (10%) made errors, and a further 10% needed extra help. The chief errors were removing the test kit from the developer fluid too early, having difficulty in taking an oral swab, and difficulty in reading the results.

All the study participants said that they would recommend home testing to their family or friends, and 99% told the investigators that they were “very likely” to use home testing again in the future. There was also a high degree of acceptance of the actual test result: 96.5% believed the result of the test was right first time, even before they underwent confirmatory blood testing. (Two false-negative results were identified through confirmatory testing.)

A clear majority (56%) said that they would prefer their next HIV test to be a self-test.

The focus group discussions showed that self-testing at home was valued because of its privacy. Other perceived advantages included the ease of engaging partners and other family members in testing, fitting testing into busy routines, and control over the testing environment.

But there were some reservations about self-testing, and concern was expressed about the provision of support to individuals who tested HIV-positive. Participants were asked to agree or disagree with a number of statements, including “These days most people know enough about HIV so there is no need for counselling”. Just 10% of participants agreed with this statement, and only 28% thought that a telephone hotline was sufficient to provide support after testing.

“What is hard to convey is just how excited our participants were. We had to fight off lots of requests for extra test kits,” said Augustine Choko.

Women were particularly enthusiastic about self-testing, said Choko, because they no longer felt that they were bearing the burden of HIV testing in a relationship. Previously men has relied on the results of HIV tests undertaken by their partners in the PMTCT programme to determine their own HIV status, leaving women vulnerable if they tested negative to a partner who refused to find out his own status.

“If you have kits at home it will be easy to convince him to test with you,” one woman told a focus group.

The convenience of self-testing was also rated highly.

“You don't have to catch a minibus and be on the queue for a long time,” said one woman, while another remarked: “You can self-test and continue doing other chores like cooking while waiting for the result.”

You can view the abstract from this research on the official conference website:

The webcast from the conference session Research on Delivery of Care in Developing Countries, includes the speaker Augustine Choko.